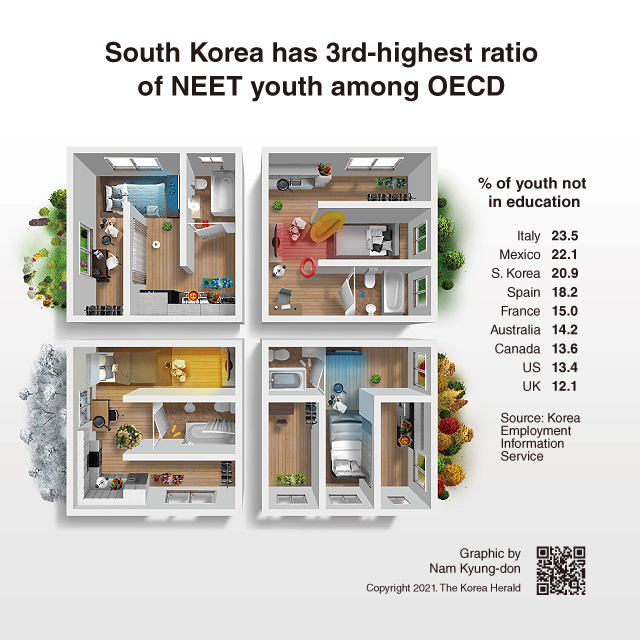 South Korea has the third-highest ratio of youth “not in education, employment or training,” or NEET youth, among members of the Organization for Economic Cooperation and Development, a report showed.

The average monthly number of NEET people aged 15-29 in the country is estimated at 1.56 million in the January-October period, according to the report from the Korea Employment Information Service.

Of the total, 778,000 were preparing for employment or seeking jobs, with another 507,000 unwilling to seek employment.

The tally accounted for 20.9 percent of people in that age group in Asia’s fourth-largest economy.

It was the third-highest percentage among member countries of the Paris-based club of rich nations after Italy’s 23.5 percent and Mexico’s 22.1 percent. (Yonhap)