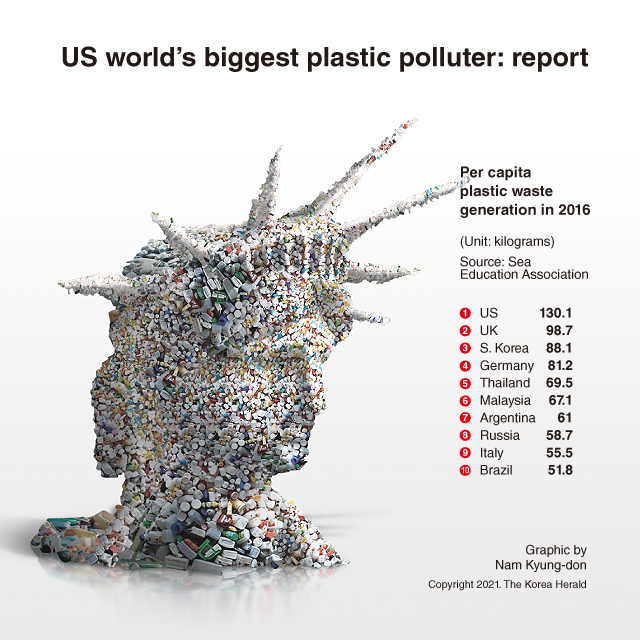 The United States is by far the biggest contributor to global plastic waste in the world, according to a new report submitted to the federal government that called for a national strategy to tackle the growing crisis.

Overall, the US contributed around 42 million metric tons in plastic waste in 2016 - more than twice as much as China and more than the countries of the European Union combined, according to the analysis.

On average, each American generates 130 kilograms of plastic waste per year, with Britain next on the list at 99 kilograms per person per year, followed by South Korea at 88 kilos per year.