HAIKOU, China, Aug. 5, 2021 /PRNewswire/ -- On August 2, the second season of the short documentary series Discovering Mysteries, which shines a light on the ecological and cultural geography of China's southernmost Hainan island, was officially released. The new season explores the mangrove forests, the wetlands, and the tropical rainforests around the island, as well as taking a close look at the mysterious, rare species living there.

Click on the video to watch the first episode, starring the adorable Soldier Crab!

The first episode of the new season, titled "Mudflat Crab Army", takes viewers into the fascinating world of the Soldier Crabs living on a mudflat in the mangrove forests of Danzhou, located on the northwest part of the island. 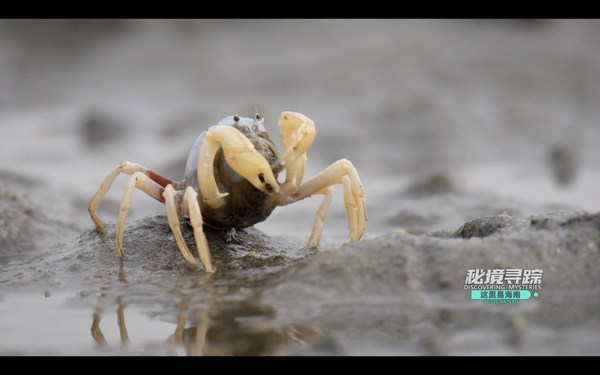 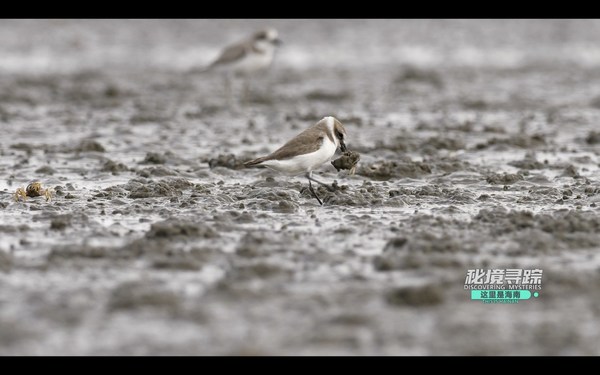 In the first season of Discovering Mysteries, which came out in May 2020, the film crew went deep into the forests of Yinggeling, Wuzhishan, and many other locations to film insects emerging from their larval phases and flying away from the surface of the water, Weaver Ants building their nests, White-crowned Forktails raising their chicks, a Leopard Gecko eating a cockroach, a leaf insect that is almost indistinguishable from a real leaf, and many more fascinating scenes.

The second season consists of 24 episodes, each running around 4 minutes, and will focus on the tiny creatures who live in the mangrove forest, the wetlands, Baihualing, and the rainforests of Wuzhishan, as well as Jiaxi and the Exianling nature reserve. Stay tuned to view the upcoming episodes on the official website of Hainan International Media Center (www.hicn.cn) or its Youtube channel (www.youtube.com/channel/UCXaxF-wOJlaxPLjQK5W4uKA).

The short documentary series Discovering Mysteries reveals the beauty and richness of the amazing natural environment of Hainan, focusing on nature, ecological protection, and scientific research, and giving viewers a look inside the natural ecology of the Hainan Free Trade Port, the many plant and animal species native to the island, and the achievements of the national ecological culture pilot zone.