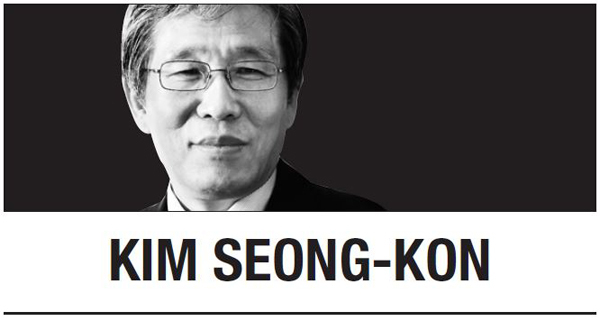 Recently on Netflix, I came across an American political thriller drama entitled “Designated Survivor.” The riveting drama mesmerized me instantly by tackling the recurrent theme in American films and literature: “What is America?”

“Designated Survivor” also explores, “What makes a great leader?” The drama was so intriguing that 10 million viewers watched its first episode premiere in 2016.

The drama series begins as an explosion destroys the Capitol building on the evening of the State of the Union address, killing not only the president and his entire Cabinet, but also all the Congressmen. This meant that the bomb killed everyone in the line of succession at the White House.

Just before the president’s State of the Union address, the White House named Housing and Urban Development Secretary Thomas Kirkman as the designated survivor and sent him to a safe house. Thus Kirkman, able to avoid the tragic massacre at Capitol Hill, finds himself suddenly sworn in as president of the United States. In the midst of many people who do not respect him as head of state, Kirkman has to navigate the complicated affairs of government despite his inexperience in politics, while investigating the tragic incident. As someone who has suddenly ascended from a lower rank in the Cabinet to the presidency, Kirkman encounters derision, hostility and even insubordination.

Initially, Kirkman is embarrassed and nervous, torn by his overwhelming duty as president and his obligation as a father and husband. Gradually, however, Kirkman proves that he is a man of honesty and integrity, with the capacity to embrace his political opponents and critics. Although he has become an overnight success of sorts, Kirkman is neither arrogant nor self-righteous. Instead, he is discreet, considerate and thoughtful before making a decision. Moreover, he consistently consults with professionals for their advice.

One noteworthy thing in the TV drama is the fact that in the United States, the Congress is completely independent of the White House. In the series, whenever President Kirkman invites a representative or a senator to the Oval Office and asks his or her cooperation, all of them refuse his request bluntly. This indicates that in the US, the White House cannot control Capitol Hill at all. This is obviously different from other nations where the National Assembly faithfully carries out the president’s wishes.

Finally, Kirkman not only succeeds in earning respect and applause, but also turns out to be one of the best presidents ever with his superb leadership. At the end of the final episode of the first season, Kirkman gives his first annual State of the Union address. He proudly says, “America is not just simply a country, nor is it the sum of its 50 states. It is an idea. A bold and righteous idea, a guiding light that can never be extinguished.” Then he continues, “So let us say to the rest of the world: We welcome your friendship and extend an open hand to anyone who wants to make lives freer and better.”

Kirkman’s speech reminded me of what Hector St. John Crevecoeur wrote in his seminal essay, “What is an American?”: “The American is a new man, who acts upon new principles, entertains new ideas and forms new opinions.”

It also resonated with Robert Scholes who wrote in his book, “Fabulation and Metafiction”: “Americans live in a country which was itself a fabulous fiction that grew in the minds of men like Columbus, Hudson, and John Smith before they found it and founded it. And in the minds of other men like Paine, Jefferson, and Franklin, who invented its political and social structures out of their ideals and hopes, and then sought as actors on the stage of history to make a real nation out of their fabulous dreams.”

Unlike the United States, some nations do not hesitate to alter their constitutions. American political analysts and commentators have pointed out that if people allow their politicians to alter the constitution, there is a danger that politicians will alter the original ideals and dreams of their country, such as changing it from a liberal democracy to a people’s democracy, or from a capitalist country to a socialist country. The government can even confiscate land, not allowing personal property, as some socialist countries do.

People can add amendments to the constitution, if required. By doing so, they do not need to alter the principle of the constitution that is the founding idea of their country. Besides, for many nations, now is the time for resuscitating their moribund economy, not for altering the constitution for political gain. A great leader would not do such a thing in times of crisis.


By Kim Seong-kon
Kim Seong-kon is a professor emeritus of English at Seoul National University and a visiting scholar at Dartmouth College. -- Ed.