The hit singles, solo and unit projects and hidden gems in the albums 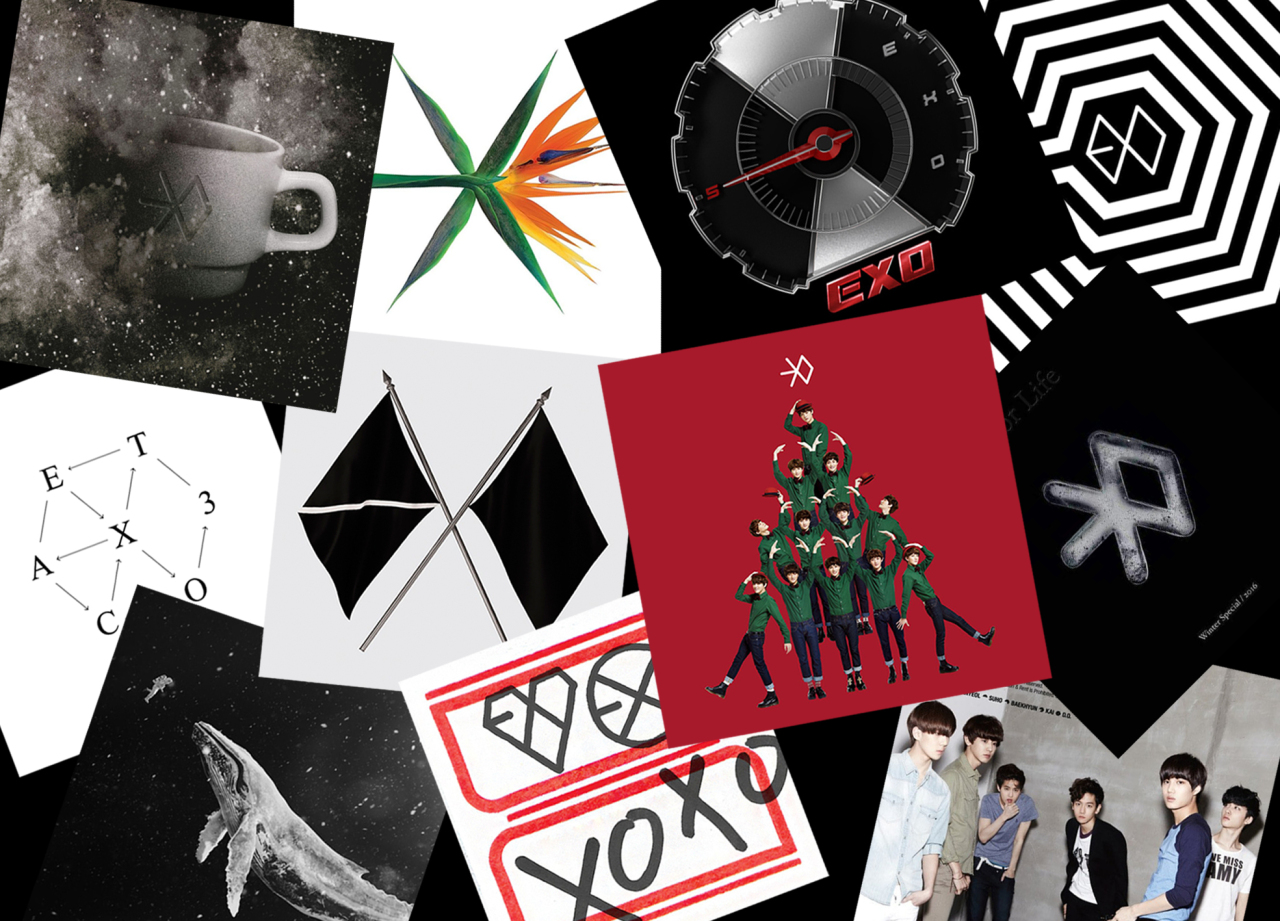 EXO debuted in 2012 and in the next eight years they would go on to become one of the biggest boybands in the world.

From electropop, EDM to hip-hop, here is a comprehensive look at the group’s backlog spanning six studio albums and six EPs as a whole as well as multiple records as soloists and units.

From the get go, the song opens with a calm yet dramatic intro consisting of lingering piano riffs before the track catches speed and builds suspense.

The pop tune from the group’s first studio album “XOXO” talks about falling for someone so hard that that it compares to a heart attack.

The song lives up to the title from the beginning with its psychedelic intro as the group explores the authenticity of love. The thumping beats alone make the song deserving to be on the list.

Fronting the debut album of EXO-SC, a duo consisting of Sehun & Chanyeol, the song is self-reflective.

Chanyeol said, “It’s about us. Lyrically, it projects our own thoughts, daily lives and ideal lifestyle, as we always try to work hard and play hard,” he said while Sehun said their boss Lee Soo-man told them he loved the track during a meeting.

The song features EXO’s signature dramatic beat drop on the eve of the chorus as the group sings about ambitious feelings in the early hours before a new dawn.

Though many people might associate EXO with a high-energy pop sound, “My Answer” proves the group has the vocal capacity to pull off a power ballad.

The 2014 track from the group’s second EP “Overdose” is a rhythmic ballad packed with dramatic guitar solos.

Lay went fully tropical with “Namanana,” a dance pop tune packed with popping moombahton beats and brass riffs. The 2018 single was the lead track from Lay’s third solo effort, as well as on his US debut album of the same title, which was released as a double record.

It all kicks off with a group chorus that goes, “A-yo” as the hopeful song tells you to run with the boys. It’s an instant mood lifter.

With its upbeat sound and heightened mood, it’s a quintessential teen pop-rock song.

38. “Touch It”
Jazzy and sassy are two words that spring to mind when you hear this groovy track.

Chanyeol sings about romance through four seasons in SSFW, which stands for spring, summer, fall and winter. One lyric goes, “Come find me like the four seasons,” as the upbeat ballad number builds into a chorus that shows of his smooth, husky voice.

Suho teamed up with singer-songwriter Jane Jang for the psychedelic R&B track which was released as the 48th SM STATION track with the lyrics written by the duet themselves.

D.O. went for the acoustic sound with his solo track “That’s okay.” The single was released on the same day as he joined the military, leaving fans with something to remember him by during his service.

Packed with humping drums and melodious piano riffs, the group tops the song off with emotional vocals and smooth rapping.

Complementing Xiumin’s smooth yet powerful singing voice, the string-heavy love ballad conjures up images of romance with its heartwarming melodies.

“Lightsaber” was released as a song to promote the movie “Star Wars: The Force Awakens” in South Korea. The Star Wars-inspired video for the futuristic track is a must watch for sci-fi fans.

If you are looking for a groovy and soulful tune that could get you in the mood of bopping and finger-snapping, here is the brass-heavy “Tender Love” – blissful pop perfection.

Like the spring, “Blooming Day” makes for the perfect soundtrack for a picnic.

Elevated by the heavy electro bass, the mid-tempo tune makes you feel like you are floating on clouds.

Baekhyun’s solo track “UN Village” is an R&B tune based on the posh neighborhood of the same name in central Seoul, one of the most popular dating spots in the city.

EXO tackles the big question of what love is on this soulful R&B track.

Written by S.M.’s top in-house writer Kenzie, the sentimental power ballad with the arrangement reminiscent of ‘80s disco ballads is as catchy as it comes.

It’s time to sit back and enjoy the beautiful vocals of the boys as they sing this winter ballad for us.

Like the green-clothed boy, the song oozes innocence with the powerful chorus in unison makes this track a grower.

The first release by EXO-CBX was written by a team of writers including Hyuk Shin, who also produced alongside MRey features Baekhyun’s rap.

Yes, it does sound like saying the group’s name twice. The cute song from the first studio album of the same title captures their youthful charm

The ballad’s grandiose sound and echoey vocals give the song a layer of emotion, complete with the last round of the explosive chorus.

If you are going to pull off a song about an animal, you want to take note of the electrifying song that sees the group nail down the wolf howl, “Awooooooo.”

On the string and piano-laden acoustic ballad, the group promises everlasting love as they sing, “Giving you my heart and soul.”

The group bets big on rhythmic beats on the 2016 bass-heavy track produced by LDN Noise and manages to pull it off.

Beautifully sung harmonies and a generous dose of piano riffs complement the winter ballad track whose Korean version was recorded by sung by D.O., Baekhyun and Chen.

13. “Love Me Right”
The sax-filled tune presents an extremely danceable sound with the help of funky brass lines and dynamic beats.

Produced by LDN Noise, the 2017 EDM single from the repackaged edition of the group’s fourth studio album “The War: The Power of Music” embodies powerful energy with the aid of addictive drum beats and synthesizers.

Released as one of the two prologue singles before the release of their “Mama,” the song is the quintessential capital-P pop that put EXO on the map.

Released as one of the double title tracks along with “Monster” for the group’s third studio album “Ex’Act,” the disco-inspired dance pop tune was also given the music video treatment.

9. “Obsession” (2019)
Packed with urban synth and bass, “Obsession” sees the group tap into their inner darkness. The repetitive hook of “I want you I want you want you” ushers in a new sound for the group – one that is more mature and edgier.

The energetic yet laid-back reggae tune is an absolute summer anthem that captures refreshing summer vibes.

The dance tune, which is packed with elements of hip-hop and R&B, was produced by the American production duo The Underdogs while Kenzie wrote the lyrics.

The lead single from the group’s debut EP of the same title would go on to mark the very beginning of a successful 8 years. The orchestra-laden rock-pop track was written by Yoo Young-jin, a top songwriter at S.M. Entertainment

The million-seller track is among the group’s finest work, Comes with fun lyrics and addictive hooks, the tightly arranged R&B/pop track is such an earworm of a song.

From the a cappella intro to the funky chorus, the song reveals itself as the pop gold it is from the get go. Featuring powerful basslines and rhythmic beats, the hip-hop dance track sees the group talk about the excitement of being in love and wanting to continue uninterrupted.

Lyricist Kenzie and hit-making duo LDN Noise teamed up for the medium-tempo dance tune. Like the title, the genre-bending track is grand and dark. The song kicks its up a notch dramatically as the electrifying chorus comes on following an unmissable beatdrop.

“Love Shot” is a playful yet sensual song that heavily features 808 bass top off with a criminally catchy lyricless chorus.

1. “Growl”
Many still associate EXO with this megahit single from 2013 that sold over 2 million copies. EXO made history with the dance-pop tune with heavy influences of R&B and funk as they performed the song during the closing ceremony of the 2018 PyeongChang Winter Olympics in a once-in-a-lifetime opportunity.