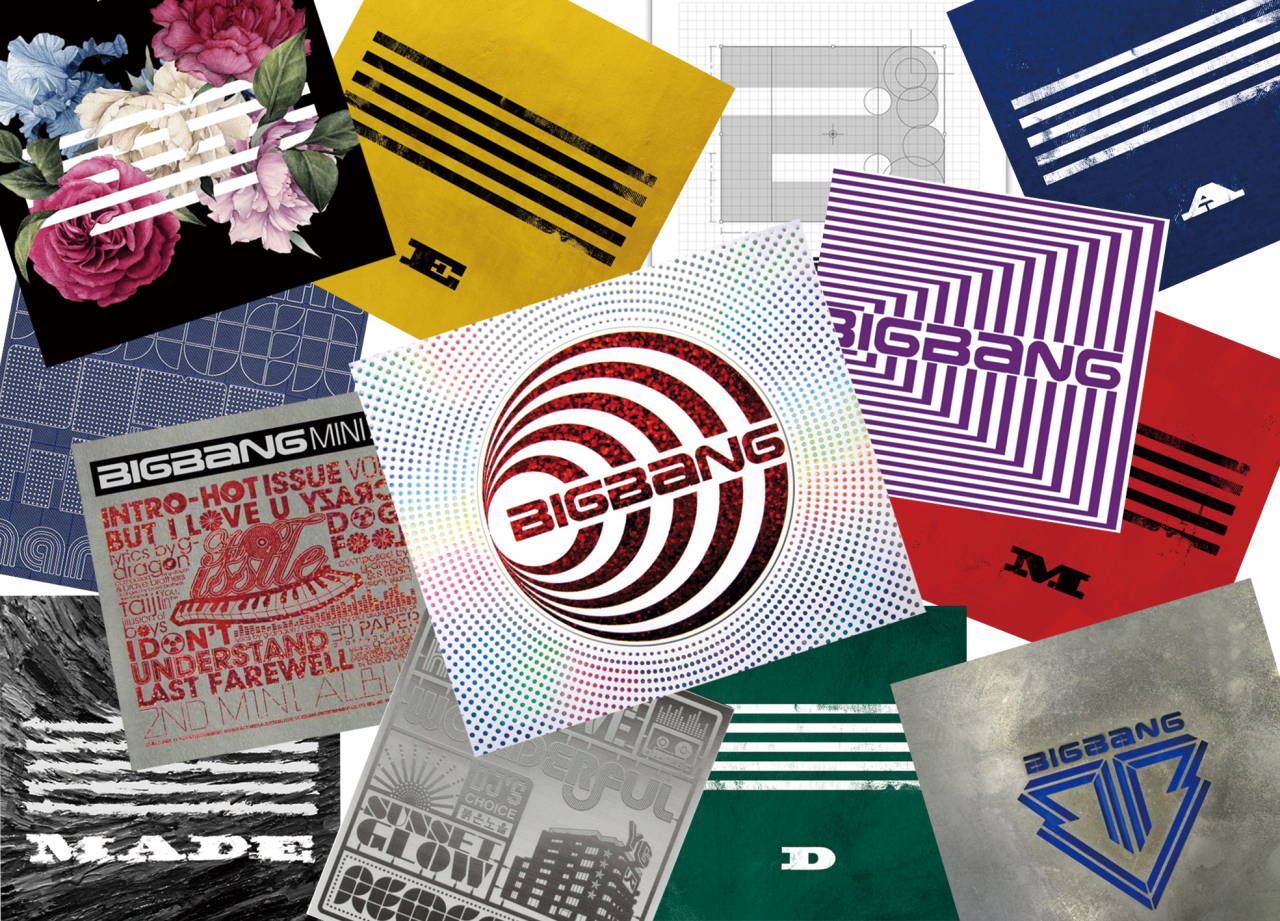 Though BIGBANG’s previously scheduled comeback by way of Coachella in April didn’t happen, all signs point to their incoming return to the music scene.

In March, the group put on a united front after a tough year as all four members renewed their contract with YG Entertainment, for the third time since their debut in 2006.

And we are celebrating the group’s work with these top 50 tracks from the group’s back catalogue spanning over a decade.

One thing BIGBANG does well is straightforward and candid lyrics and the song opens with the line, “Honestly our chemistry’s not working right now” from G-Dragon and T.O.P.

The rhythmic tune featuring speech-like singing and spitfire rap is a grower and slowly raises your heartbeat.

The playful tune talks about a guy who’s so deep in love with a girl that that he’s willing to put his ego in the back burner.

The textured dance pop song doesn’t shy away from using autotune and a gang chorus to keep the mood afloat.

The straightforward party anthem was first released as part of their Japanese single “Tell Me Goodbye.”

The smooth R&B pop song from the group’s first single put them on the map for the music scene.

As the buzzing electric guitar line cuts through the energetic song, the lyrics talk about the power of money.

The intimate track with straightforward lyrics sung by Taeyang features his soulful vocal and a soft arrangement.

Starting off with a bang with thumping drum and bass, the track sees the group incorporate rock and electro-pop.

G-Dragon teamed up with Brave Brothers and Teddy to deliver the track which encapsulates the group’s signature easy-to-listen-to electro-pop sound.

The R&B track sees T.O.P and a female vocal go back and forth as he talks of acting normal while feeling hurt inside after a break-up.

The title track from their second single album “BIGBANG Is V.I.P” is a catchy hip-hop-hinged pop song.

The Brave Brothers-produced track samples “You in the Fantasy” by Seo Taiji and Boys.

The two bandmates teamed up for the hip-hop single written by G-Dragon himself. The cheeky club banger talks of being a “lil hamster” in the day and a “gangster” while making love at night.

With delicate piano and string riffs and the right amount of auto-tune, the soft-rock electro number manages to build up speed throughout.

The boys sing about giving full support to someone you love even in the toughest time in life.

The hopeful lyrics to the song were written by none other than Yang Hyun-suk.

The melodious bubblegum pop tune falls on the brighter side of their discography.

The catchy and straightforward song is like a younger brother of “Haru Haru” as the two tracks share an eerily similar sound, which are both from the group’s third EP “Stand Up.”

Yes, you’ve guessed it right. It is the remake of Maroon 5’s 2002 hit single by the same title. G-Dragon’s own spin gives the version a layer of lightness.

Just like the title, the groovy track with subtle sax riffs brings you straight to a café.

Arriving as the last part of the 2016 album “Made” to be revealed before its release, the song is a pleasant throwback to the group’s hip-hop sound in their early days.

With mid-tempo beats and melodious chords, the apologetic break-up song is smooth and bittersweet.

The synth-heavy tune is an instant mood lifter where the members can be heard declaring, “My baby, I’m your daddy.”

The suspenseful track was featured in the soundtrack of espionage television drama series “Iris.”

The sentimental track with gentle guitar riffs with sweet and innocent melodies has sexually charged lyrics and a video that depict a grown-up romance.

“What is right and what is wrong?” the band sings as they struggle to tell apart right from wrong in a relationship on this up-tempo track.

The track from their 2012 EP “Alive” falls right in the middle of the group’s full-on party anthem and acoustic sound, presenting a relaxing yet upbeat sound.

BIGBANG can set the dancefloor ablaze but also deliver a heartfelt ballad that pulls at your heartstrings and this song falls under the latter.

The cheerful party anthem with uplifting guitar riffs and a gentle gang chorus is a celebration of the weekend life.

With G-Dragon and T.O.P’s rap and Park Bom’s vocal, the piano-laden R&B track from the early days of their career makes for perfect nighttime listening.

“Zutter,” which means “dope” in Korean, was a single released by GD & T.O.P, marking their first work as a duo since their debut self-titled debut album in 2010.

In one of the biggest in-house collaborations, BIGBANG and then records label mate 2NE1 provided us with this pure bubble-gum pop perfection.

The pop-rock ballad is heavy on melodic guitar riffs, a departure in style from the band’s previous singles. G-Dragon, T.O.P and Teddy, who is a producer at YG, wrote the lyrics while the latter also teamed up with G-Dragon to write the melodies.

A generous dose of synths and tropical beats, the electro hip-hop tune sees the group go back to their hip-hop roots with a modern twist.

The 2011 single saw the group return to the South Korean music scene as a whole after nearly two years of releasing solo work and focusing their career in Japan.

The third single of the group’s third full-length studio album “Made” is a rock-tinged pop tune written by Teddy, G-Dragon and T.O.P.

The pop-rock tune, characterized by acoustic melodies and the group’s sentimental dance sound, comes with a video where the bandmates delve into acting with each of them coupled with a different actress.

The first single from the group’s third studio album “Made” marked the beginning of another chapter in the band’s career after a nearly two-year hiatus. In an interview in 2015, G-Dragon said the group suffered a “bit of a slump,” with the leader having a hard time writing new songs for a while.

Arriving toward the end of the winter season, the track fronting their fifth EP “Alive” with strong beats presents a crispy sound that reminds you of the cold and fresh air early in the morning.

With the aid of energetic electro-pop sound and addictive hooks, “Last Farewell” is a perfect example of those who have just found out about BIGBANG and its legacy.

G-Dragon worked with Japanese DJ Daishi Dance on the track with the famous piano-laden riffs.

Written by G-Dragon and T.O.P, the track sees the group skillfully switch between rapping and singing as the high-tempo song magically transitions from delicate singing into a dramatic and explosive piano-ridden chorus.

As the list approaches the end, we present “Last Dance.” The emotional orchestra-backed ballad has the break up-themed lyrics, which some fans interpret as an ode to fans, as T.O.P became the first member to do the mandatory military service soon after the single.

With a light acoustic guitar arrangement, the melodious song proves keeping it simple can go a long way. Without much production, the group delivers home every lyric of the emotional track which remains BIGBANG’s last work.

“Lies” is undoubtedly the group’s breakthrough hit. Composed by G-Dragon who also wrote the lyrics, the award-winning track set the tone for the general sound of some of the band’s works in the coming years.

The electro dance-pop tune is arguably one of the most successful tracks for not only BIGBANG but K-pop. The instantly recognizable beat drop in the song makes everyone go wild the dancefloor.