Coronavirus outbreak has drastically changed this reporter’s life in Seoul 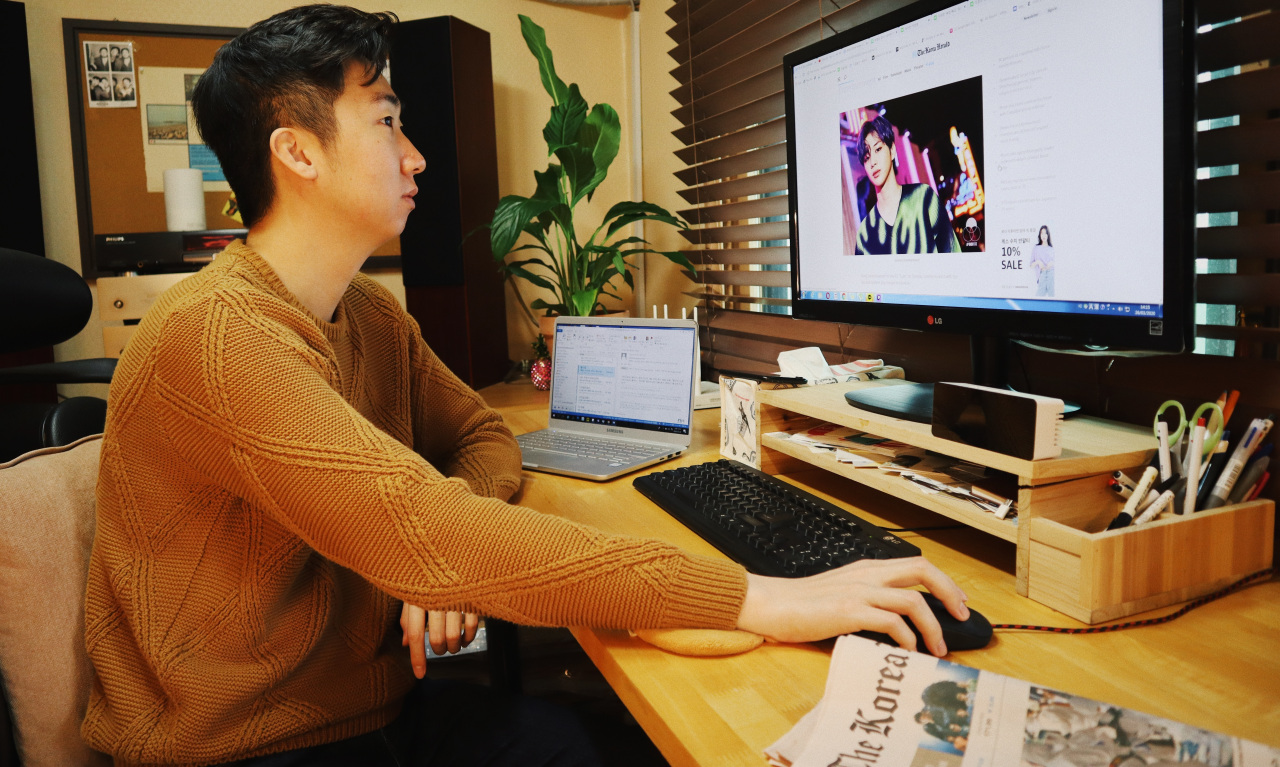 It’s been over a month since I last went to a media showcase event for a new music release.

When I arrived at YES24 Live Hall for Pentagon’s showcase on Feb. 12, I knew things were changing, given the presence of a thermal camera, not to mention that I had just been sprayed with a disinfectant upon arrival.

But I never thought that would be my last press event for weeks to come. Nowadays, I open emails from management agencies about new releases without the expectation of an invitation for an event.

With a series of concerts canceled, press showcase events going online and music shows being filmed without an audience, I’ve mainly stayed home -- as advised by the government.

This has meant that I’ve had to overhaul how I pitch stories and go about reporting without going out or being around a lot of people.

Quite a few reporter friends have shared their struggles to find new subjects to write about with me, which should tell you that many people share the same concern.

In my case, I decided to turn to the online world to look for my sources and have conducted interviews with people in other countries through video chats, including with some of the producers and songwriters from BTS’s latest album.

I do go out from time to time when a person-to-person interview is necessary, or to the office to livestream with my colleague on V Live. But when I do, I always wear a mask.

In late February, our team took the initiative and decided to work from home as the number of cases began to spike in relation to a religious group in Daegu.

And I knew things were really shifting when Big Hit Entertainment decided only the day before to hold a much-anticipated press conference online for BTS’ latest album, “Map of the Soul: 7,” without an audience.

It’s a stark contrast to last April when the press event for their previous EP, “Map of the Soul: Persona,” saw a huge pool of media outlets fill out Dongdaemun Design Plaza.

The audience-free event was soon followed by the cancellation of the Seoul leg of their world tour in early April, which was a tough but inevitable decision.

South Korea was one of the first countries to be hit by the coronavirus outbreak after China, so it was the calm before the storm for music reporters in other parts of the world. Now my Twitter timeline is filled with reporters in the US and the UK sharing the same concerns.

The outbreak has not completely put the brakes on the music scene, however. Earlier this month, Itzy gave us the bop that is “Wannabe,” Kang Daniel released his new EP “Cyan” and (G)I-dle is still set to release a new EP in early April.

But with Lady Gaga delaying the release of her new album, which is rumored to feature a collaboration with Blackpink, it’s hard to predict which artist is going to be affected, and how, amid the outbreak.

Korea is relatively in a better place now, as the country’s widespread test-and-track approach seems to have flattened the curve so far.

But health experts are warning that the outbreak could be a long fight, and just like anyone else in this unprecedented time, entertainment reporters might be well advised to be ready for a tough journey.