[Eye Plus] Racecourse Park in Gwacheon

At the Racecourse Park Subway Station, the compound of the Korea Racing Authority, the country’s sole race administrator, boasts the nation’s largest thoroughbred flat tracks with a 450-meter home stretch and two grandstands accommodating over 70,000 people. 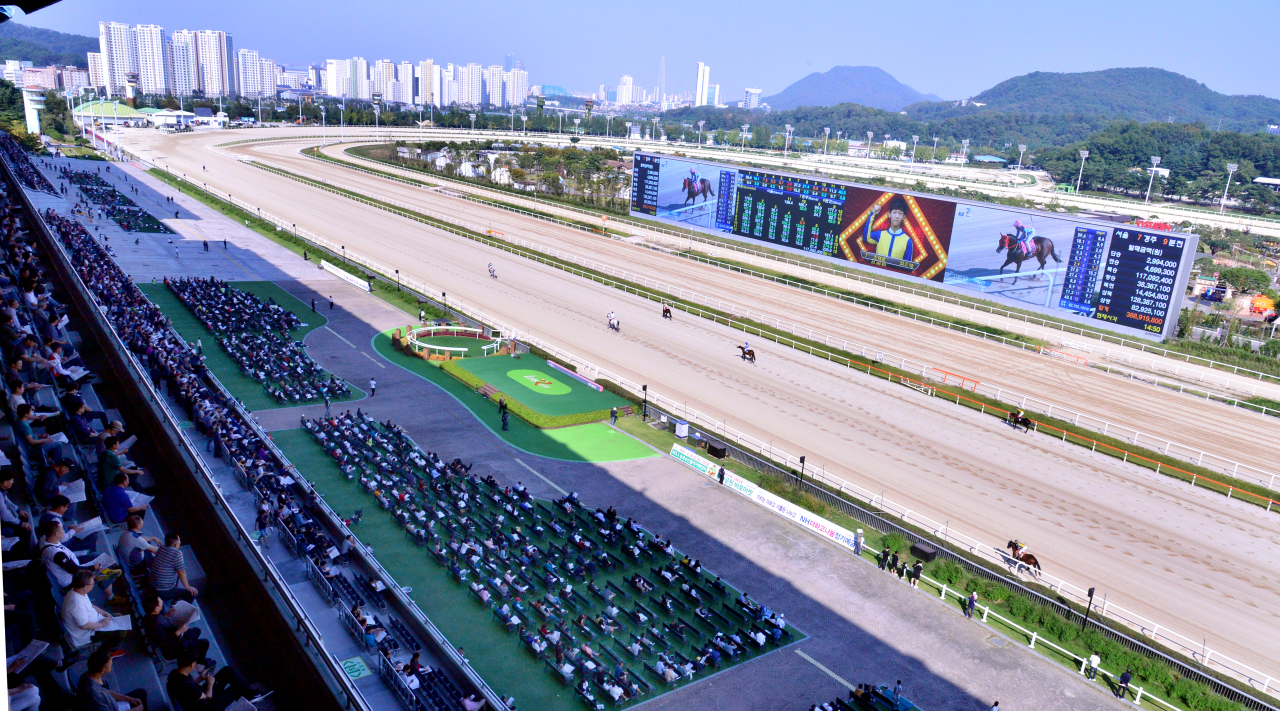 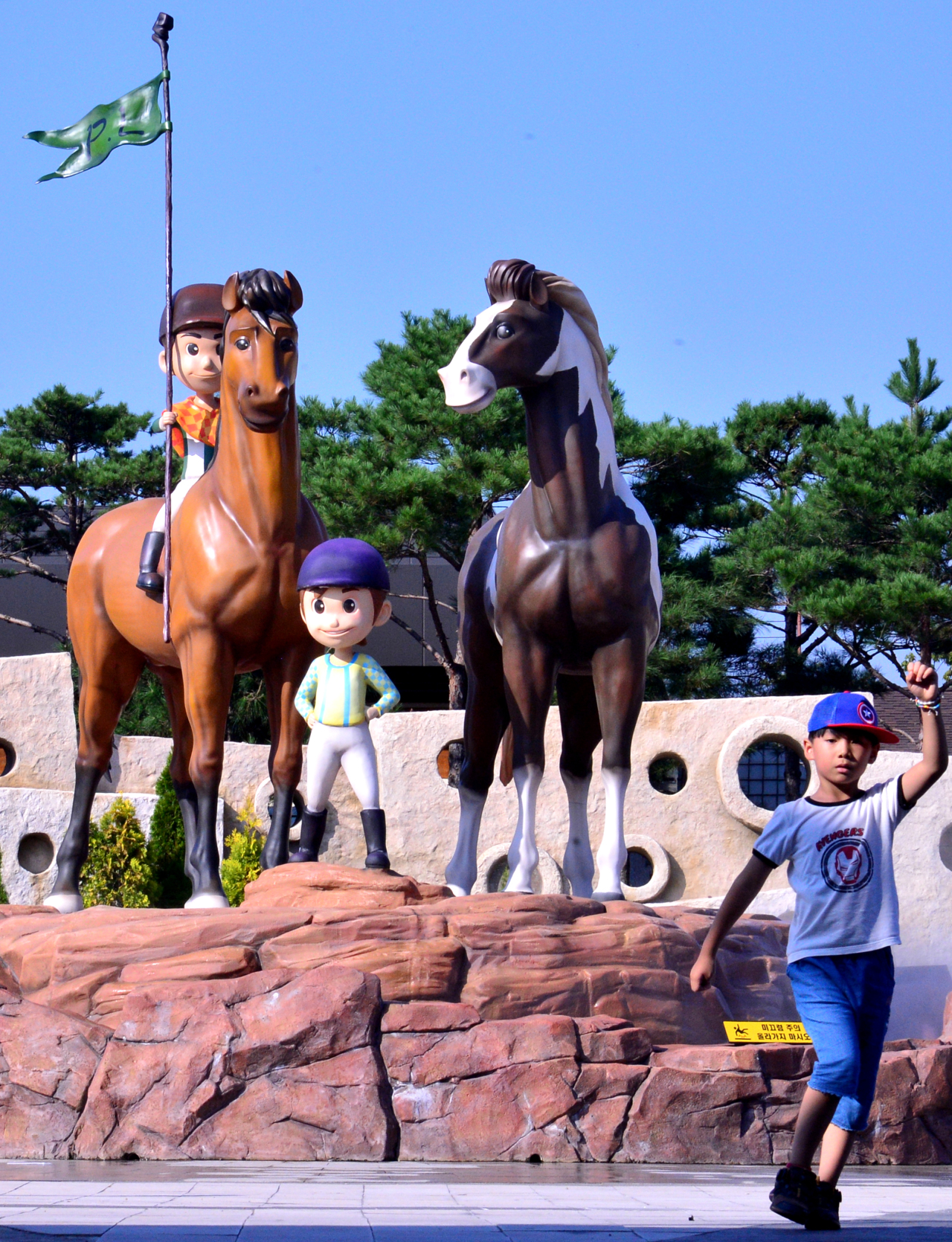 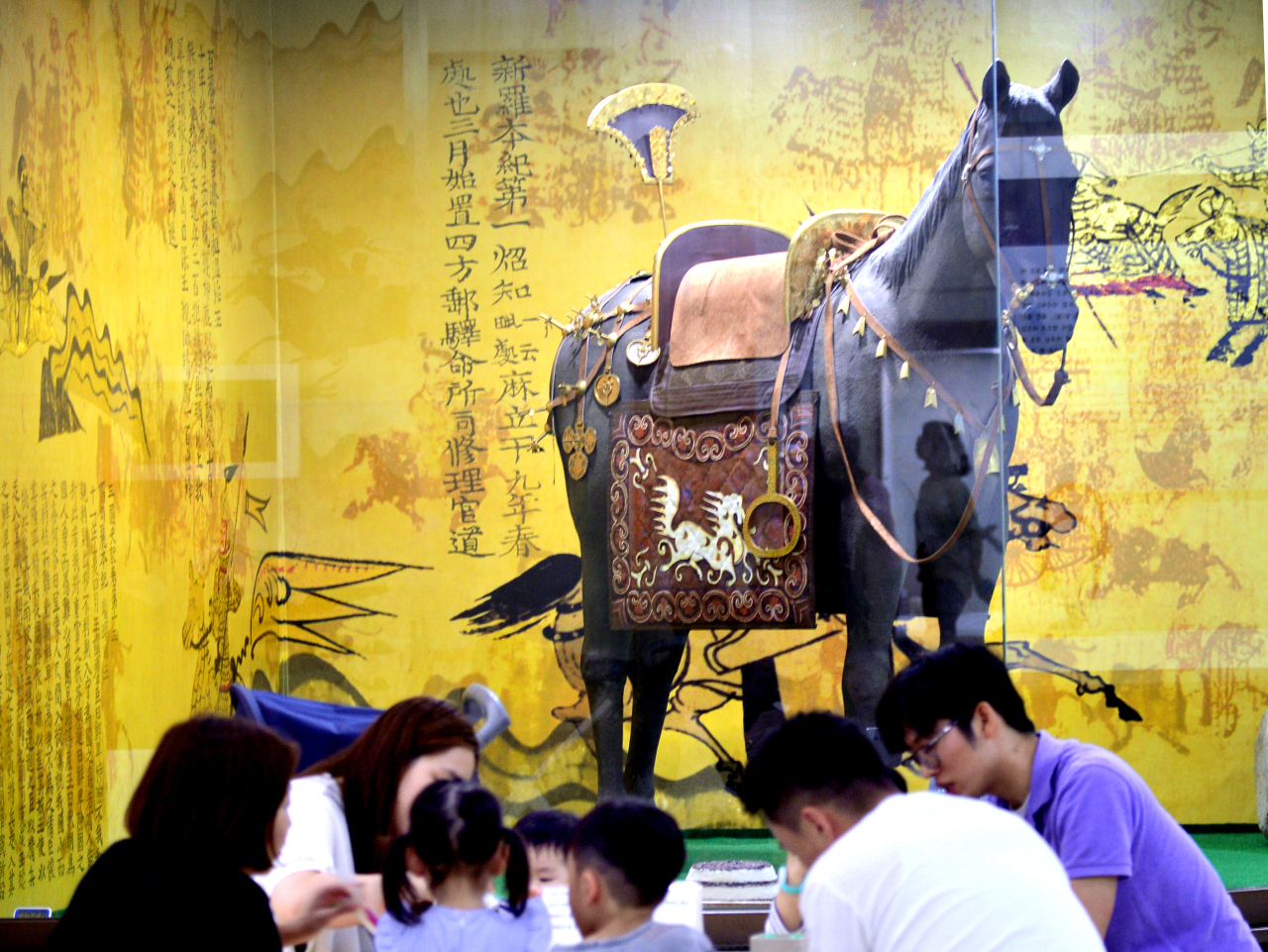 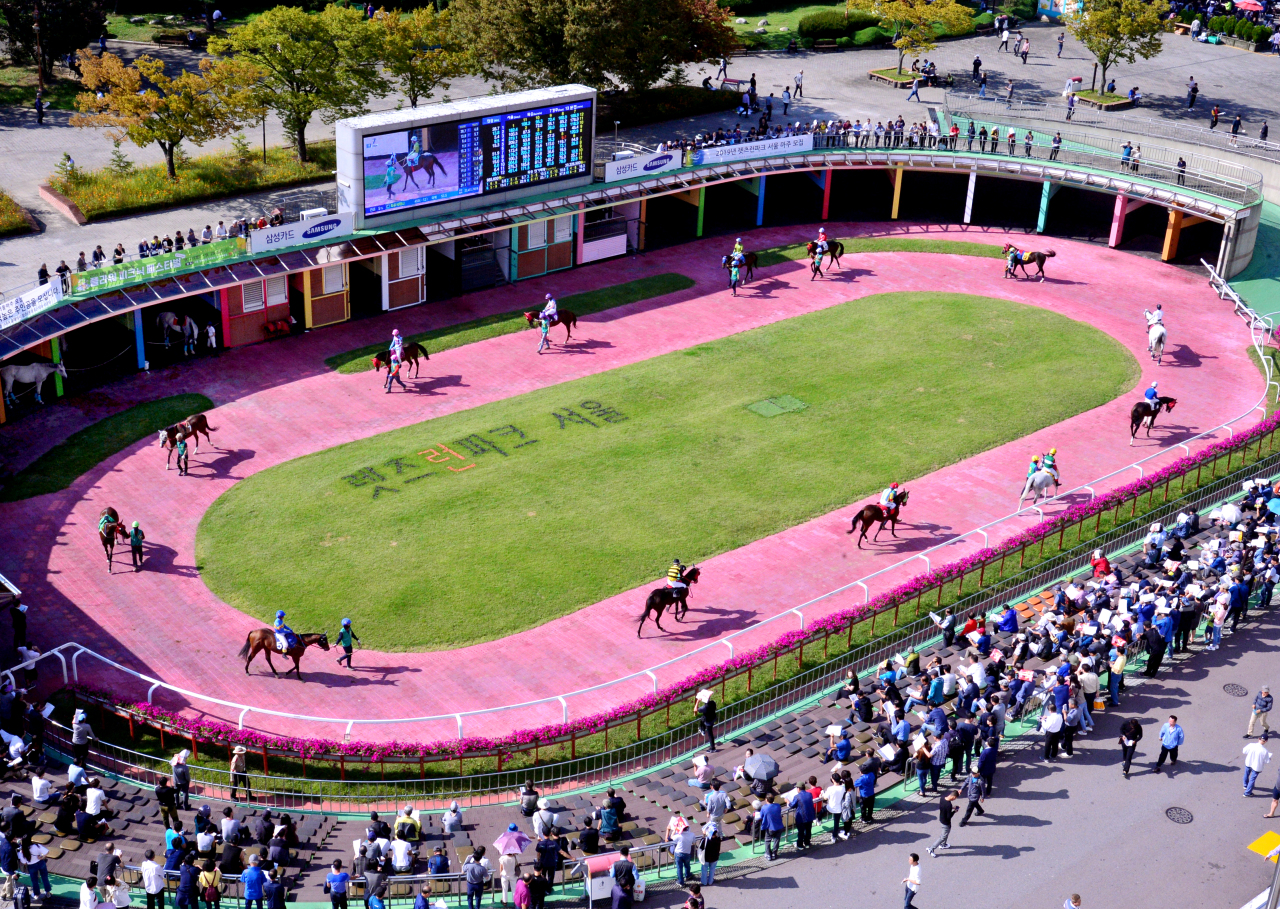 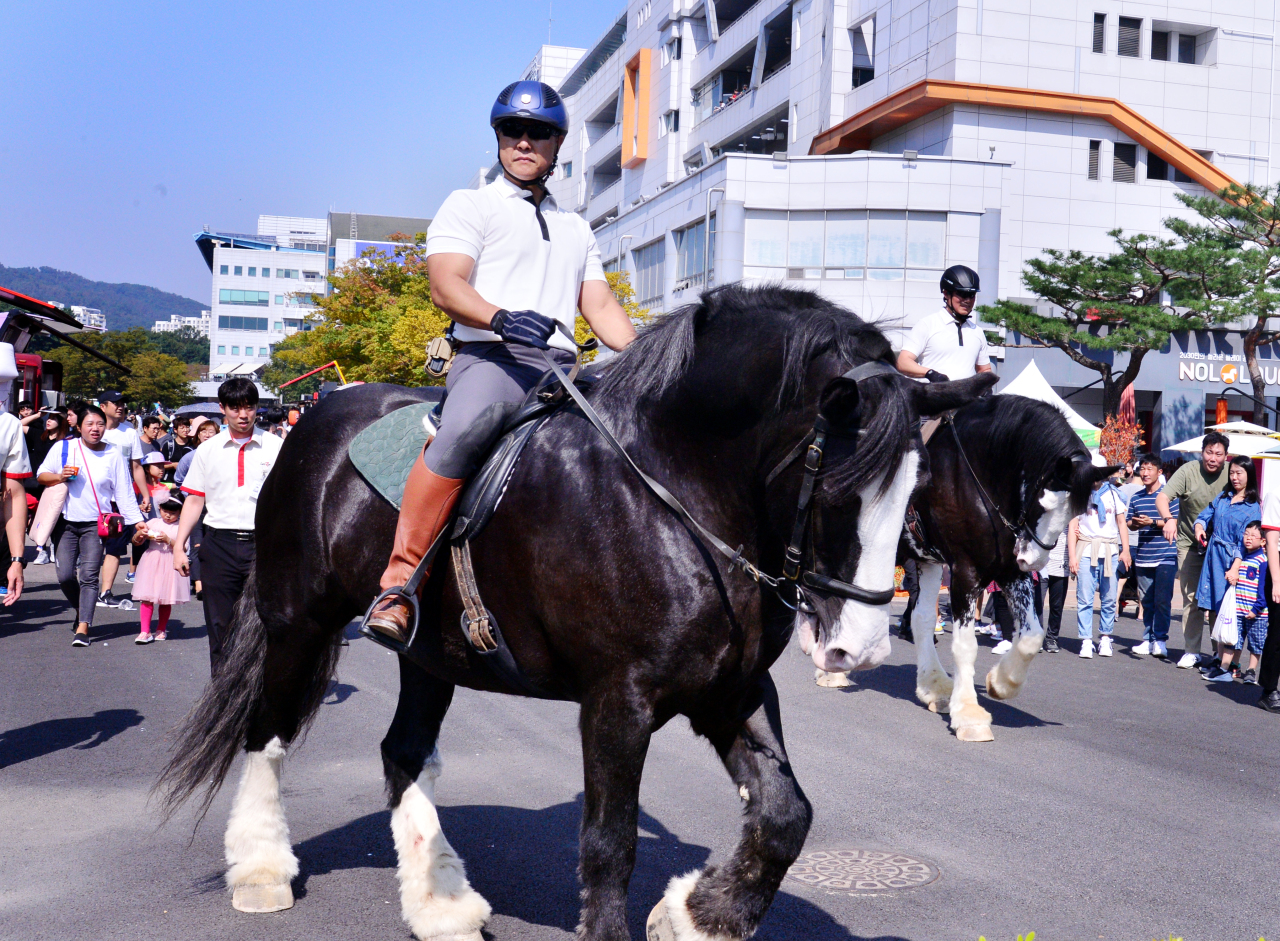 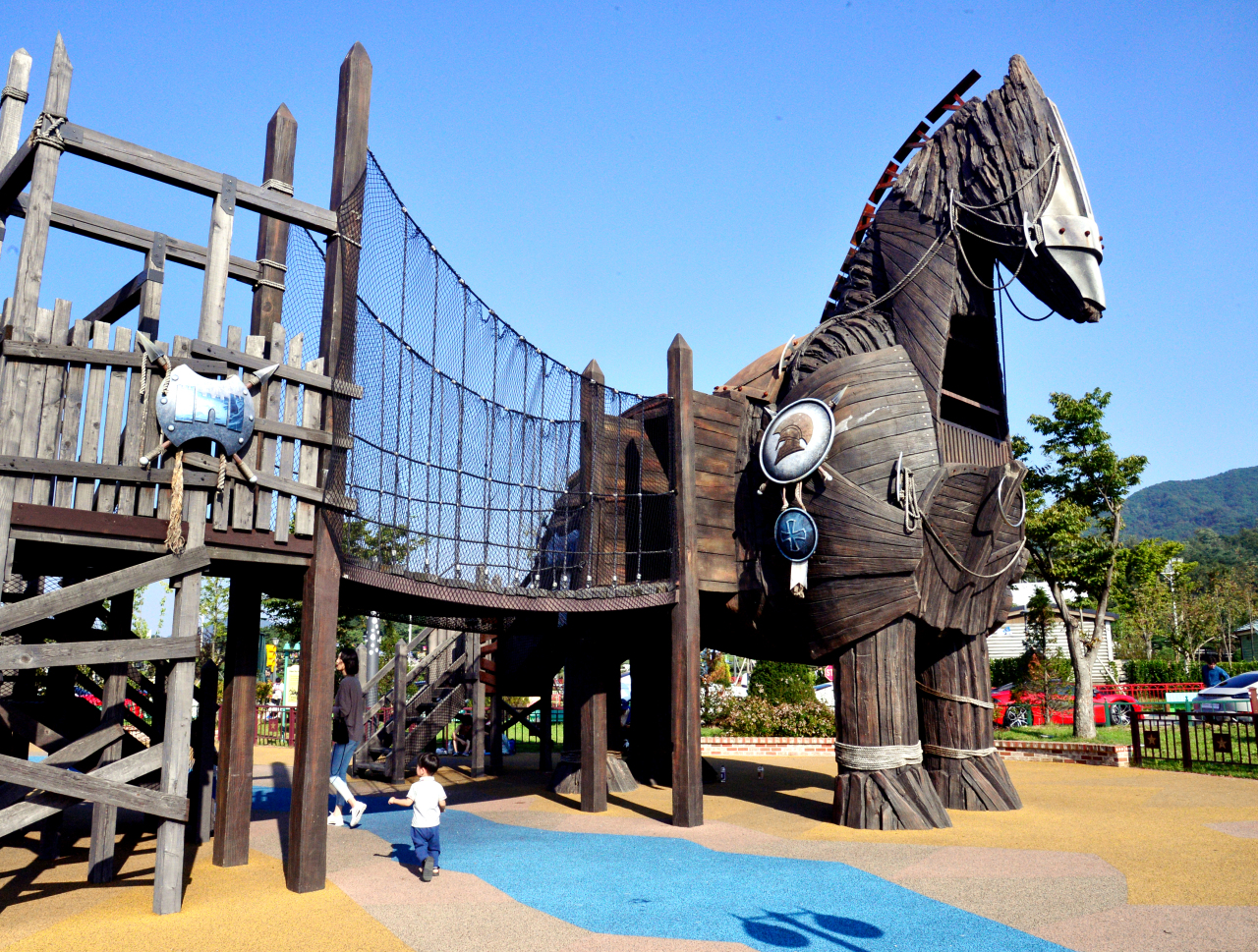 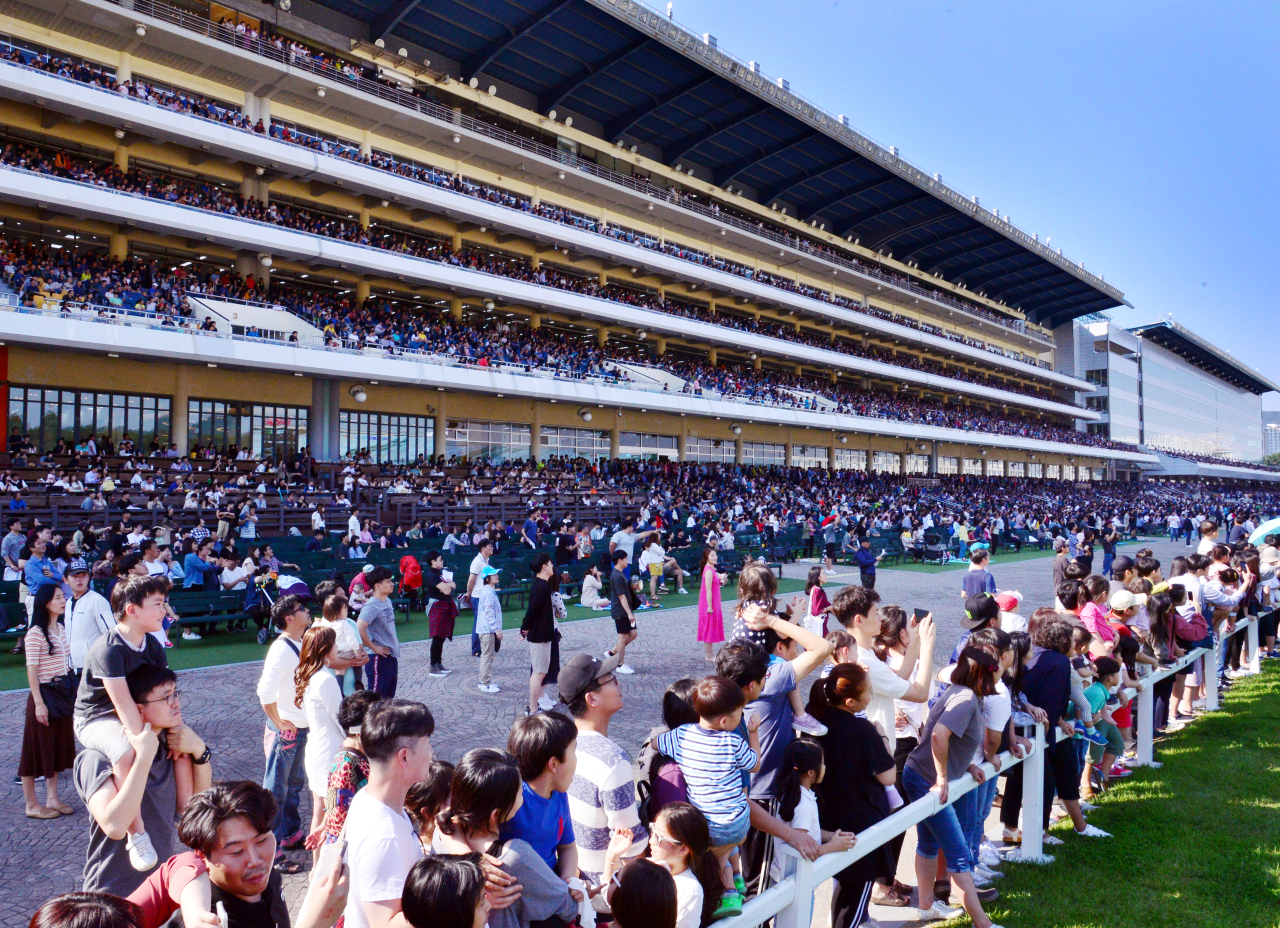 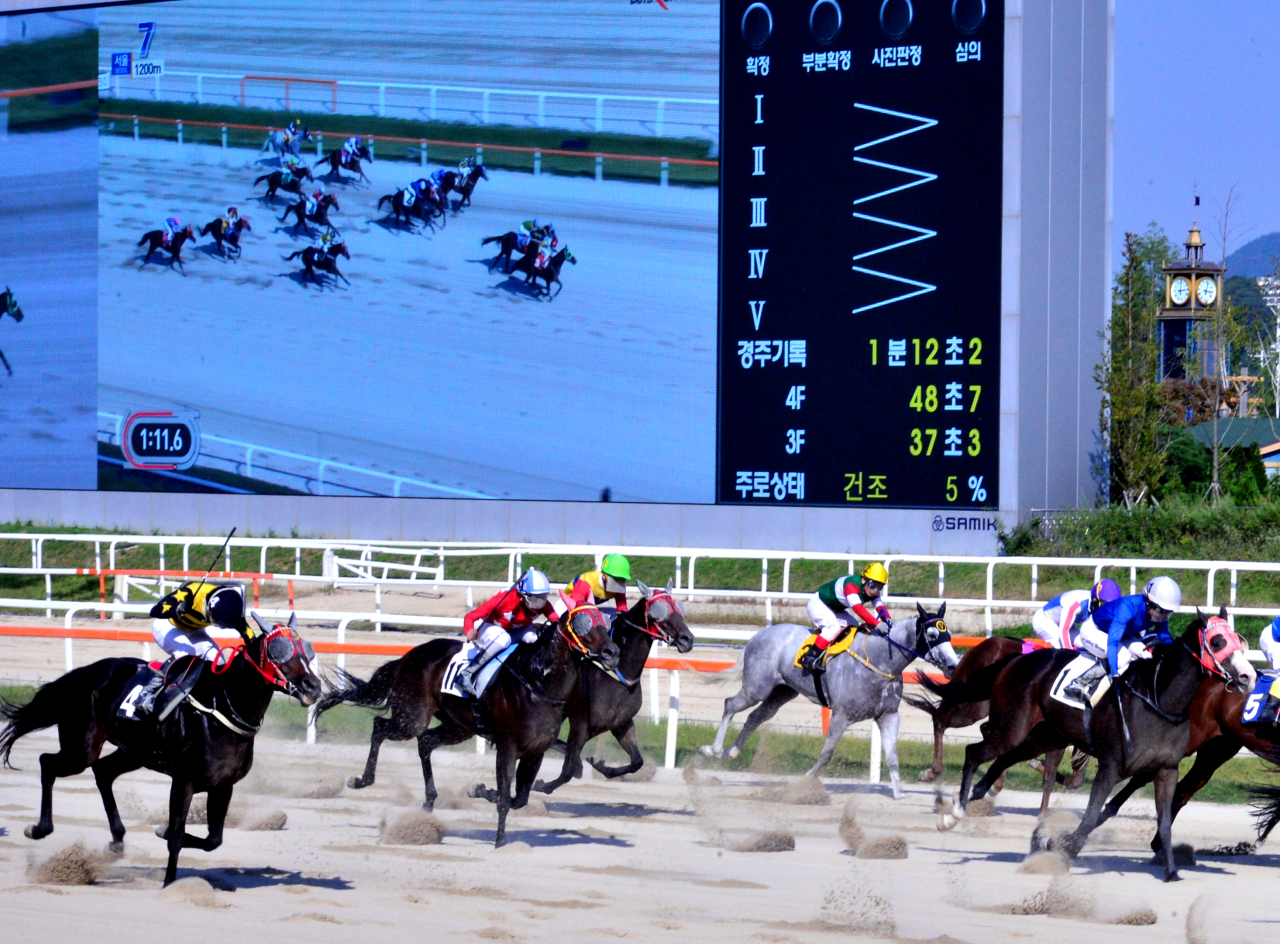 Originally built for the 1988 Seoul Olympic Games, it covers more than 1.1 million square meters, with two artificial sandy tracks, sable areas for over 1,400 horses and many more facilities.

On weekends, when races take place, its grandstands are crowded with local punters, typically men in their 40s to 60s.

But the place is more than just the races. It also has an equestrian museum, a horse-themed amusement park, a camping zone and beautiful gardens that draw diverse visitors.

On no-race days, a farmers market pops up. Swimming pools are installed in summer and an ice rink during winter, with occasional K-pop concerts adding to the versatility of the venue.

The theme park, Pony Land, is right in the middle of the oval sandy track, allowing its visitors to experience the excitement of races, with the sound of the hooves pounding on the track as well as the cheering from spectators.

Designed for family fun, the park offers pony rides and pony feeding at minimal fees on top of various other programs for children to enjoy.

The KRA runs three racecourses in Korea, which they call LetsRun Park, with the other locations in Busan and on Jeju Island.