Twenty-seven contestants from across the world took part in this year’s April-May edition of Miss SuperTalent, held in Seoul.

Navarro and Heijilgers were staying for a few days longer in Korea after the final competition, as well as other contestants from the UK, Azerbaijan, Lithuania, Estonia and Brazil. 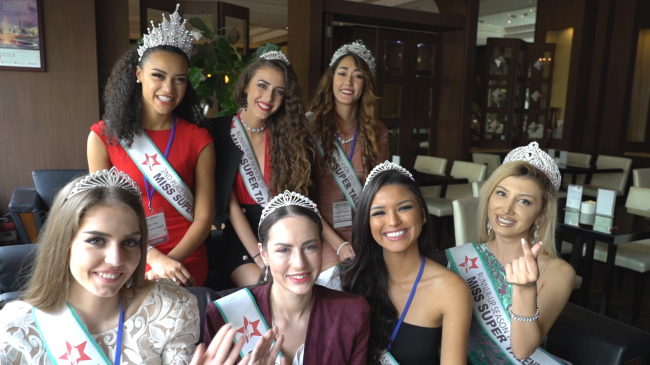 Contestants of the 10th Miss SuperTalent beauty pageant pose for the camera at a cafe in Gangnam, Seoul, Tuesday. (Lim Jeong-yeo/The Korea Herald) 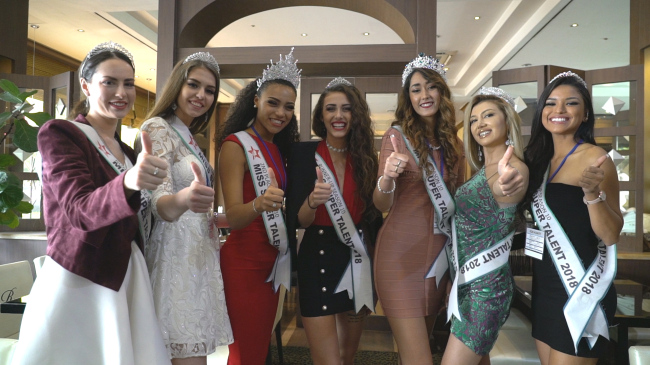 “I’m a huge fan of K-pop,” said Heijilgers, who named off K-pop groups including BTS and Mamamoo.

Navarro and Heijilgers hope to become celebrities here, but said if that does not work out, they would still have time to figure out their next moves.

A brief conversation with the seven women, aged between 18 and 26, showed they were talented beyond their looks and towering average height of 176 cm.

Some of the women spoke more than four languages, while others were engaged in the fashion businesses or beauty pageants in their respective countries.

When asked about their views on standards of beauty and what constitutes beauty for a woman, they downplayed the role of appearance and instead stressed an enthusiasm for different cultures and a caring personality as key to a person’s charm.

They also said that beauty could be skin-deep, but true beauty that resonates from within endures.

“A beautiful woman is a happy woman. If you’re happy, everyone will see it and the beauty will come from inside,” said Narmin Safarova, from Azerbaijan. “They will see it in your eyes, in your everything. If you love your work, the people you’re with, where you are, your beauty will shine through.”