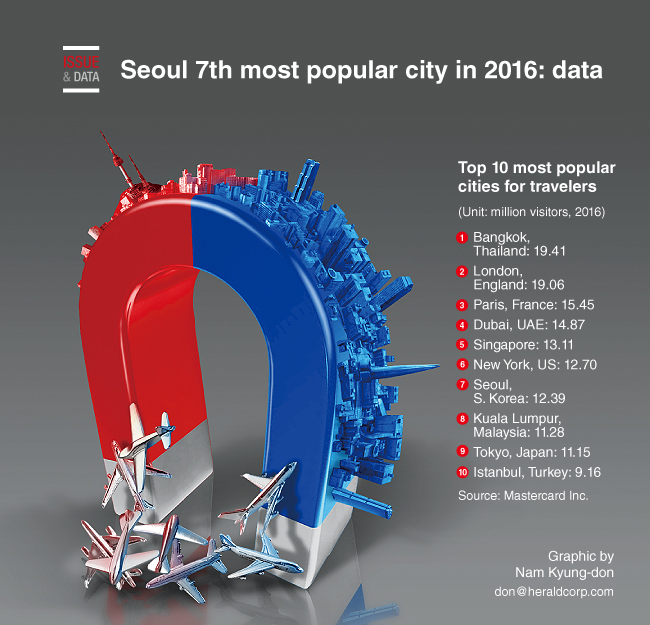 Seoul ranked the seventh most popular city among foreign travelers in 2016, according to a report by financial services corporation Mastercard.