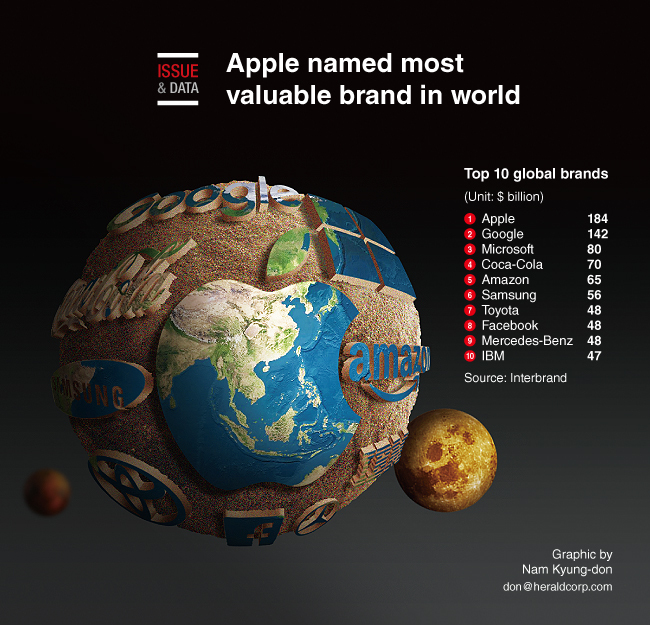 Technology giant Apple is the best brand in the world, according to the annual Interbrand Best Global Brands Report for 2017. Google once again took second place, while Facebook entered the top 10 this year at eighth.

The report estimated the value of the Apple brand at $184 billion, Google at $142 billion and Samsung at $56 billion.