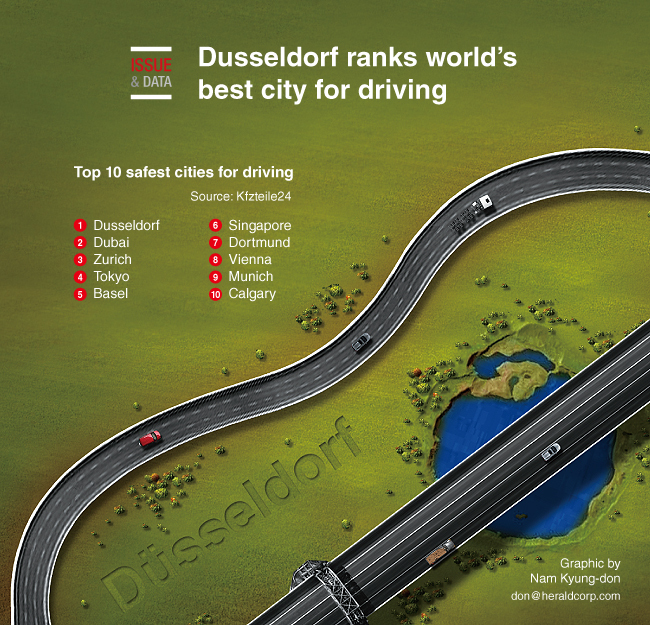 The German city Dusseldorf was named the best city for driving, according to a German study.

Among the top 10 cities were Zurich, Tokyo and Basel. Kolkata was bottom of the list, followed by Karachi, Lagos, Ulaanbaatar in Mongolia, and Mumbai.

The study examined factors such as congestion, public transport, the average cost of parking, the cost of fuel as well as the frequency and perception of road rage.