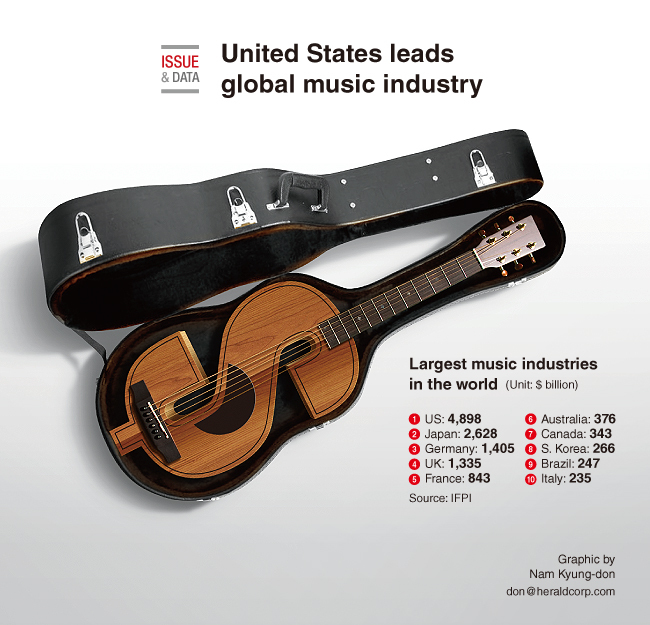 According to the IFPI Global Music Report 2016, the United States’ music industry generated $4.9 trillion in 2015, ranking top in the world.

The following are the 10 largest music industries in the world, according to data from the International Federation of the Phonographic Industry.