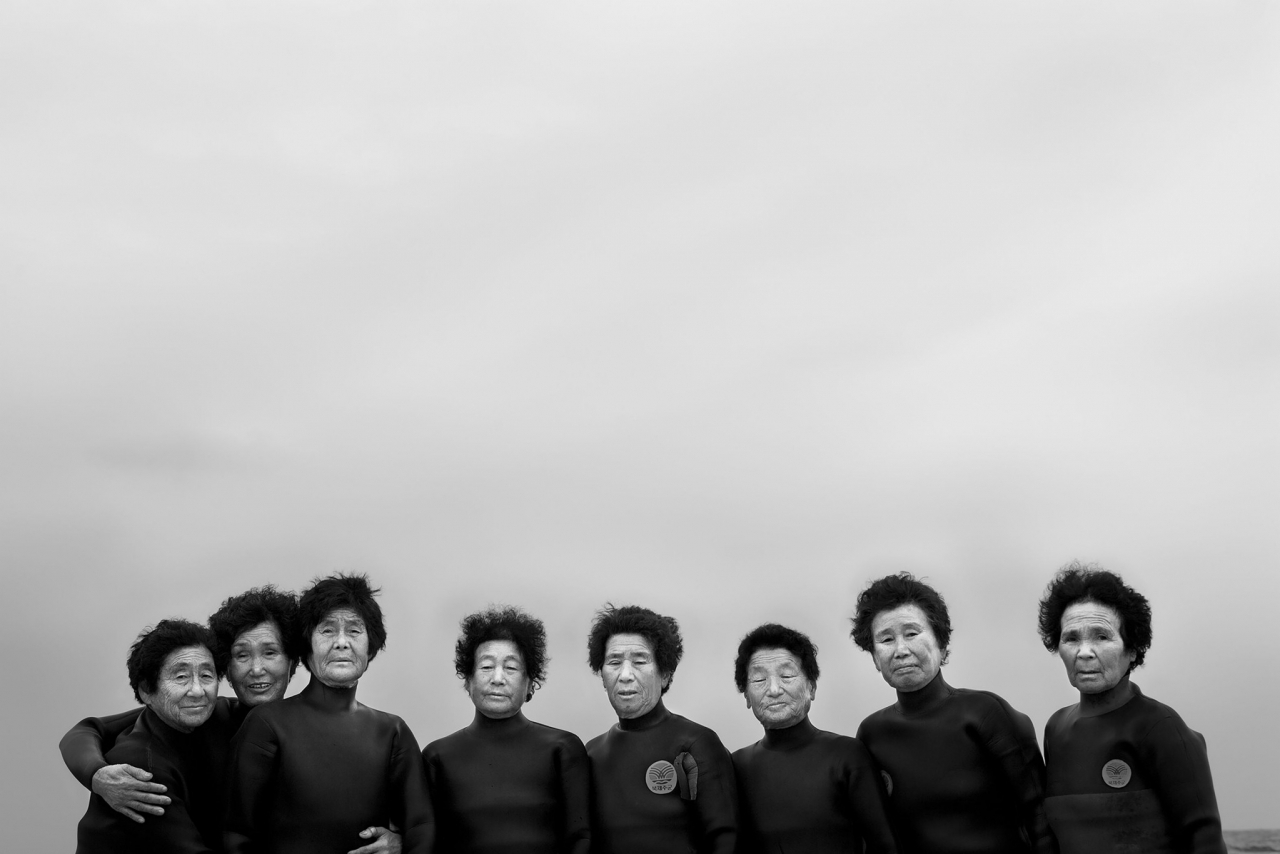 JEJU CITY -- About an hour‘s flight from the South Korean capital of Seoul, Jeju Island is a popular destination for those who want to get away from the grit of the city.

The ubiquitous porous basalt, covering more than 90 percent of the island, is evidence that the island was created as a result of volcanic activity.

"Dolharubang," or village guardian statues carved out of porous basalt, fresh seafood, mandarin oranges and more than 368 parasitic cones are iconic symbols of this southern island, but there is one more thing visitors should not miss out on this winter -- the third edition of the Jeju Biennale -- offering artworks that help better understand the island.

"Jeju Island starts with nature and ends with nature. I wanted to explore the coexistence of human and nature found in the island’s natural environment," said Jeju Biennale Artistic Director Park Nam-hee during a press tour on Nov. 15.

The biennale, which took the theme of “Flowing Moon, Embracing Land,” started on Nov. 16 and will run until Feb. 12, 2023. The art event is spread over six venues across the island, with 55 artists from 16 countries participating.

A flag atop the roof of a former farm house is a sign that it is no ordinary house. The flag, "Submit to the Black Compost" by Thai artist Rirkrit Tiravanija, is one of the site-specific installations that the artist has placed around the artist residency house called "Next Door to the Museum Jeju." Sweet mandarin oranges, now in season, hang from tree branches and chickens roam freely on the ground at the site where Tiravanija invites people to take part in a participatory art project.

Looking around, you will feel as if you were interacting with the artist. Tiravanija’s signature green curry and homemade makgeolli by artist Yujin Lee who runs the space are offered in ceramic ware created by Tiravanija and Jeju-born artist Kang Seung-chul who is also a participating artist of the biennale. Reservations are required to visit and experience the participatory art.

As the name of the house implies, Jeju Museum of Contemporary Art is located right next door. Outside the museum is the installation “Basilica” by artist Kim Ki-dai who moved to the island and lives in the middle of a mountainous area and grows crops. You can go inside the installation where crops have been planted. Given the structure of the installation, it is hard to get out of the space unless you kneel or lower your body -- as if to teach us that humans need to be humble before nature. 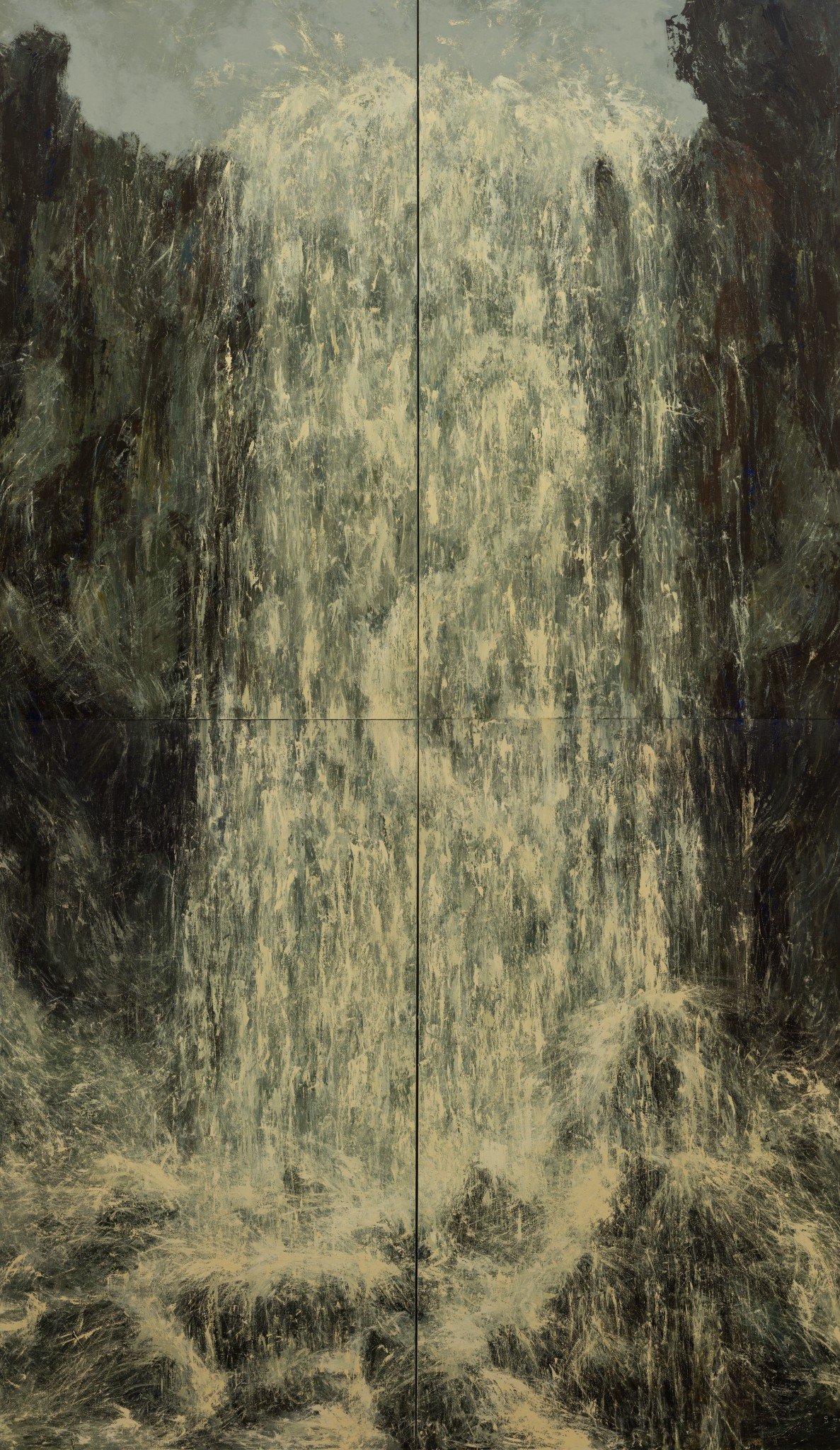 "Into the waterfall" by Kang Yo-bae on display at Jeju Museum of Art (Jeju Biennial)
A 40-minute drive westward from the Jeju Museum of Contemporary Art is Jeju Museum of Art, the main biennale venue that shows the theme of the biennale. Jeju-born painter Kang Yo-bae is known for landscape paintings inspired by his hometown. The wild and powerful waterfall, titled "Into the waterfall," shows the vitality of the island, which also bears the pain of the Jeju Uprising when more than 14,500 civilians were killed between March 1, 1947, and Sept. 21, 1954, as authorities sought to root out rebels.

The painting seems to demonstrate the strength of the island and its beautiful nature despite its tragic history. The powerful waterfall illustrates how the island will continue to maintain its identity and its life.

The highlight of the biennale is on Gapado -- an islet located 5.5 kilometers south of Jeju Island and home to some 300 residents. You may reach it by a ferry that departs from Moseulpo Port. After the 30-minute ferry ride, you will be greeted by dolharubang and a field of barley.

The island, once inhabited by some 1,000 people, now has many deserted houses. Artist Agnese Galiotto who researched about the island created "Green Cave" using fresco painting techniques in one of the deserted houses. Each of the painted rooms were turned into caves of imagination where the stories of the living and the dead coexist. 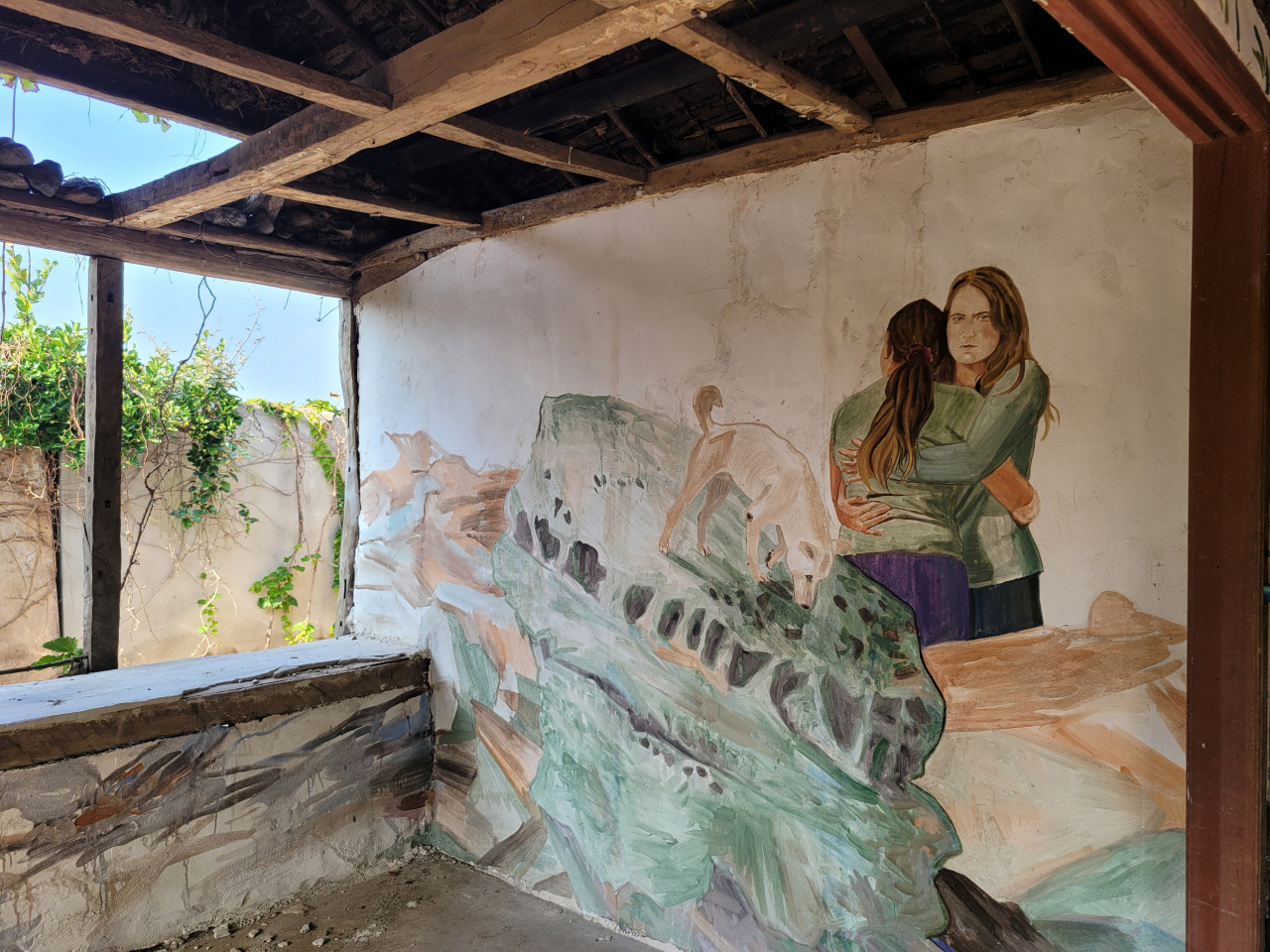 Walking along the coast, you may find Gapado Artist in Residence, a humble building designed by architect Choi Wook. Inside Gapado AiR is a rest area with a garden, an office area and studios.

Sim Seung-wok’s "Construction or deconstruction -- Vacancy of illusion 02" at the entrance to the building resembles a dead tree, burnt and warped from fire. However, it is a purely artificial product made of plastic vinyl resin, illustrating the gap between illusion and reality.

Returning to Jeju Island, the Samseonghyeol Shrine and Jeju International Peace Center are worth a visit to view artworks that present the identity of the island.

Urban legend has it that the founders of the Go, Yang and Bu clans, the original Jeju islanders from some 4,300 years ago, emerged from the three holes in the Samseonghyeol Shrine all located within a pine forest.

Ting Tong Chang‘s video work, "The Blue Wave Woman," a 10-minute single channel video based on the artist’s research about the shrine is presented on the site. The work features traditional folk songs from Jeju Island which he collected in collaboration with a local musician.

“I worked with Hong Kong composers, so we used experimental music and combined folk music from Korea,” the artist said.