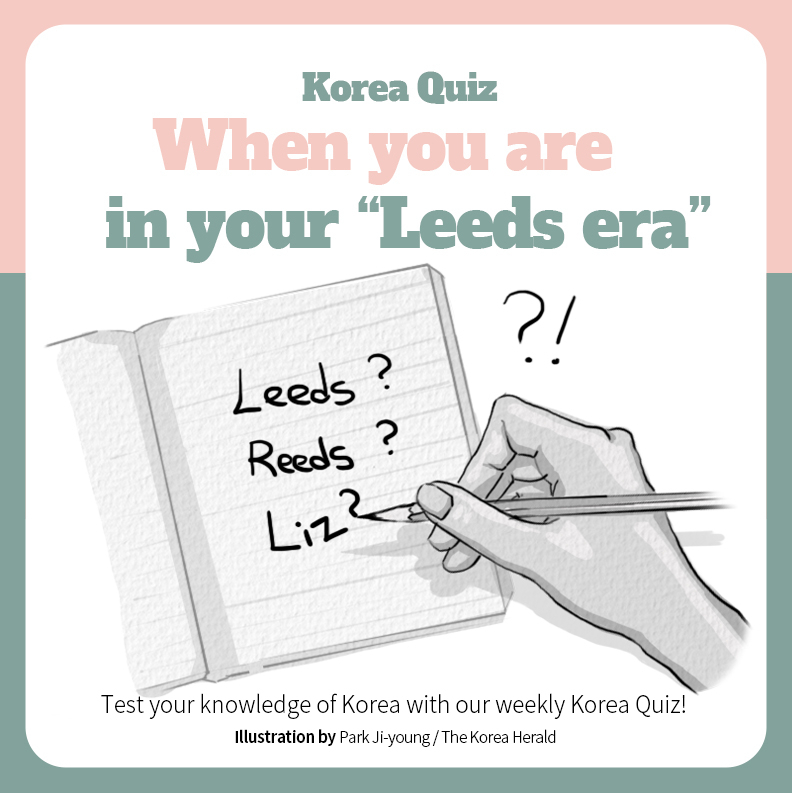 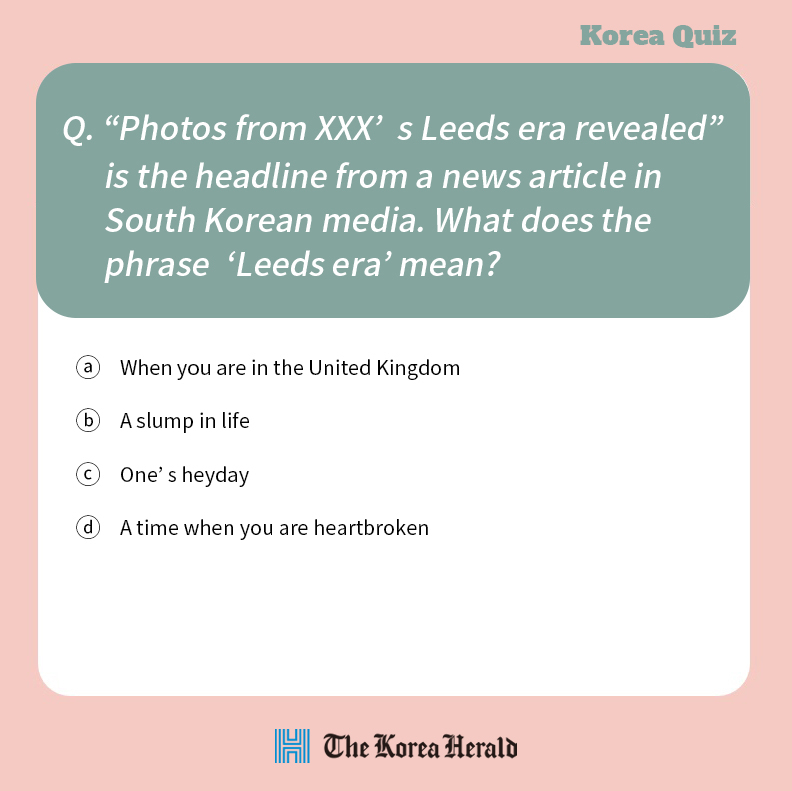 Find the answer at the bottom of this page.

Leeds is the name of an English city. But in Korea, the term “Leeds era” has taken on a life of its own.

It is a popular term that has stood the test of time and inspired the name of a TV show as well as a commercial. It is also often used in everyday conversations as well as making an appearance in headlines for entertainment news stories.

Examples include “You look exactly the same as your Leeds era” or “She or he is definitely in their Leeds era right now.”

The phrase has its origins in soccer. It was inspired by the professional football club Leeds United and its now-retired player Alan Smith.

The story goes that Smith had pulled off outstanding performances while he was at Leeds. But his move to Manchester United was marred with controversies and injuries.

Some Korean fans started to criticize his performances, and started call his days at Leeds United as the “Leeds era.”

It helped that Park Ji-sung joined Manchester United a year after Smith did, so Korean football fans became more familiar with other players at the club, including Smith.

It later became a term to describe other footballers in their heyday.

Now the phrase is used to refer to one’s prime and is widely used outside online football communities.