[Photo] Paik Nam-june's masterpiece is back 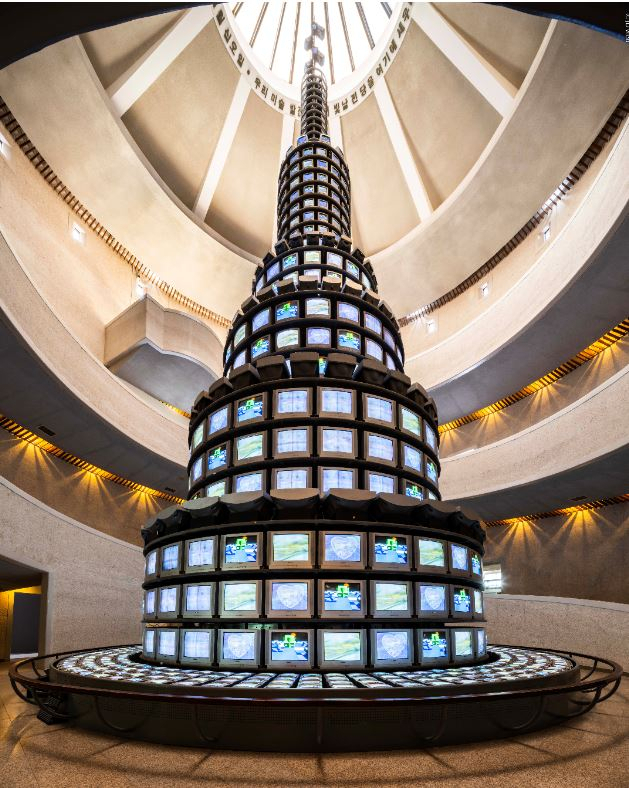 Paik Nam-june’s masterpiece “The More the Better” restarted operations on Thursday, unveiling its prototype after completing its three-year restoration. The largest piece by Paik, the video tower consists of 1,003 monitors and had a test run for six months early this year. "The More the Better" was first unveiled to the public on Sept. 15, 1988. (MMCA)