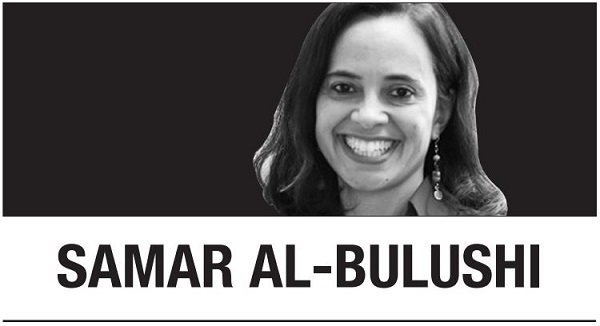 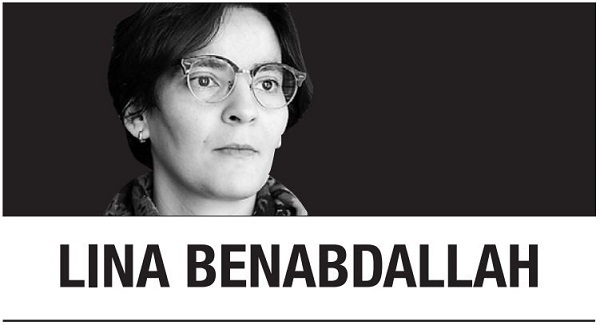 Last week Secretary of State Anthony Blinken released the Biden administration’s long-awaited Africa strategy during his visit to South Africa. Perhaps the most notable shift in tone during Blinken’s five-day, three-country tour of the continent was his reference to African states as geostrategic players -- a clear response to the fact that America’s staunchest rivals on the continent (China, and increasingly Russia) have gained traction precisely by approaching their African counterparts as partners, rather than as charity cases or an afterthought.

By 2050, Africa will account for 25 percent of the world’s population. As a region it represents the world’s eighth-largest economy. By 2063, it is expected to become the world’s third-largest economy, surpassing Germany, France, India and the United Kingdom. This accounts for the growing number of foreign players competing for influence on the continent.

With this in mind, the US is attempting to demonstrate -- through the new policy -- that it takes Africa seriously. Biden’s Africa team, led by Judd Devermont at the National Security Council, is aware of the stakes at hand, and of the damage wrought by the previous administration’s patronizing speeches, disrespectful slurs, travel bans and understaffed embassies that lack concrete initiatives to benefit Africans and US-Africa relations.

The timing of Blinken’s tour was a bit awkward for the Biden administration, as Congress is set to pass a bill that reflects a resurgence of Cold War thinking in Washington and that rehashes a patronizing approach to the continent. During his visit, South Africa’s International Relations Minister Naledi Pandor expressed concerns about the Countering Malign Russian Activities in Africa Act, which has already passed in the House, and proposes to closely monitor how the continent interacts with Russia. Even as the new US Africa policy declares that governments should be “able to make their own political choices,” Pandor noted that the bill aims to effectively punish African governments for their relationships with Russia and Russian corporations.

“When we speak about freedom,” she declared, “it’s freedom for everybody. You can’t say because Africa is doing this, you will then be punished by the United States.”

The minister astutely pointed to the inconsistency between the new policy’s focus on democracy and openness, and the bill’s intention to monitor African states in their sovereign relations with other nations. Indeed, the bill’s stated commitment to strengthening democratic institutions in Africa rehashes the tired trope of Western tutelage and fails to recognize that the US often undermines democracy in its engagements with other states at the multilateral level. At the heart of the bill is the assumption that the US rightly enjoys political, economic and moral primacy in the world and that it has the right to police any and all actors that threaten to challenge this dominance.

While African leaders’ insistence on nonalignment with respect to the Russia-Ukraine conflict may not be grounded in an explicit commitment to anti-colonialism and anti-imperialism (as it was in the 1950s and 1960s), memories of European colonialism loom large, as do memories of the Soviet Union’s support for African independence struggles.

Indeed, the bill contains paternalistic rhetoric that suggests African states are vulnerable to manipulation or exploitation by “malign” foreign actors like Russia and China. This implies that African states are incapable of being discerning in their engagements with other powers. As Tanzanian President Julius Nyerere once said “The big question is always: Is this or that African country pro-East or pro-West?” But these kinds of questions, he added, “are based on a very fundamental mistake -- and, I would add, an unwarranted degree of arrogance! They imply that Africa has no ideas of its own and no interests of its own.”

While Blinken may have struck the right rhetorical notes during his tour, we can’t ignore the fact that his words are in tension with mainstream thinking in Washington, which continually fails to appreciate that the tide is shifting. Not only did African states stand their ground at the UN in March when the West expected them to condemn Russia irrespective of their own geopolitical interests, but Indonesia, the host for this year’s G-20 summit in Bali, recently joined the call by the African Union for Africa to have a formal seat at the table at the G-20.

At a time when African states are confronted with multifaceted challenges presented by global food shortages, spiraling debt and rising oil prices, they are looking for concrete initiatives and constructive engagement. As the Biden administration prepares to host African leaders at the US-Africa Summit in December, it would do well to abandon America’s preoccupation with domination and instead recognize that its ability to forge strong and positive ties with African nations requires respect for Africans and their embrace of multilateralism and nonalignment.