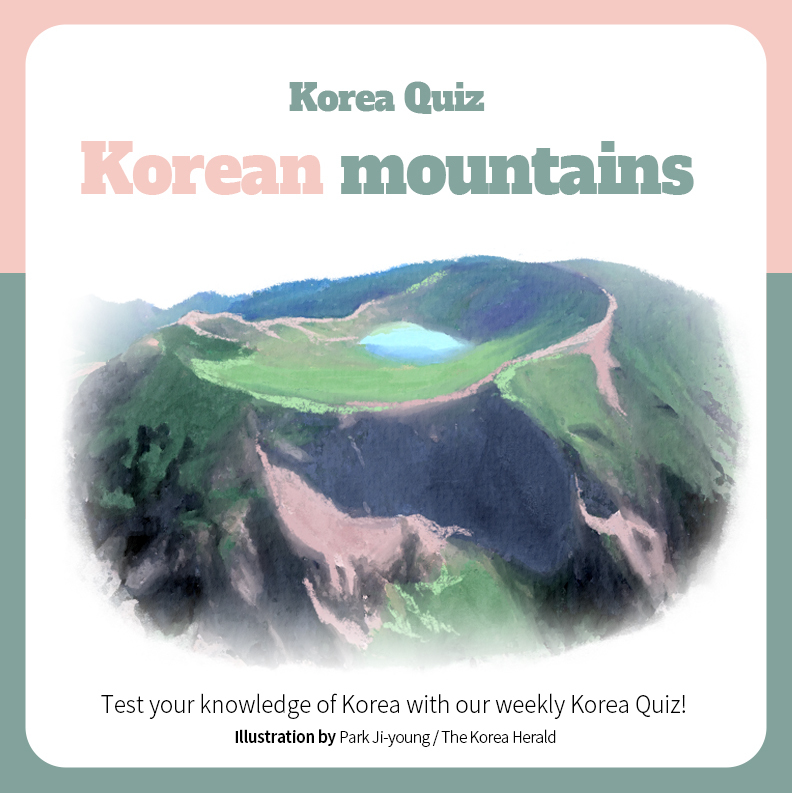 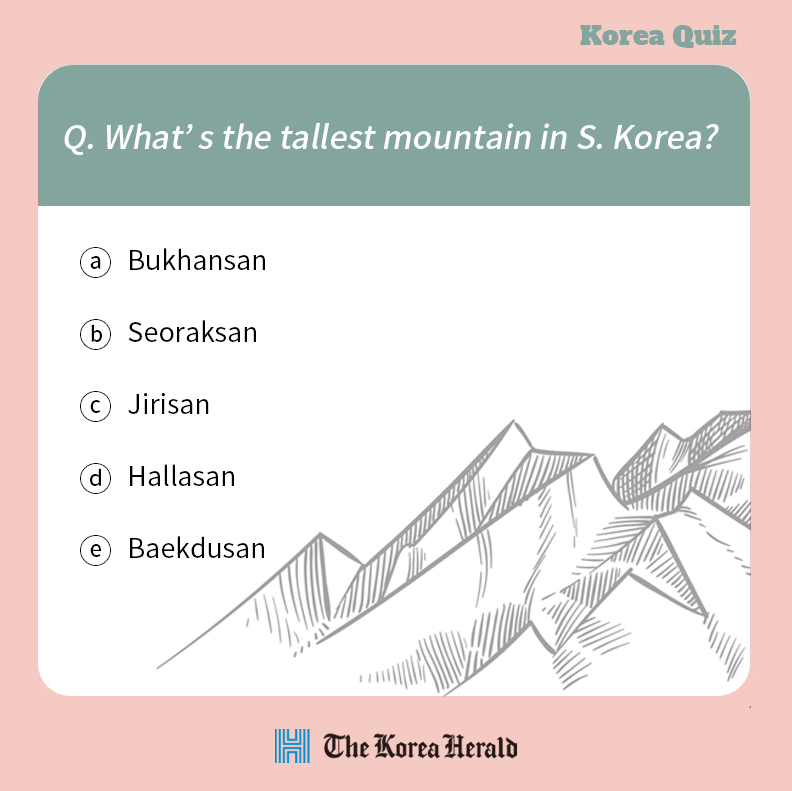 Mountain hiking is one of the most popular hobbies among Korean people, partly because mountains are accessible from anywhere in the country.

South Korea is home to thousands of mountains, known for their rugged slopes, leafy forests and scenic beauty. In fact, over 60 percent of Korea’s land is situated 700 meters above sea level, in other words, covered by mountains.

Of the 4,440 mountains in the country, the tallest is Hallasan, located at the center of Jeju Island.

Standing at 1,947 meters above sea level, the mountain is one of the most well-loved destinations among hikers here.

Hallasan was recognized as a World Natural Heritage Site by UNESCO in 2007 as part of Jeju Volcanic Island and Lava Tubes, reflecting the distinctive value of the volcanic landforms on the southern island.

Hallasan is most known for its distinctive volcanic crater peak and a crater lake called Baekrokdam.

The second tallest one is 1,915 meter-high Jirisan in South Gyeongsang Province. It is the country’s first national park and the habitat of the endangered Asian black bears.

In ancient times, Jirisan was one of the mountains in which people held ancestral rites as they believed that god lived there.

Seoraksan, the third-highest mountain, has a beautiful array of textures and colors that appear throughout the changing seasons.

The tallest peak on the Korean Peninsula, however, is in the North Korean territory – Baekdusan, a dormant volcano located on the border between North Korea and China.