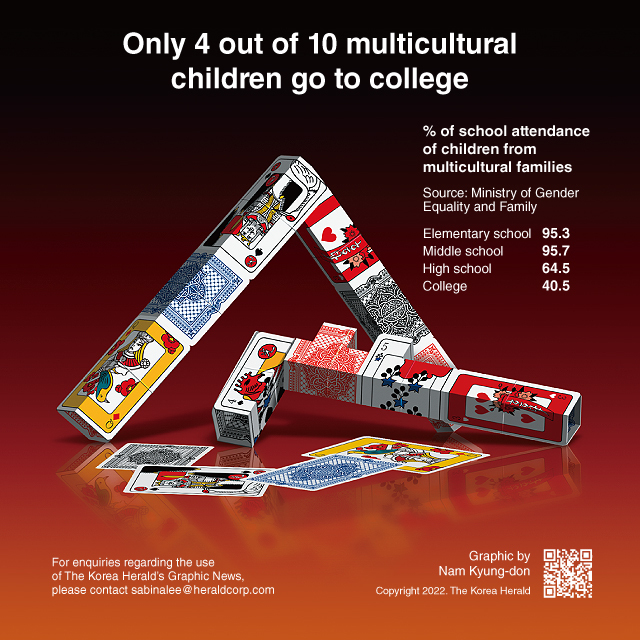 About 43.9 percent of children from multicultural families were young adults in 2021, according to a study conducted by the Ministry of Gender Equality and Family. The figure has increased by 8.3 percent from the previous survey in 2018, which stood at 35.6 percent.

Meanwhile, only 40.5 percent of children from multicultural families were admitted to colleges. The number is significantly lower than the college entrance rate of the overall population, which was 71.5 percent.