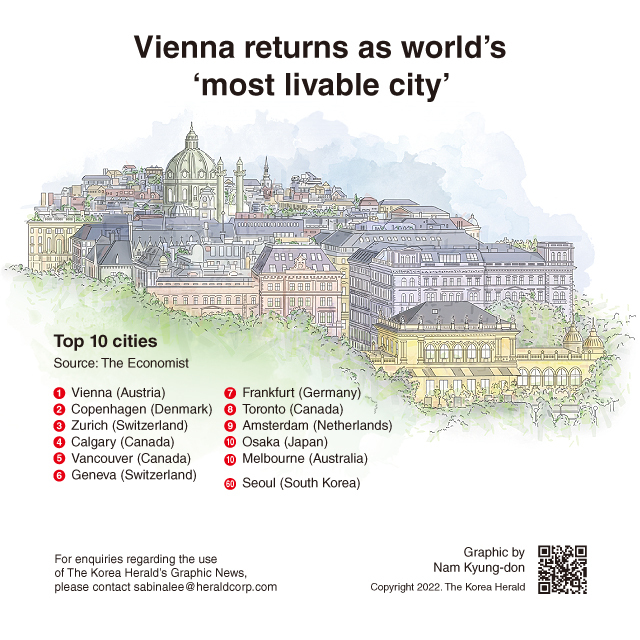 The Austrian capital Vienna has made a comeback as the world’s most livable city, according to an annual report from the Economist.

Vienna snatched the top spot from Auckland, New Zealand, which tumbled down to 34th place due to coronavirus pandemic restrictions, according to the report by the Economist Intelligence Unit.

Seoul received about 80 points out of 100, ranking in the top 60 among 173 cities selected for evaluation.

The capital of war-torn Syria, Damascus, retained its place as the least livable city on the planet. (AFP)