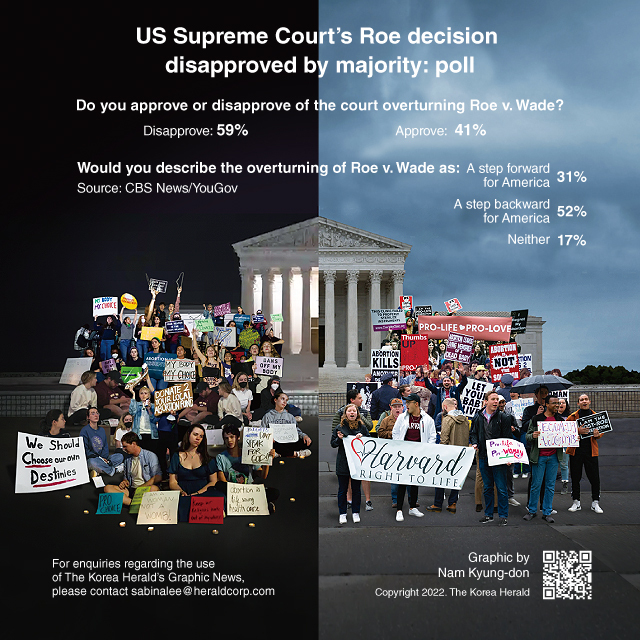 A CBS News poll suggested that a majority of Americans disapprove of the US Supreme Court’s decision overturning the constitutional right to an abortion, which is inflaming a partisan divide on display in comments by senior lawmakers.

The poll, conducted June 25-26, found 59 percent disapproved of the ruling, including 67 percent of women. While 78 percent of Republicans were in favor of the decision, 83 percent of Democrats disapproved. The survey has a margin of error of plus or minus 3 percentage points. Fifty-two percent called the overturn a “step backward” for America.

A concurring opinion by Justice Clarence Thomas in the Roe v. Wade decision raised the prospect for many Americans that other rights, including the rights to same-sex marriage and contraception, are now at risk. (Bloomberg)