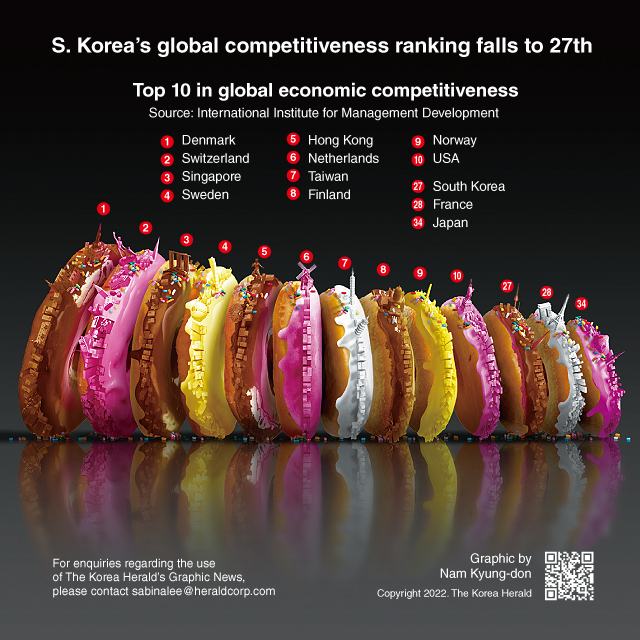 South Korea’s global competitiveness ranking fell four notches this year from the previous year, amid the economic slowdown and a continued rise in the national debt, a report showed.

South Korea ranked No. 27 in terms of global competitiveness among 63 countries surveyed, according to the 2022 report by the International Institute for Management Development.

The IMD, a Switzerland-based international institution, has released the report every year since 1989 based on a country’s economic achievements, infrastructure and government and corporate efficiency.

Among 27 nations with a population above 20 million, South Korea ranked ninth this year, down one notch from a year earlier, Denmark topped the list, followed by Switzerland, Singapore and Sweden. (Yonhap)