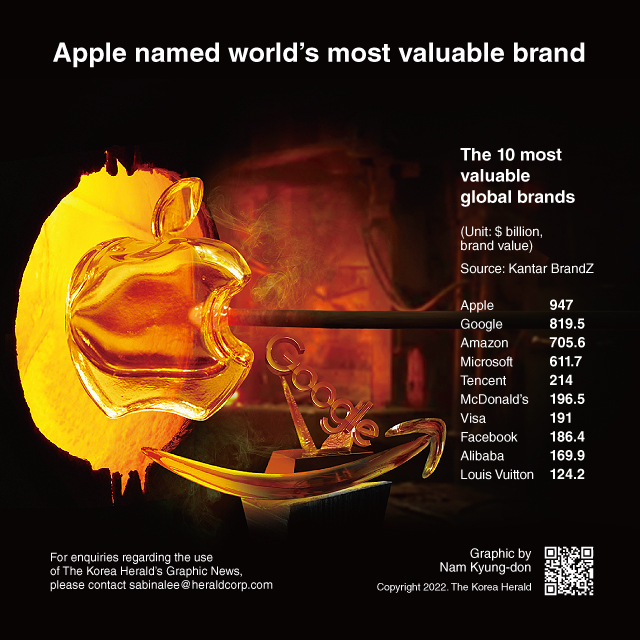 Apple reclaimed its title as the world’s most valuable brand, according to a survey from Kantar BrandZ, knocking rival Amazon off the top spot for the first time in three years.

The iPhone maker’s brand value reached $947 billion this year, while Amazon slipped to third, according to Kantar’s survey published June 15. Apple was last ranked the most valuable brand in 2015.

Louis Vuitton became the first luxury brand to reach the top 10 after experiencing 64 percent growth in value to $124.2 billion, despite consumers slowly returning after the pandemic.

Kantar’s survey attempts to put a figure on the brand’s impact to the market value of a company and ability to generate sales. (Bloomberg)