Memories of Korean War outbreak on June 25 transcended in art

Some 70 years have passed, and the devastating experience and vivid memories of survivors have become art by seven Korean artists at an exhibition titled “Confluence: The way of the Peace.” Taking place at the Odusan Unification Tower in Paju, Gyeonggi Province, located near the Imjin River, the border of the two Koreas, the exhibition features a variety of works, including media art, installation art and paintings.

Installation artist Han Seok-kyung examined the life and history of Choi Jeong-ja, who lives in Yeoncheon, Gyeonggi Province, along the inter-Korean border. The 17-minute media work, “Morendo” hints at how women from older generations living in the border area have passed their time. The artist stayed with Choi while working on the project. 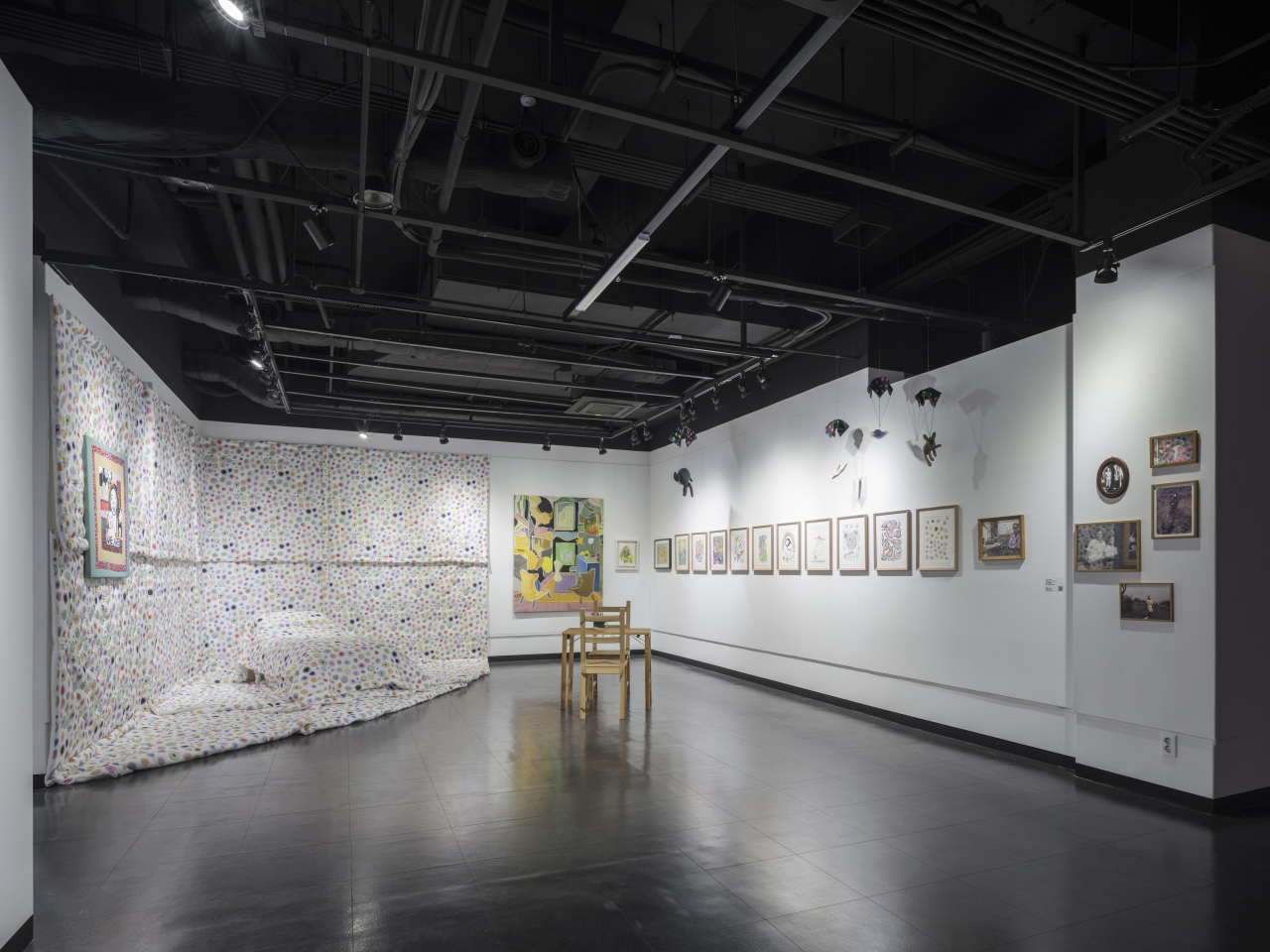 "My Grandmother” by Jung Min-gi, Jung Hi-gi (Hong Chul-ki)
A story of a displaced women from North Korea was weaved into blankets, becoming the installation work “My Grandmother,” by artists Jung Min-gi and Jung Hi-gi. The grandmother who was a former elementary school teacher in North Korea regaled the artists with her memories and anecdotes ranging from before the Korean War to her life as a refugee.

Meanwhile, Kim Jin-joo traces back decades to see how the two Koreas have tried to maintain peace since the war, through agreements signed by South and North Korea. “Sand, A Day After Tomorrow, Already (Odusan)” leads viewers to think how much the agreements actually had come true and how often these words have repeated and will have to be repeated in the future. 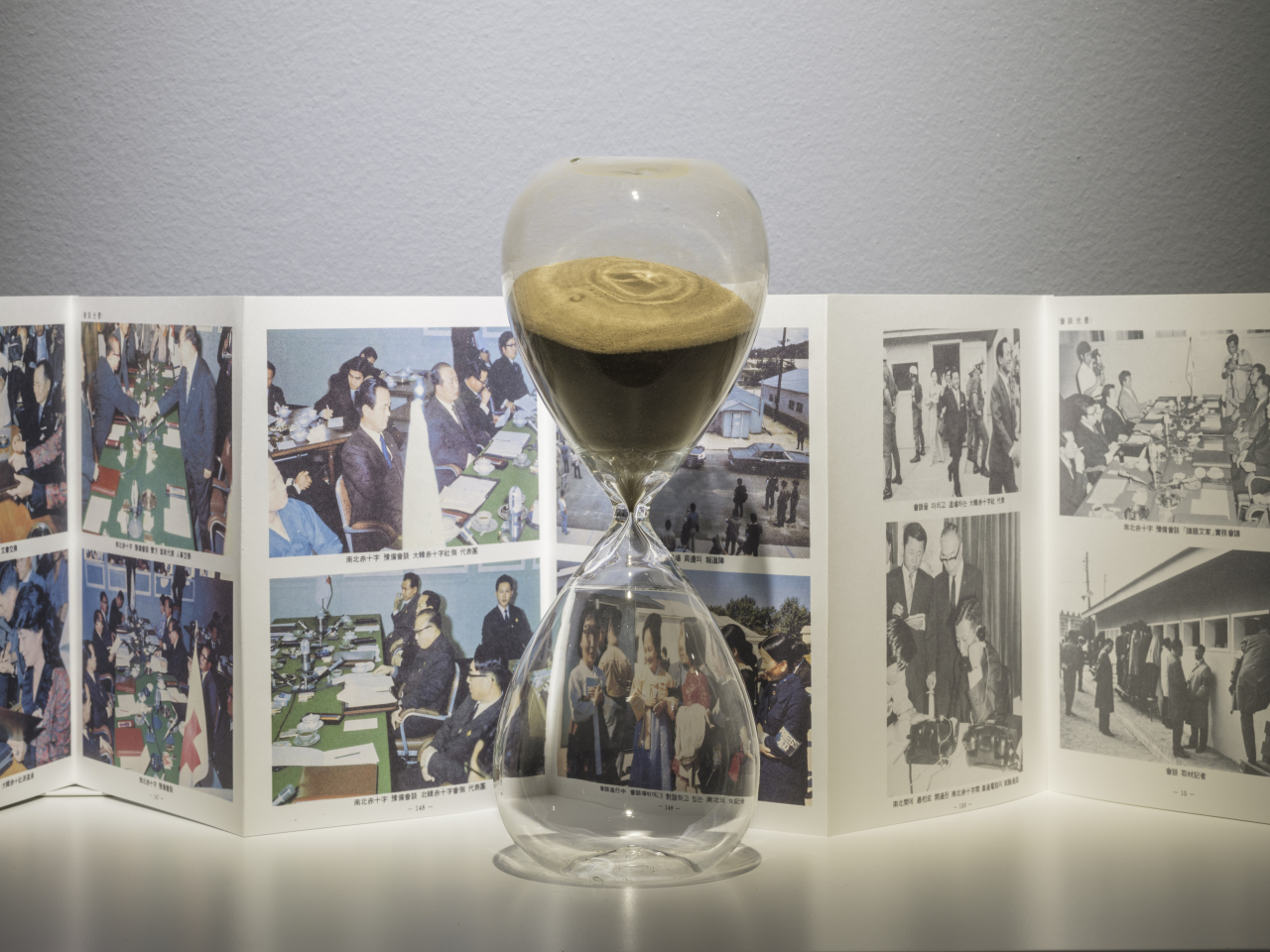 "Sand, A Day After Tomorrow, Already (Odusan)” by Kim Jin-joo (Hong Chul-ki)
The exhibition was hosted by the National Institute for Unification Education and curated by Kim Tae-hyun. Some 15 works of art will be on display until Oct. 10. Odusan Unification Tower is closed on Mondays.