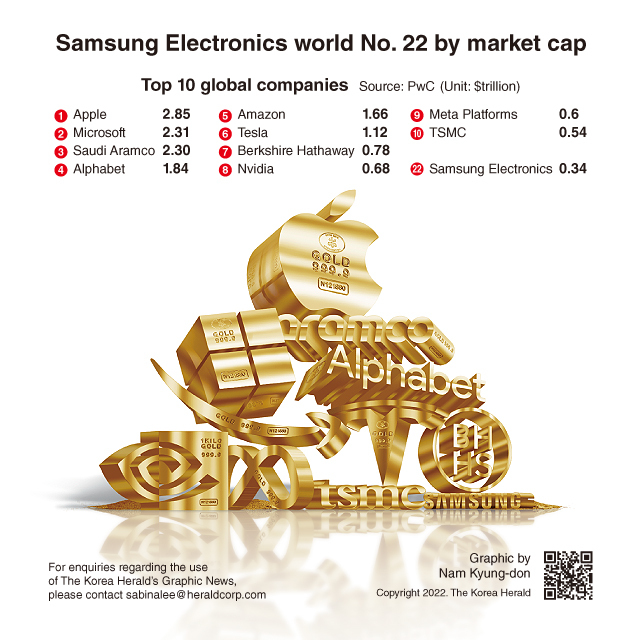 According to the list of the global top 100 companies released by London-based accounting company PwC, the tech giant was the only South Korean company on the list with the market value of $342 billion as of March.

The share price of the chip giant has fallen amid global uncertainties, including monetary belt-tightening to curb inflation, the war in Ukraine, the prolonged COVID-19 pandemic and a strengthening dollar.

Apple topped the list with $2.85 trillion, followed by Microsoft, Saudi Aramco, Alphabet and Amazon, according to the data. (Yonhap)