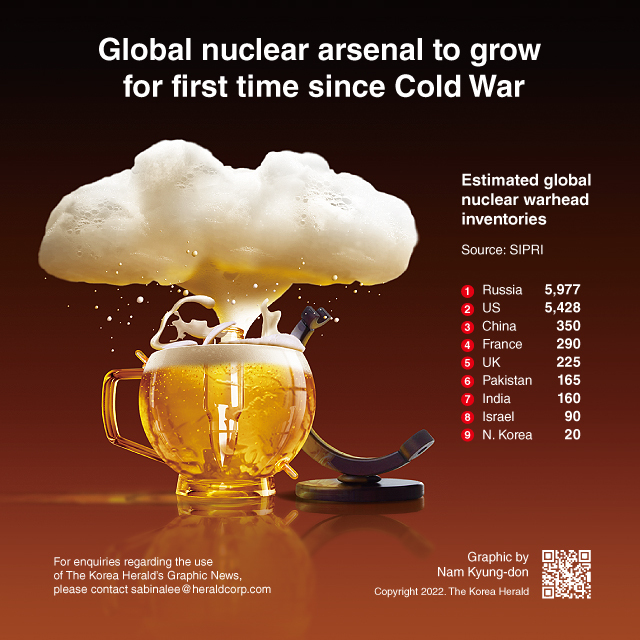 The global nuclear arsenal is expected to grow in the coming years for the first time since the Cold War while the risk of such weapons being used is the greatest in decades, a leading conflict and armaments think-tank said.

Russia’s invasion of Ukraine and Western support for Kyiv has heightened tensions among the world’s nine nuclear-armed states, the Stockholm International Peace Research Institute think-tank said in a new set of research.

Russia has the world’s biggest nuclear arsenal with a total of 5,977 warheads, some 550 more than the United States. The two countries possess more than 90 percent of the world’s warheads, though the SIPRI said China was in the middle of an expansion with an estimated more than 300 new missile silos. North Korea now has 20 nuclear warheads. (Reuters)