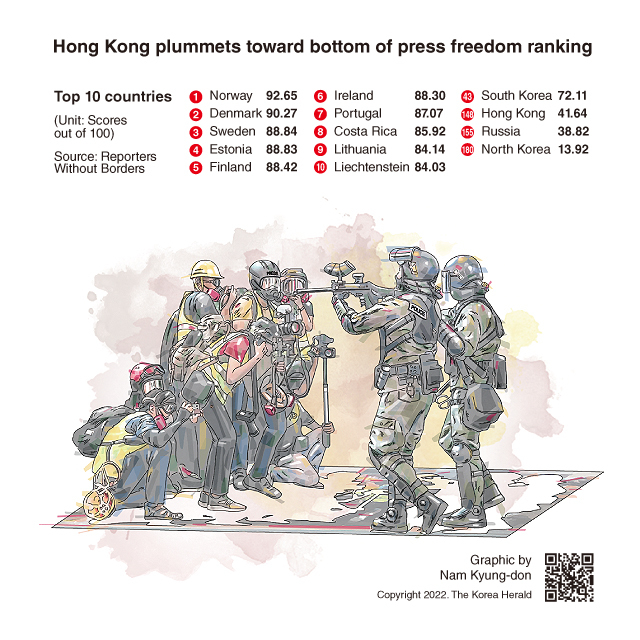 For two decades, media rights watchdog Reporters Without Borders has ranked countries and territories around the world by how free their press is.

Hong Kong, a regional media hub for both international and local media, has been steadily slipping down the table under Chinese rule.

In the last year alone it has plunged 68 places to 148th, sandwiching the international business hub between the Philippines and Turkey.