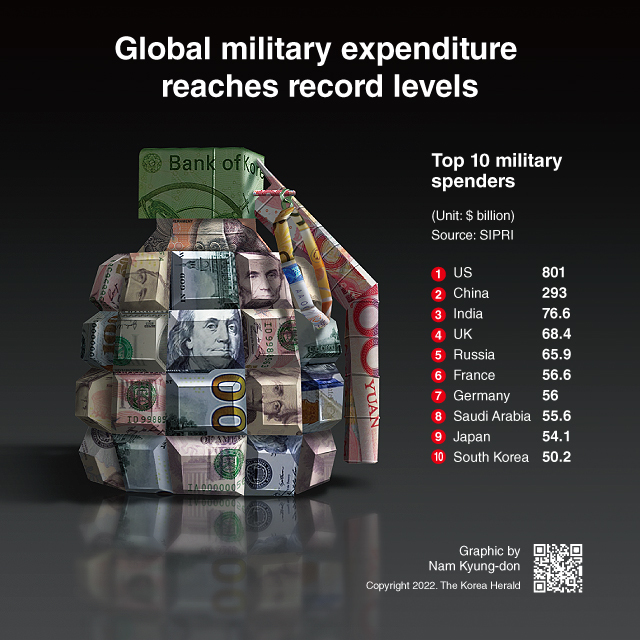 Global military spending reached an all-time high of $2.1 trillion in 2021 for first time, according to the Stockholm International Peace Research Institute.

The world military expenditure increase has not died down despite the economic fallout of the COVID-19 pandemic. The spending rose by 0.7 percent last year, and it was the seventh consecutive yearly increase.

The five largest spenders were the US, China, India, the UK and Russia, which together accounted for 62 percent of the total expenditure. US military spending marked $801 billion, which was a drop of 1.4 percent from the previous year. Meanwhile, Russia increased its expenditure by 2.9 percent to $65.9 billion, in the run-up to war in Ukraine.

China, Japan, and South Korea were among the top 10 spenders, placing second, 9th, and 10th, respectively.