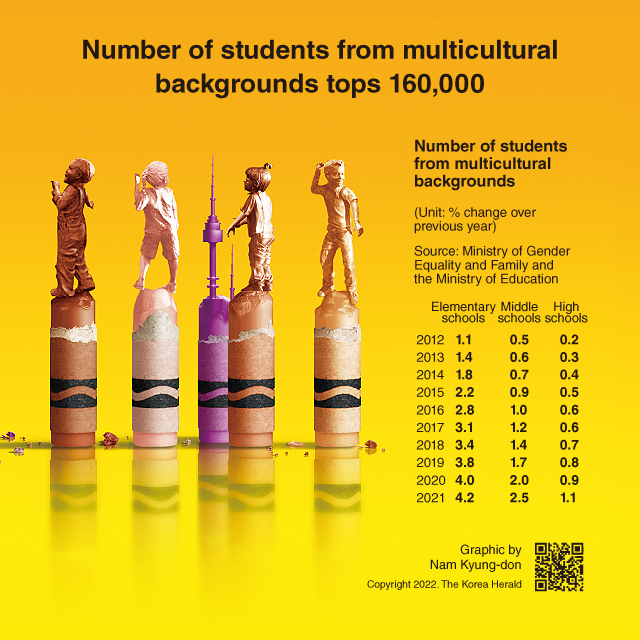 The number of students from multicultural backgrounds enrolled in elementary, middle, and high schools increased by three times over the last nine years to 160,058 this year from 46,954 in 2012, according to the Ministry of Gender Equality and Family and the Ministry of Education.

As a result, the proportion of multicultural students among all students increased from 0.7 percent to 3 percent.

In particular, in the case of elementary schools, the proportion nearly quadrupled from 1.1 percent in 2012 to 4.2 percent last year. Meanwhile, it increased five times to 2.5 percent from 0.5 percent in middle schools.