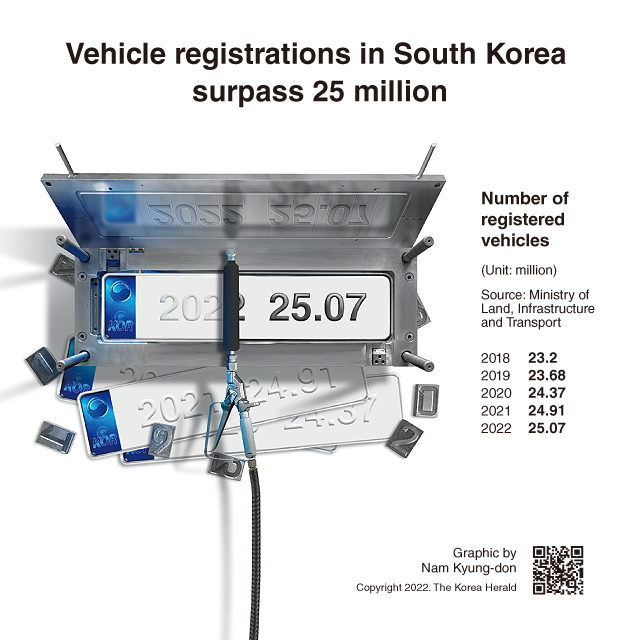 The number of registered vehicles in South Korea surpassed 25 million as of end-March, meaning roughly 1 out of every 2 South Koreans owns a vehicle, data showed.

Car registrations had come to 25.07 million in the country of 52 million people as of end-March, up 2.12 percent from a year earlier, according to the data from the Ministry of Land, Infrastructure and Transport.

The number of environmentally friendly cars registered here had advanced 7.7 percent from the previous year to reach 1.25 million as of end-March, accounting for 5 percent of total car registrations, the data showed.