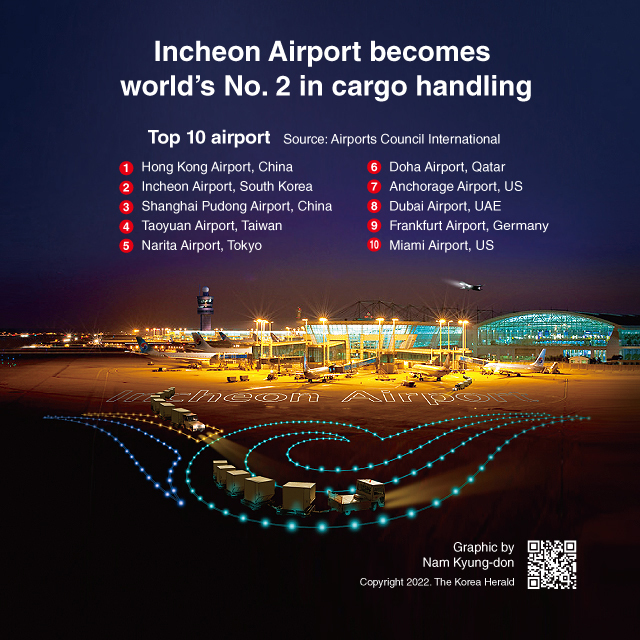 Incheon Airport, the main gateway to South Korea, became the world’s second-busiest cargo airport in 2021, up one notch from the previous year, a trade body said.

Incheon International Airport handled 3.23 million tons of international cargo, up 18.6 percent from a year earlier, according to the Airports Council International.

The airport, some 40 kilometers west of Seoul, ranked third in the world in terms of international cargo handling in 2019 and 2020.