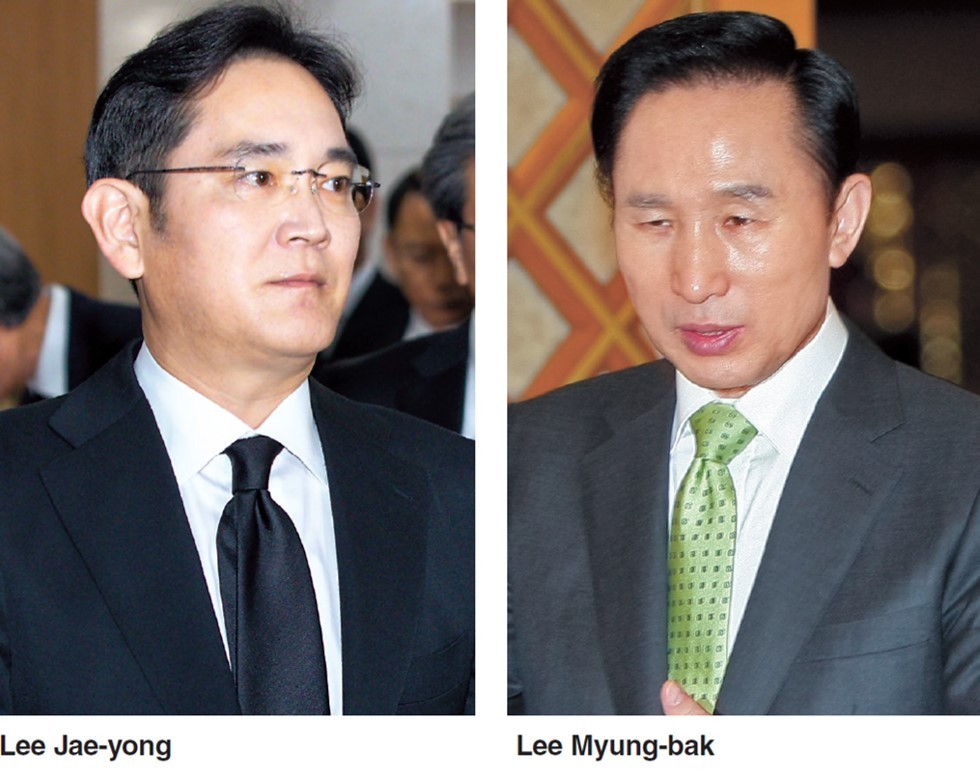 Two weeks before the end of his term, President Moon Jae-in is reported to be contemplating whether to pardon former President Lee Myung-bak and Samsung leader Lee Jae-yong amid growing calls from religious and business groups on the grounds of “national unity.”

Moon said in his last meeting with Cheong Wa Dae reporters on Monday, “It is true that people from all walks of life are requesting for pardons,” adding, “I think the public’s support of consensus is still the standard for us to follow.”

Five economic organizations, including the Korea Chamber of Commerce and Industry, the Korea International Trade Association and the Korea Federation of Small and Medium Business, submitted a petition to Cheong Wa Dae and the Justice Ministry on Monday to call for the pardoning of 10 business leaders on the grounds of “economic development” and “national unity.” The list of business leaders include Samsung Vice Chairman Lee Jae-yong and Lotte Group Chairman Shin Dong-bin.

The groups cited the need for the “dedication of competent businessmen” to overcome “global economic crises” and “secure future competitiveness” as the reason for the petition.

Religious groups are also demanding a special pardon for politicians.

They also stressed the need for pardons to achieve national unity.

Former President Lee, 81, was sentenced to 17 years in prison on embezzlement and bribery charges in 2020. He is serving a sentence until 2036.

As demand rises, Moon may grant pardons on Buddha’s Birthday, which falls on May 8, the day before his term ends.

According to a recent survey, negative public opinion is still expected to be an obstacle, as about 50 percent of the public opposed the pardon of former President Lee.

President-elect Yoon Suk-yeol and politicians have been cautious, refraining from talking about the issue.

Regarding the observation that the president could grant special pardons to former President Lee and others, President-elect Yoon’s spokesperson Bae Hyun-jin said, “It does not seem to be a matter for the president-elect to bring up and evaluate. It is President Moon’s inherent power…The public will evaluate the results when he does it.”

Song Eon-seok, deputy floor leader of the People Power Party, said, “Special pardons are the president’s own authority, so it is a matter for the president to decide.”