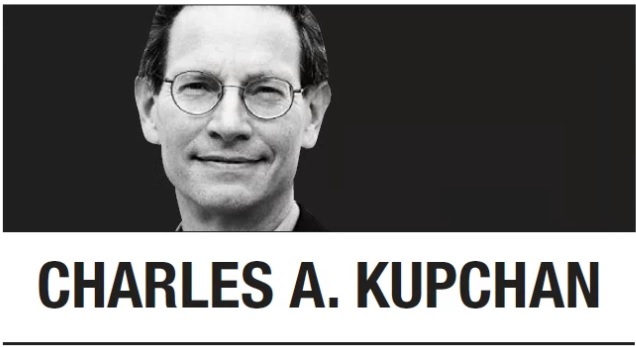 The solidarity on display at the recent NATO, US-EU, and G7 summits, as Russian President Vladimir Putin continued to wage war on Ukraine, revealed a rejuvenated West. The Atlantic democracies have responded to Russia’s invasion with impressive -- and somewhat unexpected -- unity as they arm Ukraine, reinforce NATO’s eastern flank, and sanction the Russian economy.

Instead of turning away migrants, European Union member states are opening their doors to millions of Ukrainian refugees. The US Congress seems to have rediscovered the bipartisan comity that has long been missing in Washington. The political theorist Francis Fukuyama even foresees a “new birth of freedom” that will “get us out of our funk about the declining state of global democracy.”

Not so fast. The political ills plaguing the Atlantic democracies may be out of the headlines, but they have not gone away. No one should assume that the prospect of a new cold war will by itself cure the United States and Europe of illiberalism and political dysfunction.

In fact, the war in Ukraine will likely have economic spillover effects that foster political blowback. That makes it imperative for both America and Europe to keep focusing on getting their own houses in order.

In Cold War America, the political discipline engendered by the Soviet threat helped mute partisan conflict over foreign policy. Similarly, the prospect today of a new era of militarized rivalry with Russia is reviving bipartisan centrism on matters of statecraft.

The left wing of the Democratic Party is no longer clamoring for cuts to the defense budget. Both the hawkish and the neo-isolationist wings of the Republican Party have toned down their criticism of President Joe Biden and generally rallied behind his response to the Russian invasion.

But this return to bipartisanship is likely to be short-lived. The bipartisanship of the Cold War era rested not just on the Soviet threat, but also on the ideological centrism sustained by widely shared prosperity within America.

The US political center has since been depopulated, and ideological moderation has given way to bitter polarization. Just before the war in Ukraine captured the country’s attention, public intellectuals in the US were debating the prospects for civil war. And according to one poll, 64 percent of Americans feared that US democracy is “in crisis and at risk of failing.”

Prolonged economic insecurity and gaping inequality are a big part of the problem, with the highest US inflation rate in 40 years heightening the risk of a return to the illiberal politics of grievance. The rising cost of energy and food is one of the main reasons why Biden’s approval ratings have remained low despite his strong handling of the war in Ukraine.

As the November midterm elections near, scant Republican support for Biden will translate into renewed partisan rivalry. And although the neo-isolationist wing of the Republican Party in Congress may be relatively quiet for now, it enjoys strong support among the party base and is likely to reassert itself as Western-led sanctions against Russia hurt US consumers.

Given the potential for illiberal US populism to make a comeback, the Biden administration urgently needs to continue advancing its domestic agenda. Funding infrastructure, education, technology, health care, and other investments offers the best way to alleviate the electorate’s discontent and revive the country’s ailing political center.

Europe, too, should keep a close eye on its home front. While Europe’s political center has remained stronger than America’s, strains to European cohesion lurk just beneath the surface.

Europe’s magnanimous welcome to Ukrainian refugees may trigger domestic backlashes as costs mount and the prospect of permanent resettlement looms. Weaning the EU off Russian fossil fuels will require considerable investment and could lead to even higher energy prices, potentially hampering Europe’s economic recovery from the COVID-19 pandemic. And while Poland and Hungary are now frontline states that deserve allied support, both are still ruled by illiberal governments.

Europeans, like Americans, need to continue working hard on domestic renewal. Economic restructuring and investment, reform of immigration policy and border control, and more pooling of sovereignty on foreign and defense policy can all help consolidate the EU’s solidarity and democratic legitimacy.

Putin’s brutal attack on Ukraine has helped revive the West. But the homegrown threats to liberal democracy still require urgent attention, even amid the strenuous effort to defeat Russia’s attempt to subjugate its neighbor. It would be tragically ironic if the West succeeds in turning Putin’s gamble in Ukraine into a resounding defeat, only to have its own liberal democracies succumb to the enemy within.