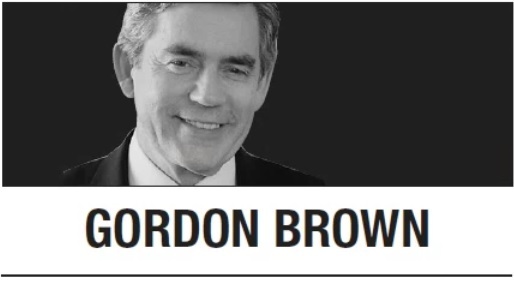 The world has responded to Russia’s invasion of Ukraine with sanctions, travel bans, and deliveries of humanitarian and military aid, all of which have been stepped up as Russian President Vladimir Putin’s war crimes claim more lives every day. Now, with the Ukrainian people’s courage and solidarity having stirred the collective conscience of Europe and much of the world, pressure is growing to complement these measures with criminal indictments of Putin and his closest associates.

The momentum is global. Some 140 prominent jurists and former leaders have issued a declaration of support for a “special tribunal for the punishment of the crime of aggression against Ukraine” -- an idea first proposed by Philippe Sands of University College London. Indeed, Ukraine’s lead prosecutor has announced that she is already compiling evidence of war crimes committed by Putin and his forces, and legal authorities in Germany and Poland are launching investigations of their own. In Spain, a magistrate has been building a case upon which to issue international arrest warrants for Putin’s inner circle, as was done 20 years ago to arraign Chile’s former dictator, Augusto Pinochet.

Moreover, following requests from at least 39 countries, the lead prosecutor of the International Criminal Court is opening an investigation into war crimes and crimes against humanity in Ukraine (though the ICC cannot prosecute Russia for the specific crime of aggression). And Michelle Bachelet, the United Nations High Commissioner for Human Rights, has announced that a UN Human Rights Council commission of inquiry will compile a dossier documenting crimes against humanity, war crimes, and aggression.

Meanwhile, Russia’s own hired legal gun at the International Court of Justice has resigned, saying, “Enough is enough. It’s become impossible for me to represent a country that so cynically despises the law.”

Putin’s crimes are so grave that all investigations are both essential and welcome. But the priority now is to move fast. The world needs to send a message to the people of Ukraine that the world will act, and to Russia’s current leadership that anyone helping to sustain Putin’s war of aggression will not escape with impunity and would do well to distance themselves from the regime and start turning over evidence.

A decision on a special international tribunal has been requested by Ukraine, and we need European governments to support that call. But we could already establish an interim office to investigate all incidents that may constitute the crime of aggression. An interim prosecutor could be appointed to compile the evidence and consider the basic questions -- the nature of prosecution, the issue of immunity, and the rules of procedure. This operation would preferably be based in The Hague, and it need not involve more than 10 staff members. With financial support from one or two governments, it could work closely with the ICC in their respective but complementary investigations.

The crime of aggression is a relatively straightforward offense to investigate and prosecute. It applies to all those who plan, initiate, influence, or shape an overall policy of aggression. A group of American lawyers has already done impressive work documenting what they consider to be acts of aggression committed by Putin, starting with his 2014 decisions to seize Crimea and to deploy troops in Ukraine’s Donbas region.

Putin’s crime of aggression against Ukraine does not end with the invasion that began on Feb. 24. It has continued with each deliberate attack on Ukrainian cities and towns, with his targeting of innocent civilians, with his refusal to honor humanitarian corridors and cease-fires, and with his use of nuclear power stations to extort the Ukrainian government.

When war crimes committed in Yugoslavia and Rwanda were on the agenda 30 years ago, US President Bill Clinton led a bold initiative to create special tribunals that were eventually endorsed by the UN Security Council. The justifications given then are no less relevant today. The Americans saw a need for moral leadership. A tribunal was not there to favor any one race, religion, or ethnic group, Clinton explained. But it would, as he said then, draw a line between those who had decided to wield a clenched fist and those who were willing to extend an open hand. That, he said, is ultimately the one dividing line that really matters.

Our task today is the same. We must draw a line between those who see the world as a never-ending struggle between “us” and “them,” and those who would embrace our common humanity. By beginning the process of investigating, documenting, and prosecuting Russia’s international crimes, we can give the people of Ukraine -- and the world -- a realistic hope that justice will be done, and our common humanity acknowledged.


Gordon Brown
Gordon Brown, a former prime minister of the United Kingdom, is the United Nations special envoy for global education and the chair of the International Commission on Financing Global Education Opportunity. -- Ed.