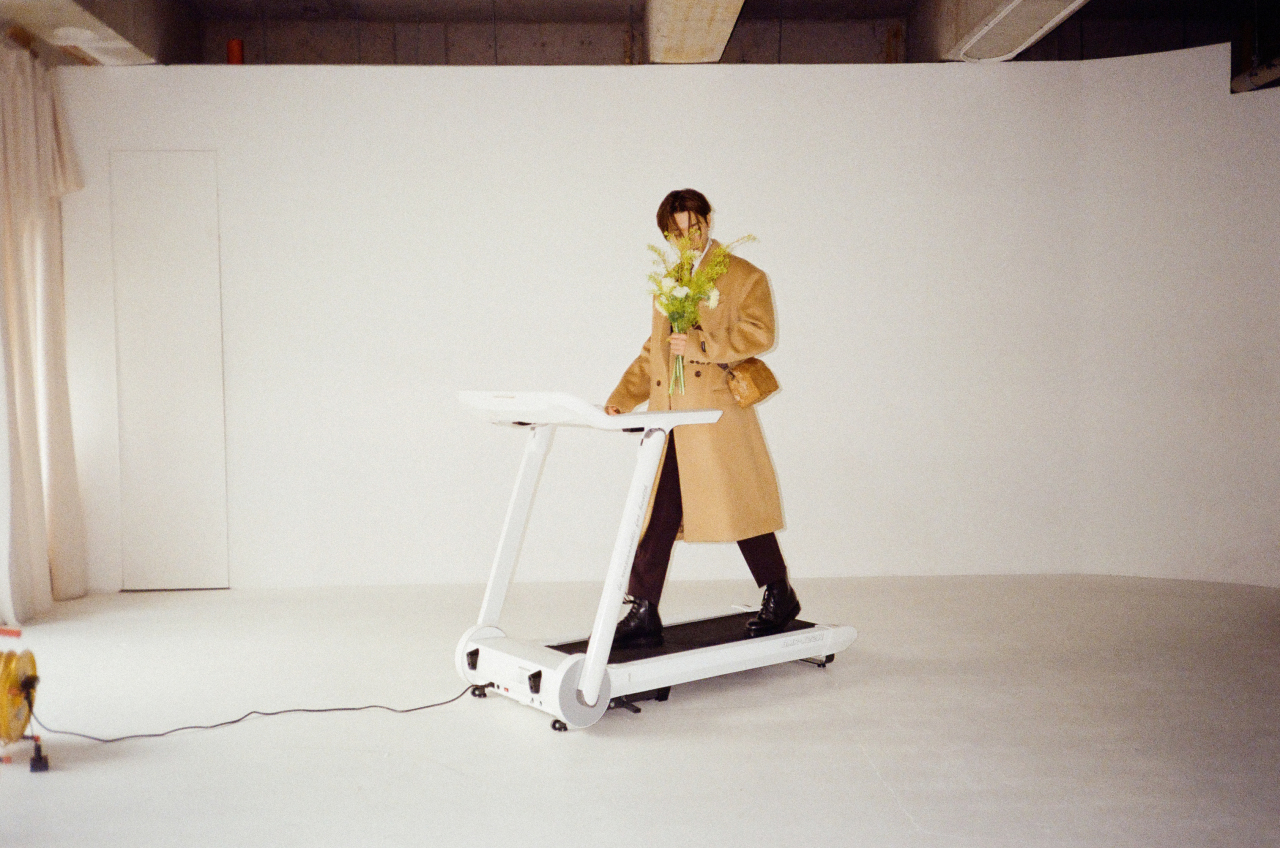 Music is a vessel for singer-songwriter Grizzly to convey his thoughts, creeds and the moments he has captured in life. And after a one-year hiatus from music, the singer has finally found himself returning with a true work of art forged by emotions of love.

Grizzly made his way back to the charts with his new single, “Beige coat,” released Jan. 5. This time, the singer returned with a love song that immerses listeners deep into their feelings.

“It's a song that talks about how I’m on my way to pick up a woman wearing a beige coat. Since it's a love song, I melded in heart-fluttering emotions into the lyrics,” he said.

He explained that his “heart-fluttering” emotions are what a guy should do and prepare when he is on his way to see someone he loves. The musician added that listeners should focus on the words to the song.

“The lyrics are my true stories and how I made plans for a date and behaved when I was on my way to see my girlfriend. If you listen carefully, I talk about how I stop by a bakery and buy a flower,” the singer said.

Reminiscing about how he first floated the idea, Grizzly said everything started from beige. “The beige coat gives a warm and soothing feeling. I thought that the warmth would suit me well, and I started working on it from then.” 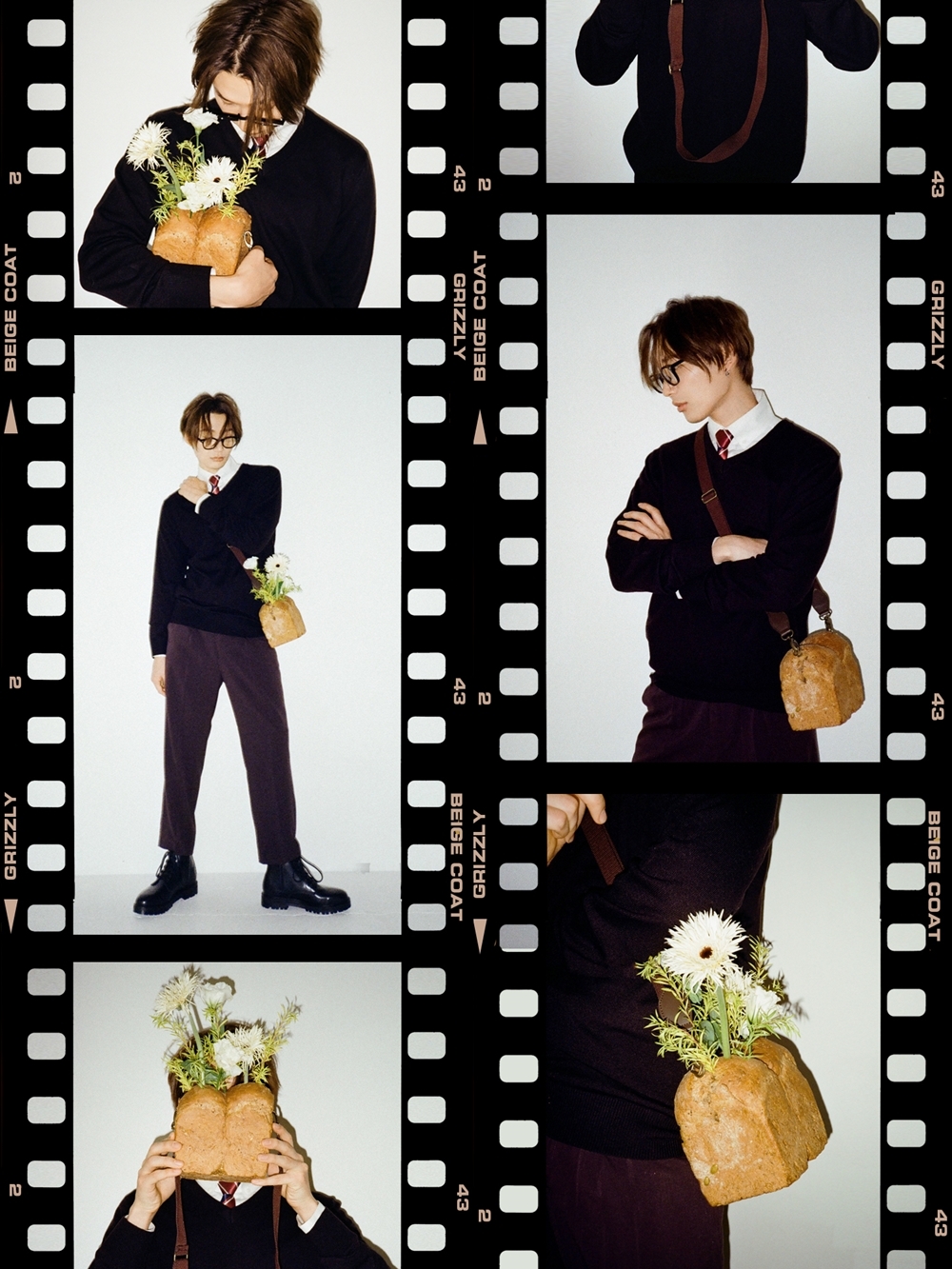 Speaking about why he chose “coat,” the artist said he also had other styles in his mind, but since many people wear coats during the frosty weather, he decided to go with the word.

Also, from choosing what to wear and what props to use for his album cover, the versatile musician took part in many areas of the whole production process. When asked why Grizzly said fashion art is a tool to visually show what he wants to convey.

“Since the word beige coat appears in the song, I thought of portraying myself as the boyfriend by donning the same outfit.”

But Grizzly’s route to releasing “Beige coat” had bumps and cracks. “My company turned down the songs I had written during my break. I think they wanted a tune that is easy to listen to,” he said.

The singer also said he kept questioning if bringing his studio sound to the masses was the right choice. “I made this song six months ago and finished recording very early, so I didn't know if it would make for ‘good’ music.”

After all the hassle, the singer said fans have been telling him that this is what they’ve waited for. “I hope my excitement lands well with fans as well,” he added. 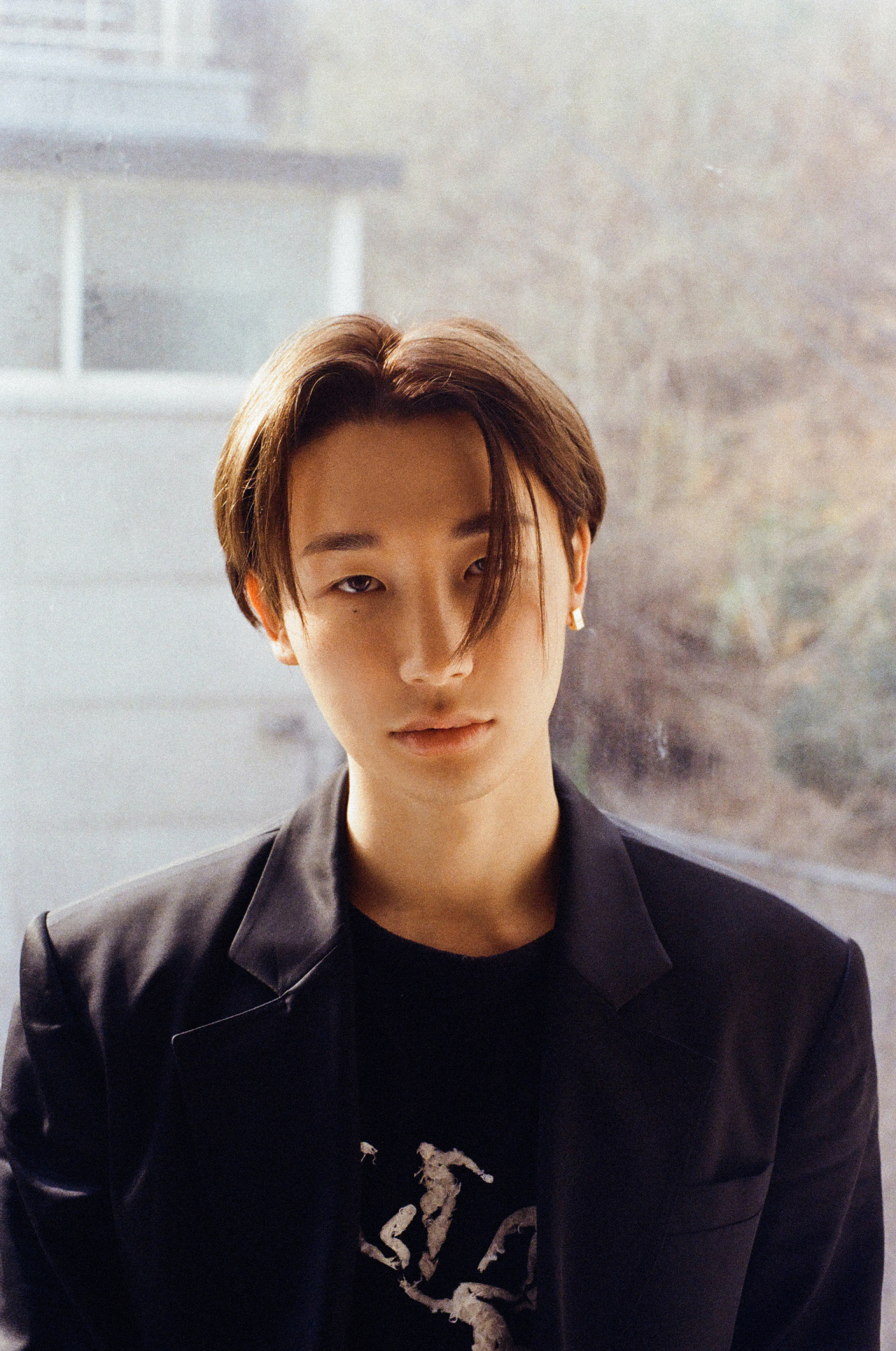 Music, a key to unlocking beats

For singers, the pleasure of anticipation is synonymous with keeping fans waiting and keeping them wanting for more. But for Grizzly, the excitement was a well-carried burden for seven years.

The singer-songwriter's retreat from music was prompted by one question: are singers supposed to drop an album every year?

“I thought I was supposed to put out albums regularly. I believed that a singer must release an album and work on songs, and I faced pressure by putting more on myself,” the 29-year-old said. He continued, saying his life was a repetition of working on new tracks since he penned most of his songs.

Grizzly didn’t go long between album projects and came back as a surprise. The wunderkid has produced 23 albums since his debut in 2014. And right before he decided to step back from music, he released seven albums in 2020.

He said he started asking why other singers were not walking the same path as him, and the idea had overtaken him during his break. But it was music that took the singer out of the dark.

“I didn't know that I had lost my sparkle, but I overcame that phase by thinking of releasing a new album. In the end, music healed my misery. I’ll be visiting fans more often this year with my songs,” the virtuoso said.

And now, Grizzly dreams of making tunes that are heard by many.

“I enjoy exploring different tunes and songs, but this could also be translated as a singer without traits since I do all types of music,” he said. The artist continued, expressing hopes that he would be labeled as a singer-songwriter with good music and an artist that music listeners can trust.

Grizzly went on to say that drawing a line between good and bad music is hard since listening is in the ear of the hearer. But he clarified that his songs are his definition of a good song. “The songs I’ve made are good in my standard, which is why I’ve put out those for a listen.”

Speaking about how he draws upon a wide range of musical genres, the musician said his smaller body of work like a single is more of his company’s taste, while he melds in more of his musical personality in his albums.

“Stringing the verses together, writing a melody and arranging which instruments to use is a joy because you can explore different music,” he said. 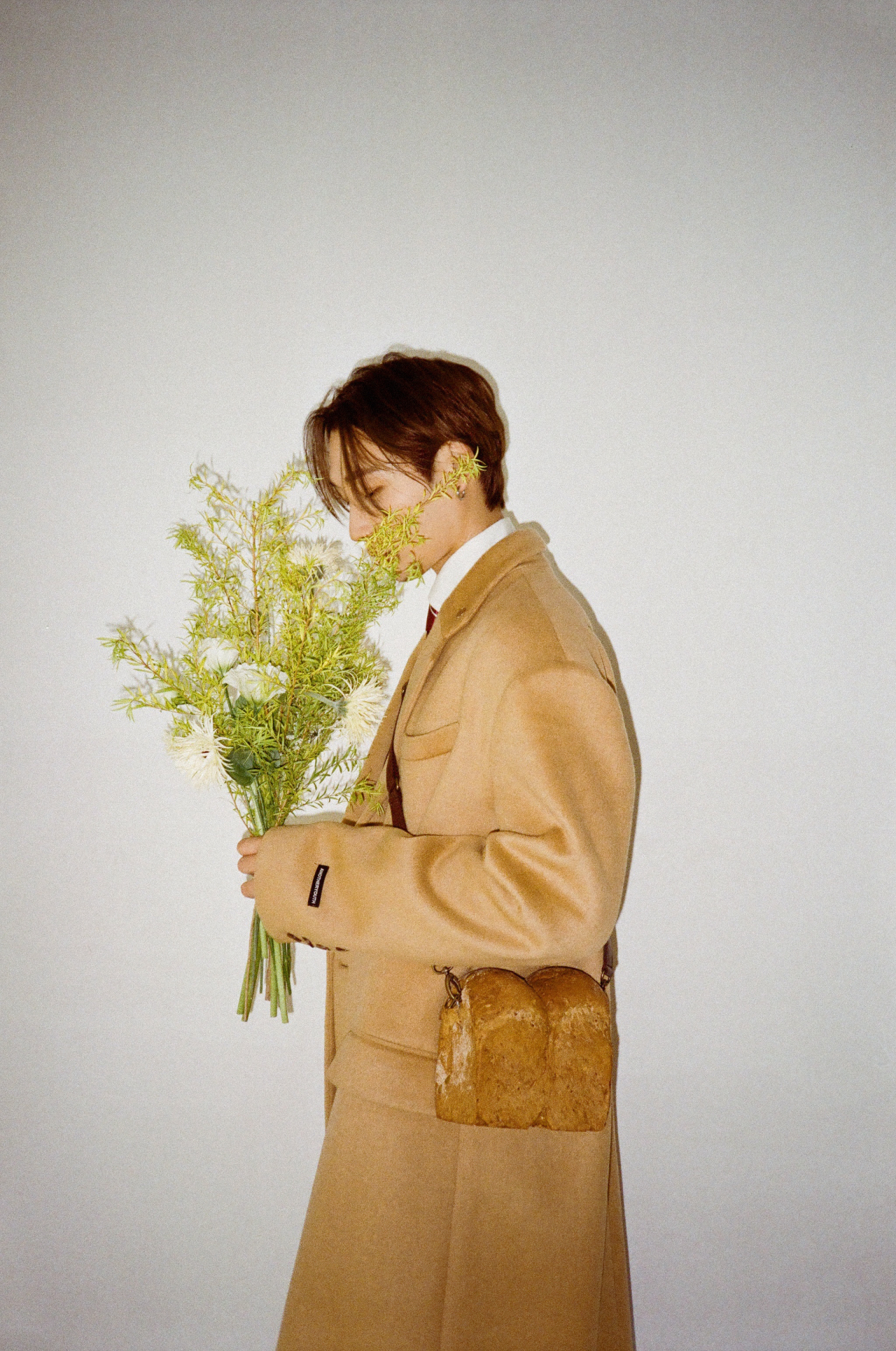 “Life, Breath, Rest” is the title of Grizzly’s second LP but is also the creeds he holds in his heart. The singer wants to live a peaceful life and rest and has learned to let things flow just like the breath. But at the same time, his passion for music is immense.

“I had so much negativity about the industry when I started music. I would listen to other songs and question why that music and singers gained popularity,” he said. The artist went on to say that the idea still remains valid, but he has accepted the system of how music gains fame.

When asked why, Grizzly said it’s because many talented people treat music genuinely these days. He added that this is why so many Korean musicians are gaining spotlight and exposure.

Grizzly went on to say that he adapts well to a new environment. He said that since singer-songwriters are flooding in the music scene, he wanted to show that he could “musically win.”

The artist described “musically winning” as not wanting to be a villain. “I’m selfish when it comes to music, but I don‘t want to step over others, although I could be viewed as a bad apple if my songs are more widely heard,” he said.

Also, Grizzly aims to branch out to other genres by making his mark as a songwriter. “Writing songs for other artists as a composer is fun because it‘s completely different from what I do. I have to come up with a tune that fits the taste of the one who requested, but I can go experimental with music,” he said.

The singer earned his stripes by working with boy band NCT Dream for “ANL” and Chunha’s “Remind of You.”

In his 8th year, Grizzly has set his heart on finding the answer to what he could gain through music throughout his musical journey.

“As corny as it sounds, music can soothe troubles and give strength, but I think it could be a meaningless medium for some people,” he said. The singer continued, saying that music is his job, but that doesn’t mean that people who don't listen to music are weird.

And now, Grizzly longs to make music that makes listeners understand his thoughts. “Music shouldn’t only be a tune. It should touch, and I would be happy if my thoughts land well with people.”