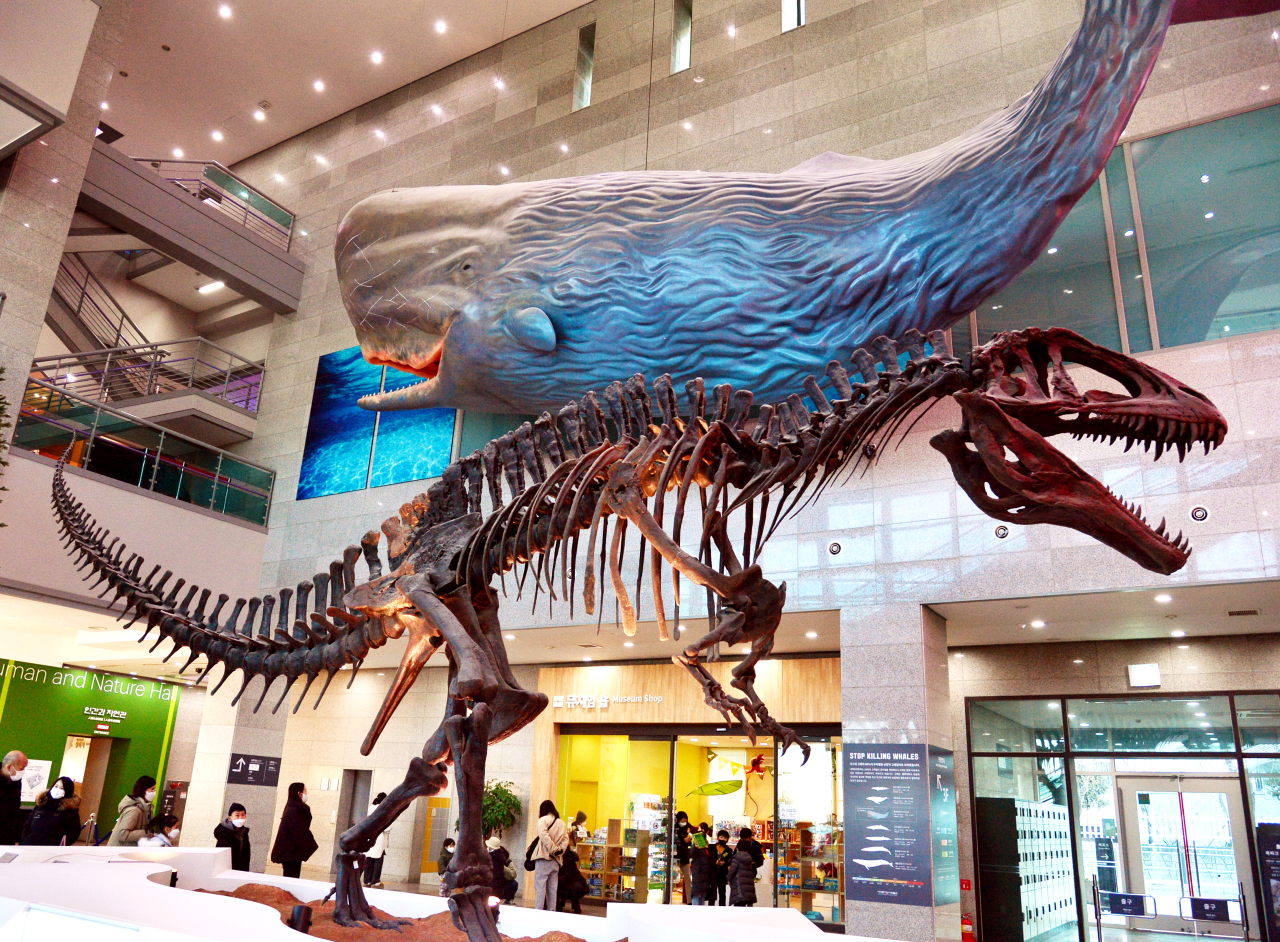 A mask-clad life-size tyrannosaurus rex in front of Seodaemun Museum of Natural History marks a boundary between the contemporary world in a battle against the pandemic and a venue that shows a glimpse of the prehistoric world. 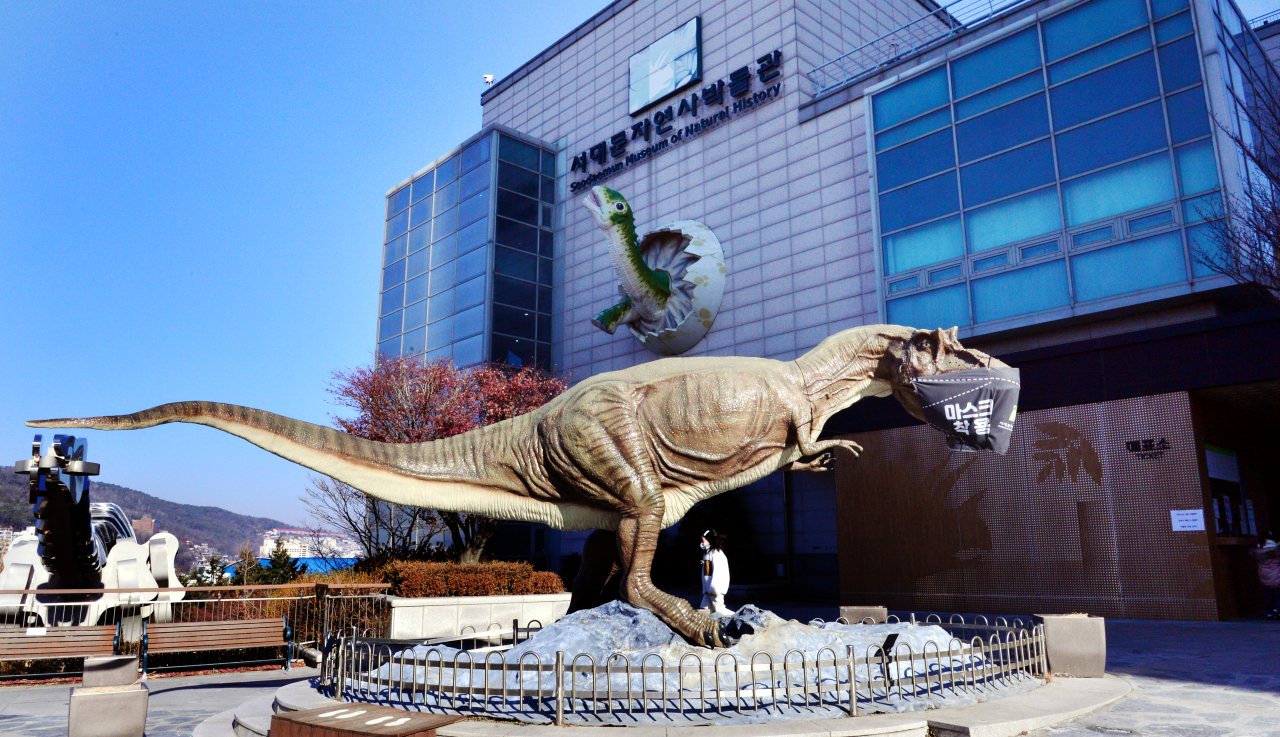 A few steps past it, visitors inside the museum‘s main hall can let their imagination run wild as they bring themselves face to face with a skeleton of a 10-meter-long acrocanthosaurus and a model of a giant sperm whale hanging from the ceiling.

At Seodaemun Museum of Natural History, located in central Seoul, visitors will be advised to go straight up to the third floor upon arrival, where motion pictures of volcano eruptions and lava flow, as well as exhibits of fluorescent minerals -- all marked by vivid colors -- encourage them to keep track of how the Earth came into being, simply by walking through the exhibition. 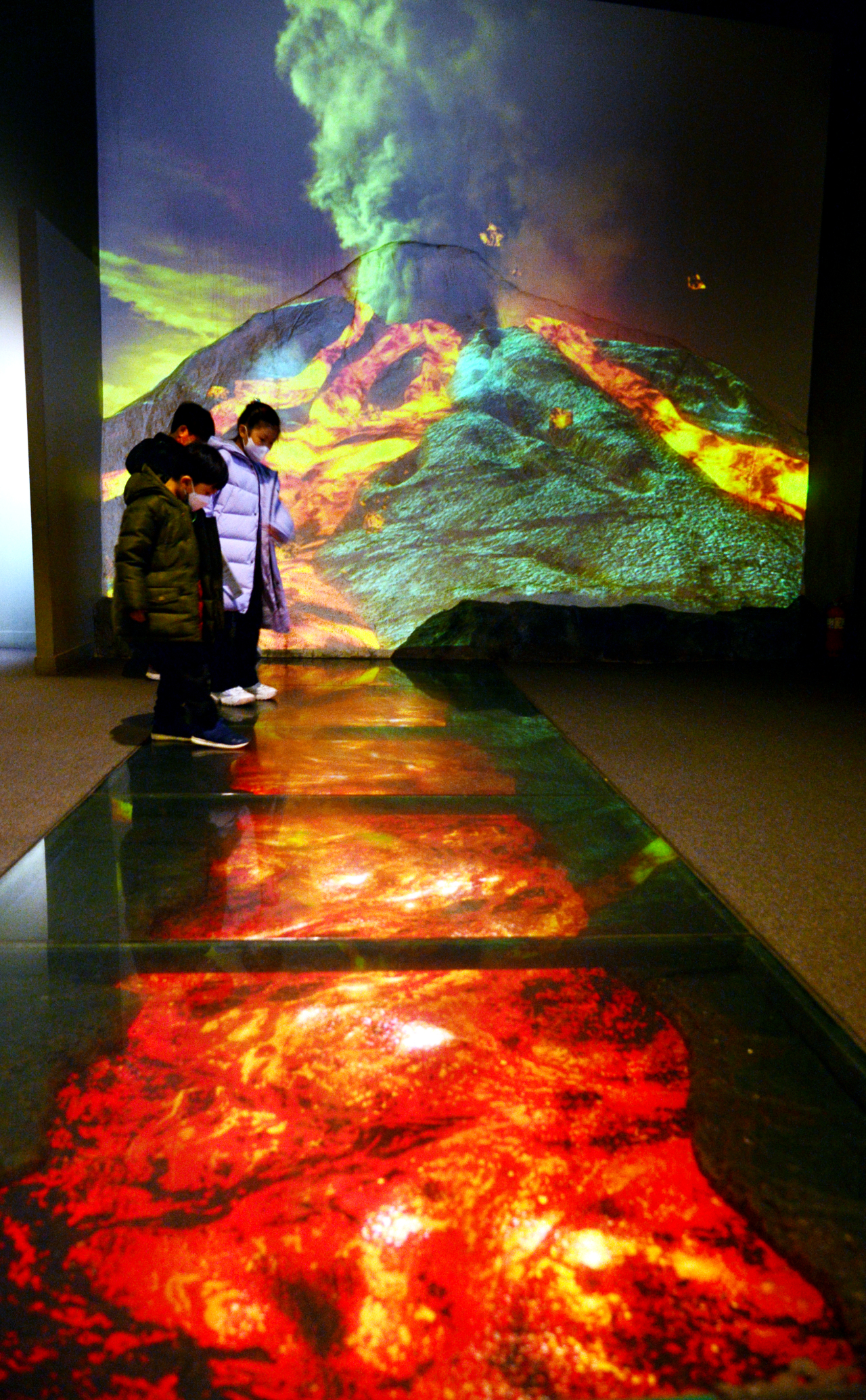 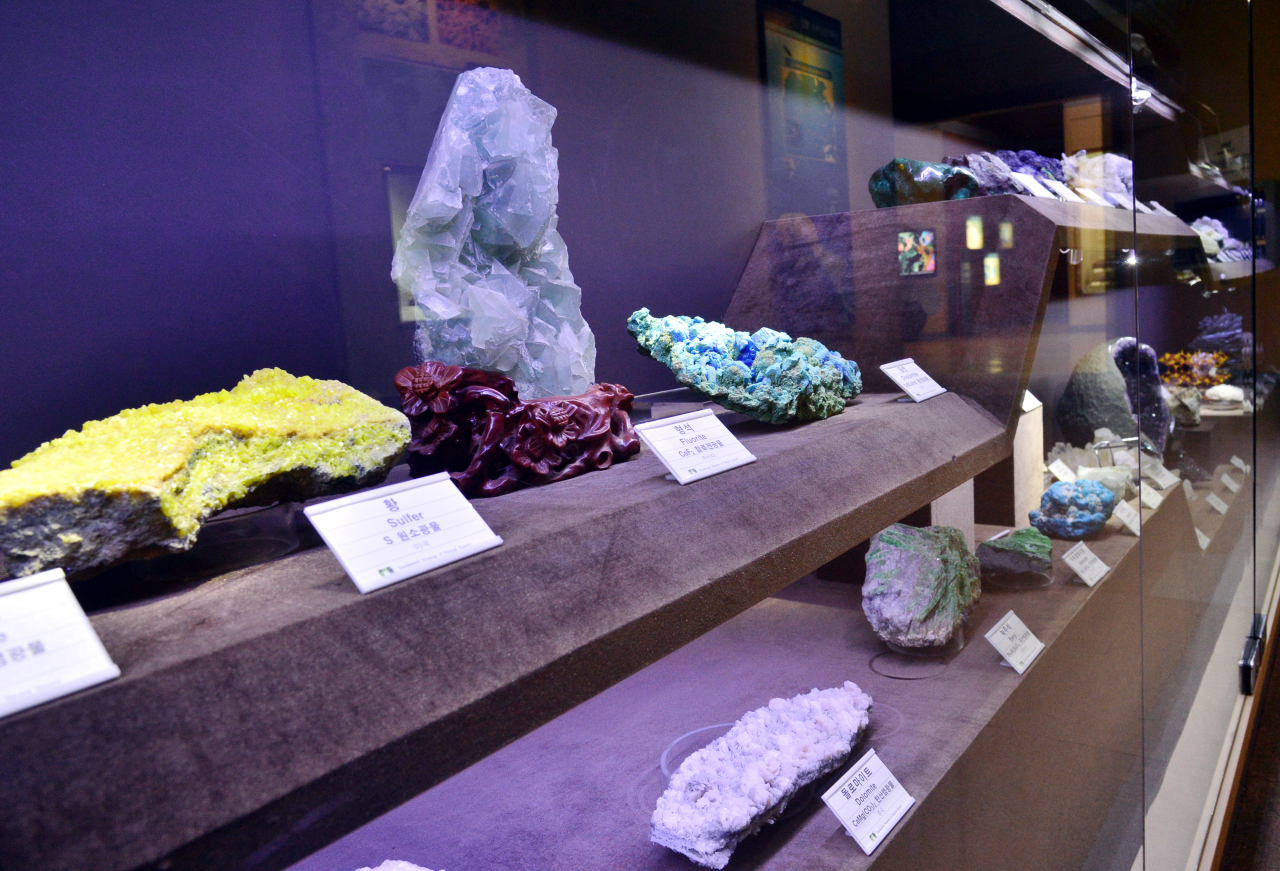 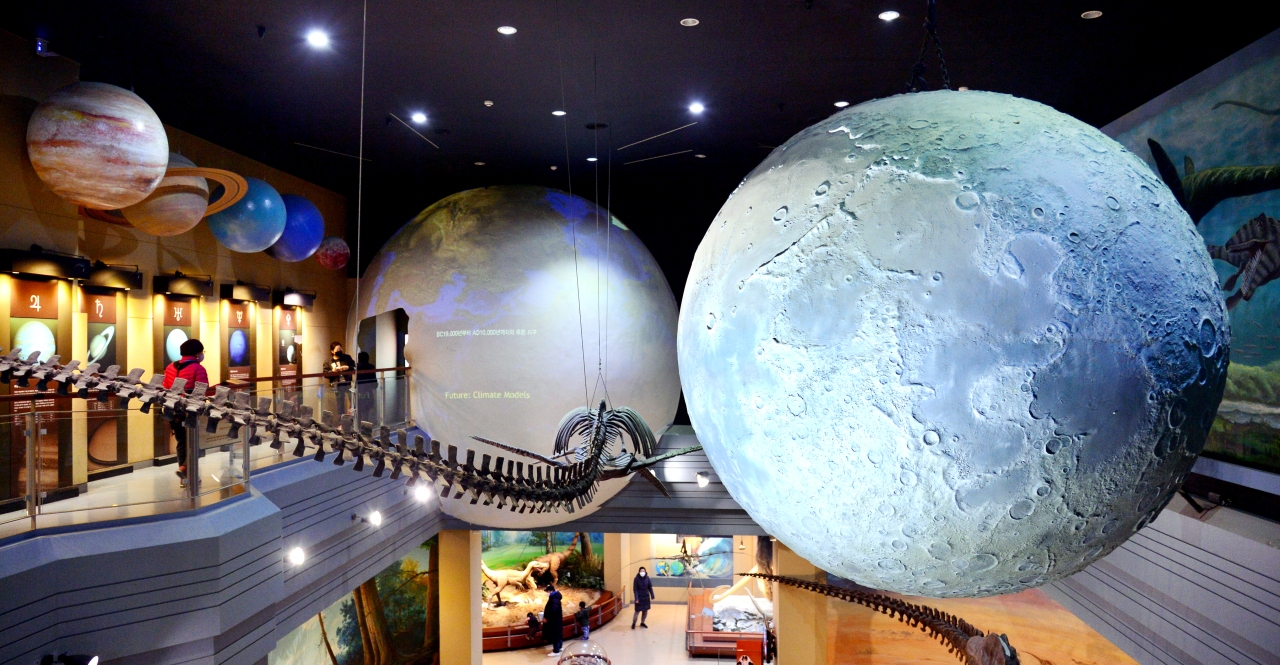 On the second floor, models, skeletons and skulls of prehistoric beasts -- triceratops, pachycephalosaurus, stegosaurus and velociraptors, troodons, to name a few -- conjure up the Reptilian Age, when humankind did not exist. Moreover, other life-size models of extinct creatures such as mammoth and prehistoric whales, as well as fossils of trilobites and skulls of primates, are all on display.

These are among some 45,000 specimens the museum has collected in the past two decades, in the building with a total floor area of 6,950 square meters. 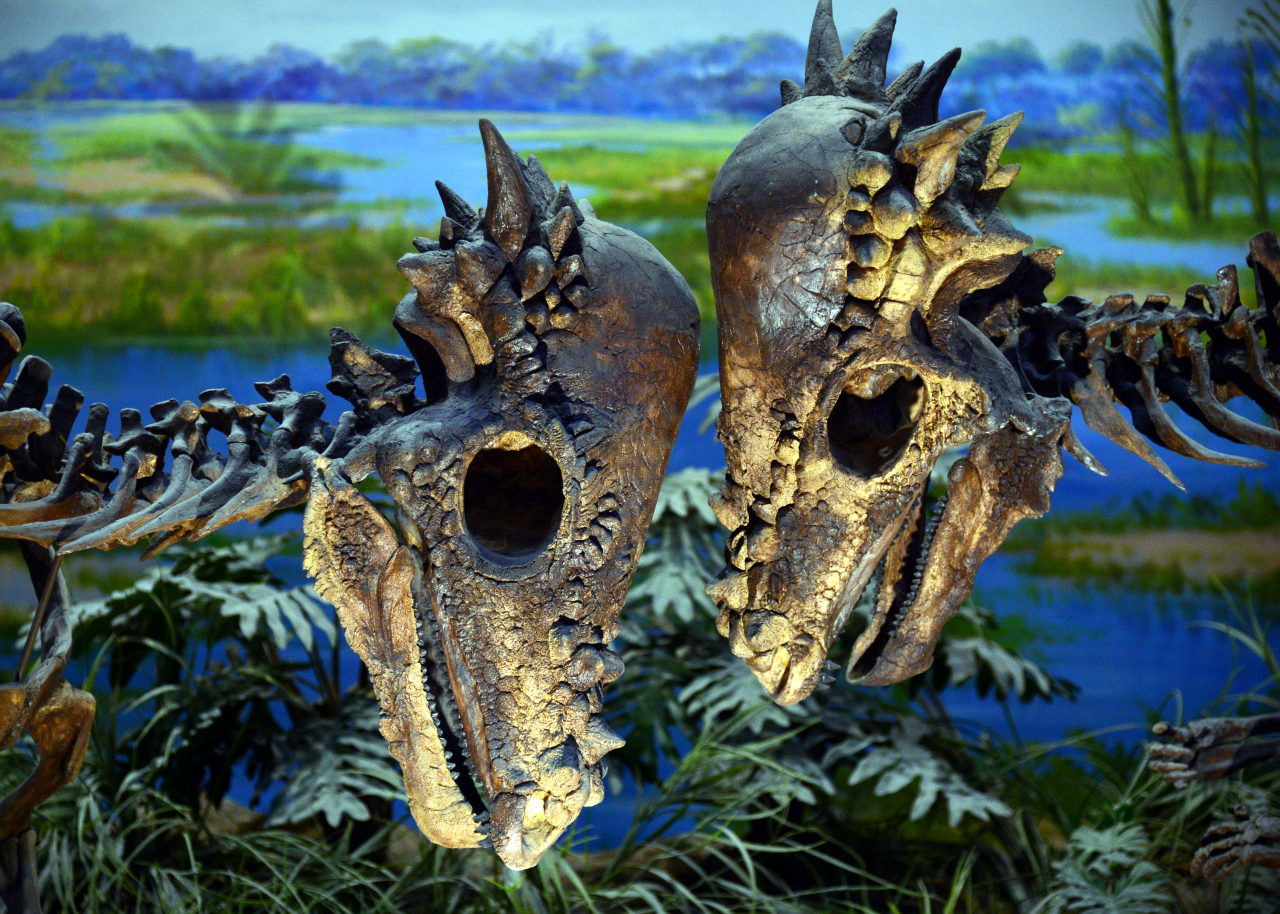 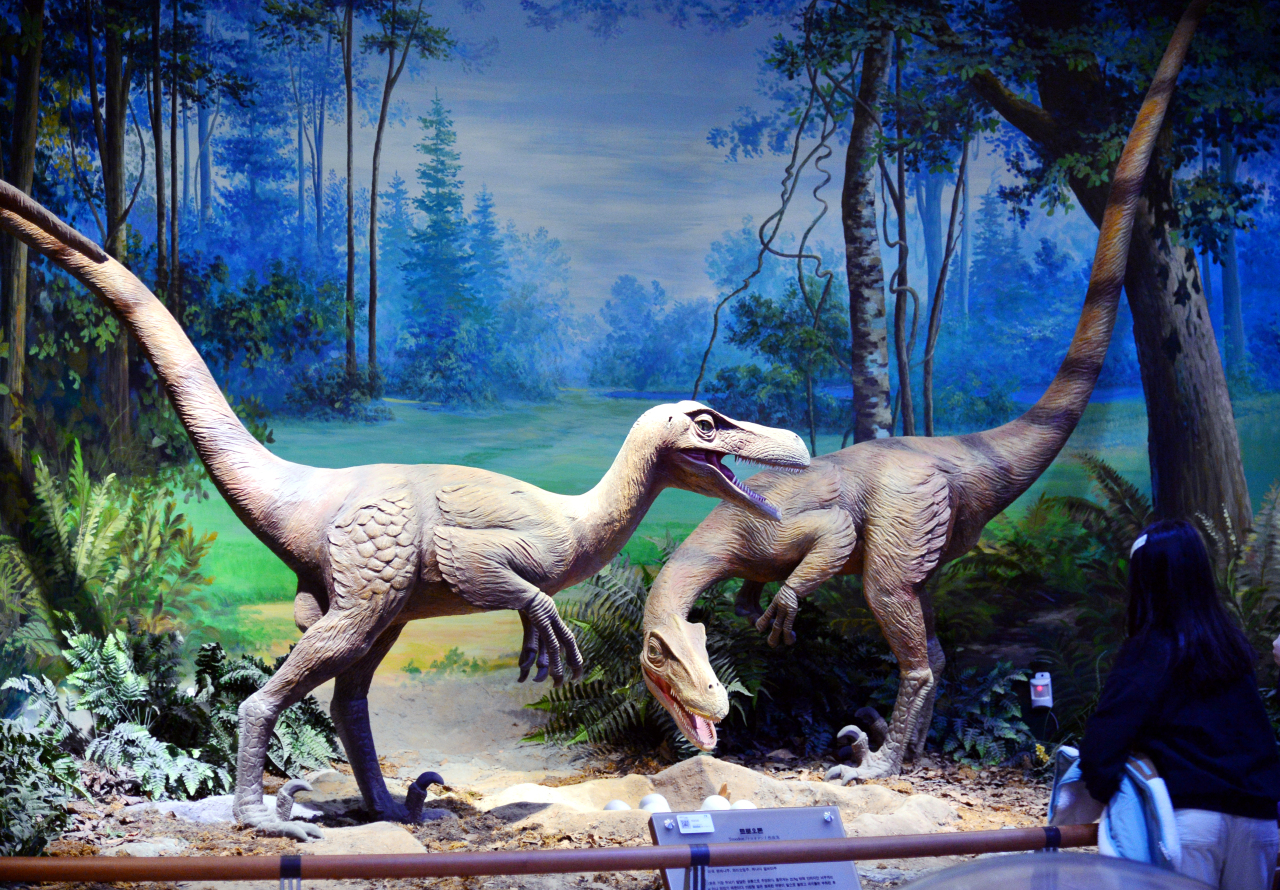 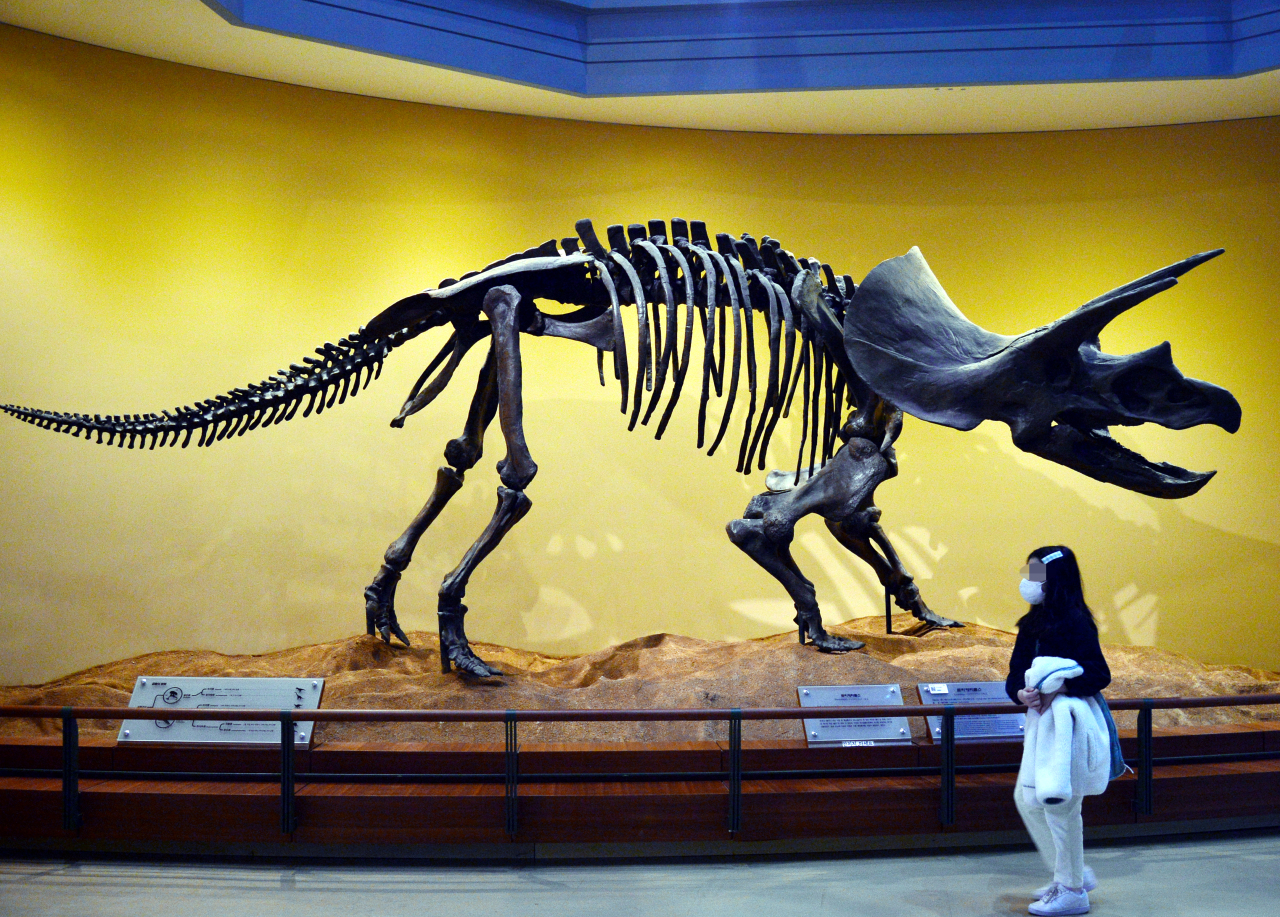 Walking past the exhibits on the Paleozoic, Mesozoic and Cenozoic eras, as well as some stuffed animals and mammals, visitors return to the first floor, facing what the human race faces in the real world: More and more species are being pushed to the brink of extinction.

Seodaemun Museum of Natural History reopened in September 2021 after a three-month renovation. It is Korea‘s first-ever public museum of natural history run by a local government. The museum is closed on Mondays. 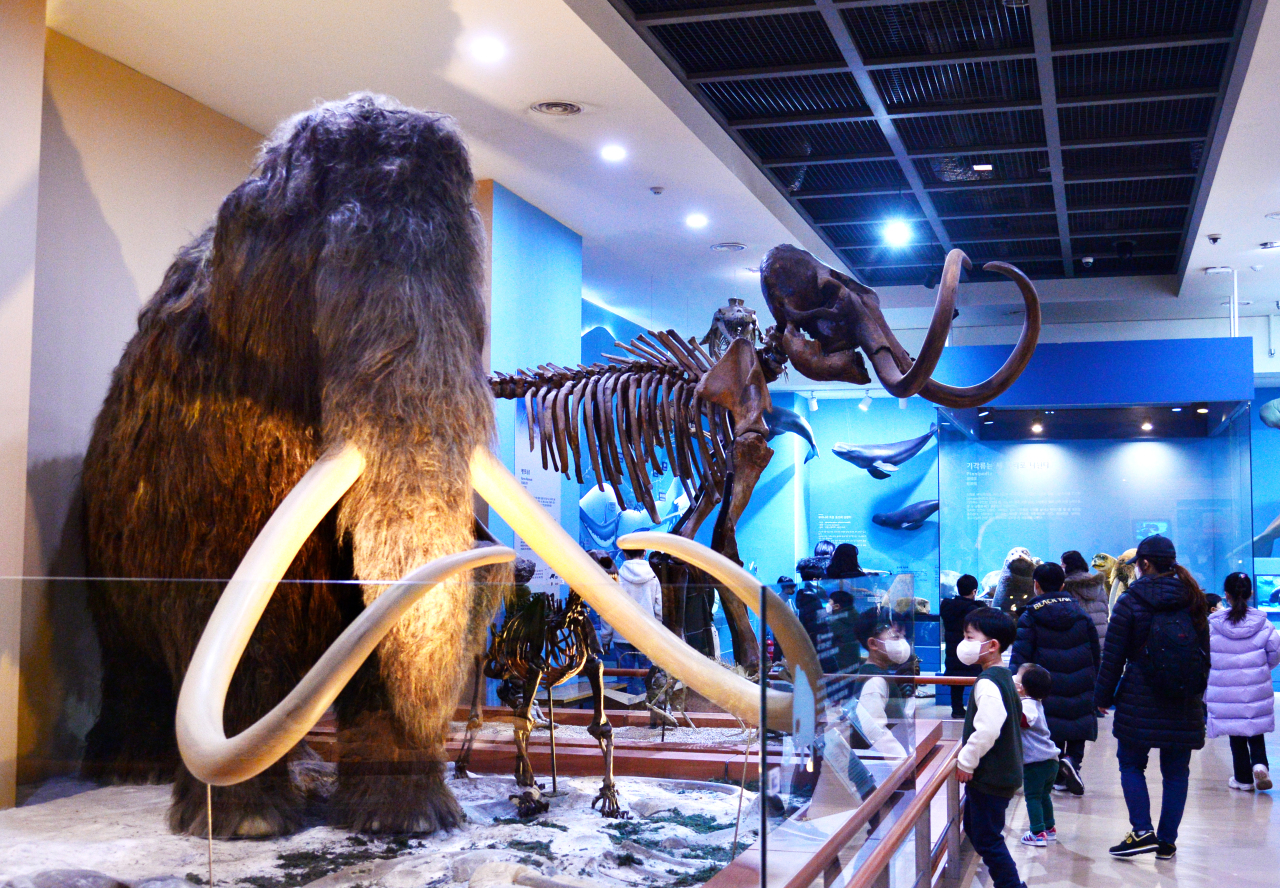 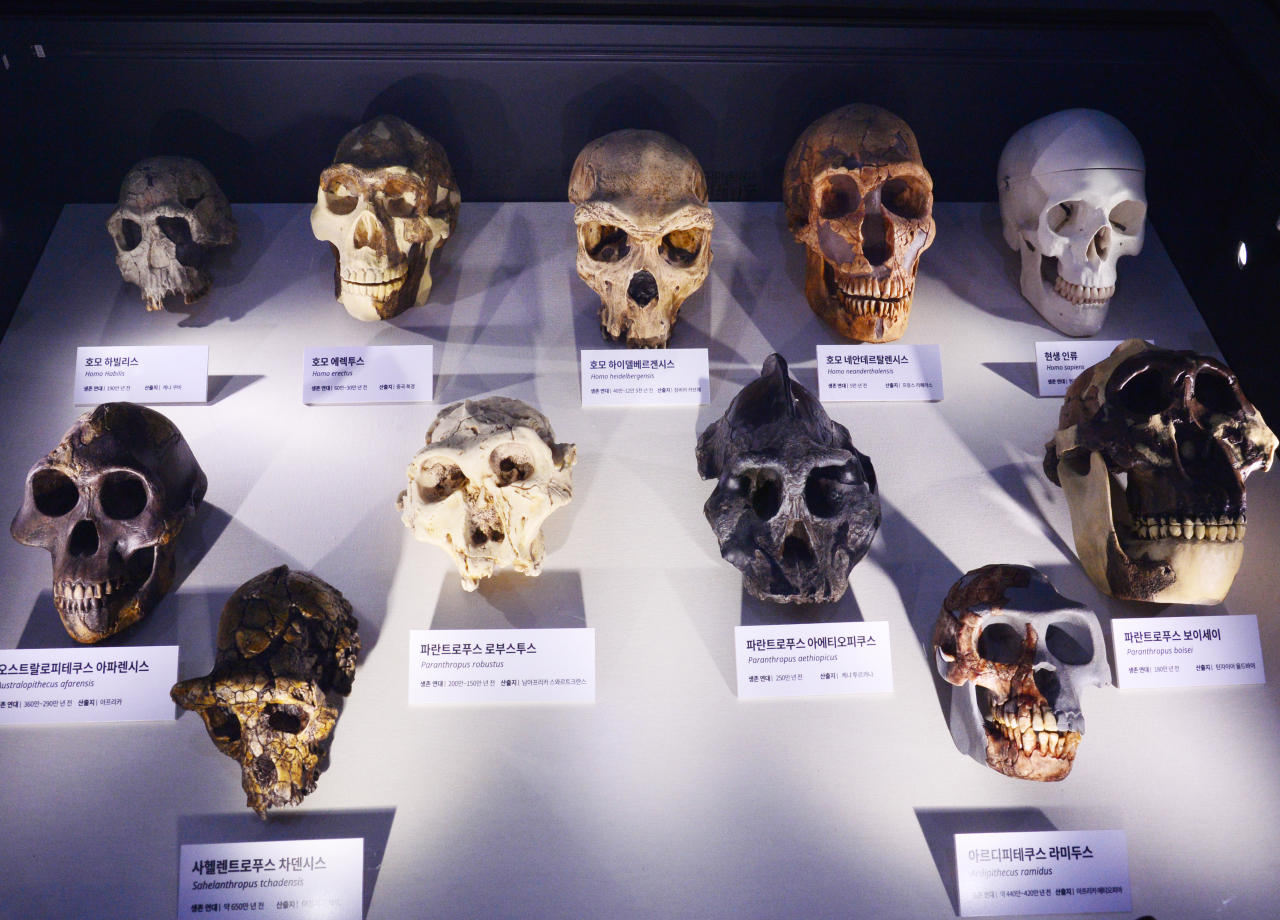 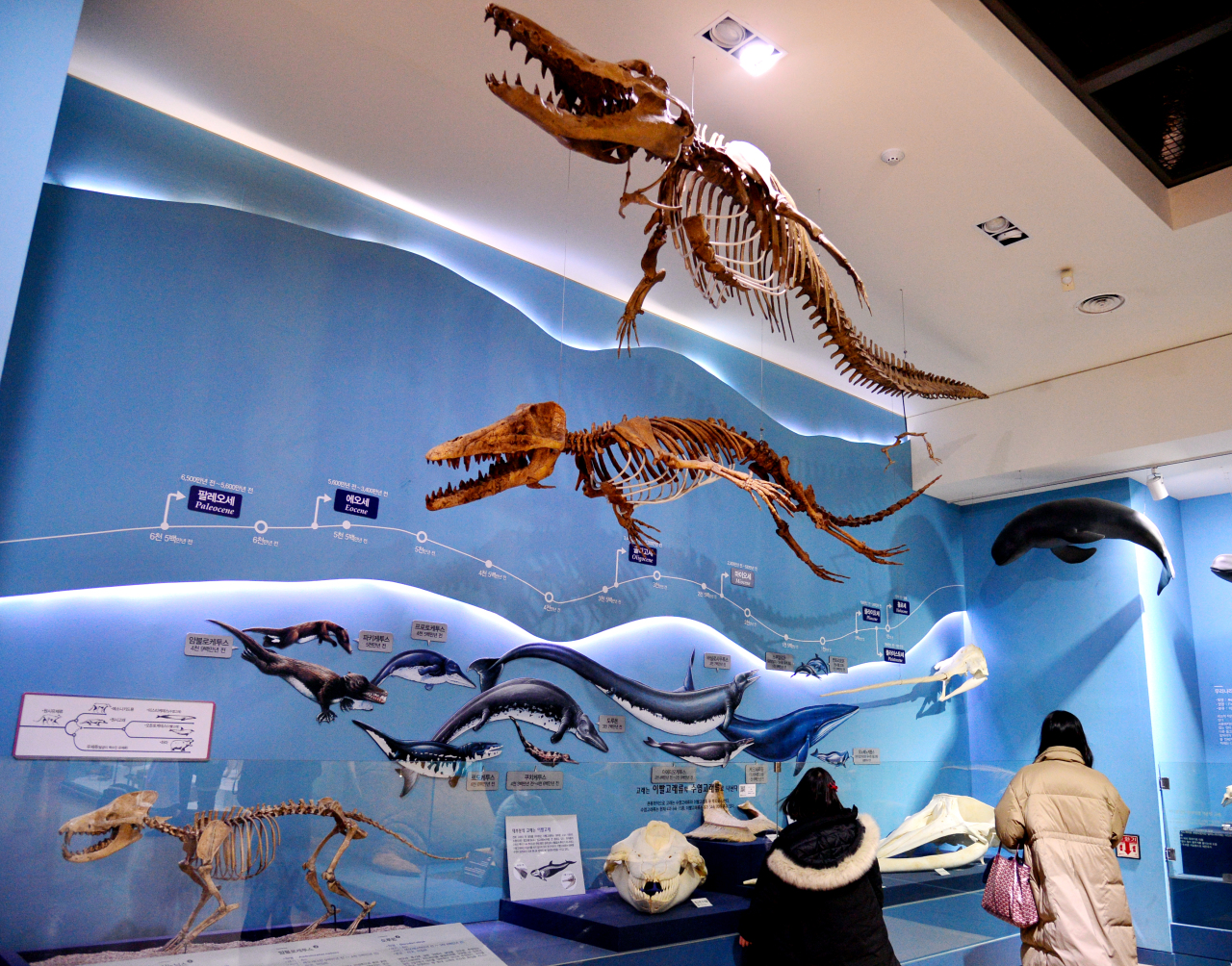