[Eye Plus] Smart shelters to stay before your bus arrives 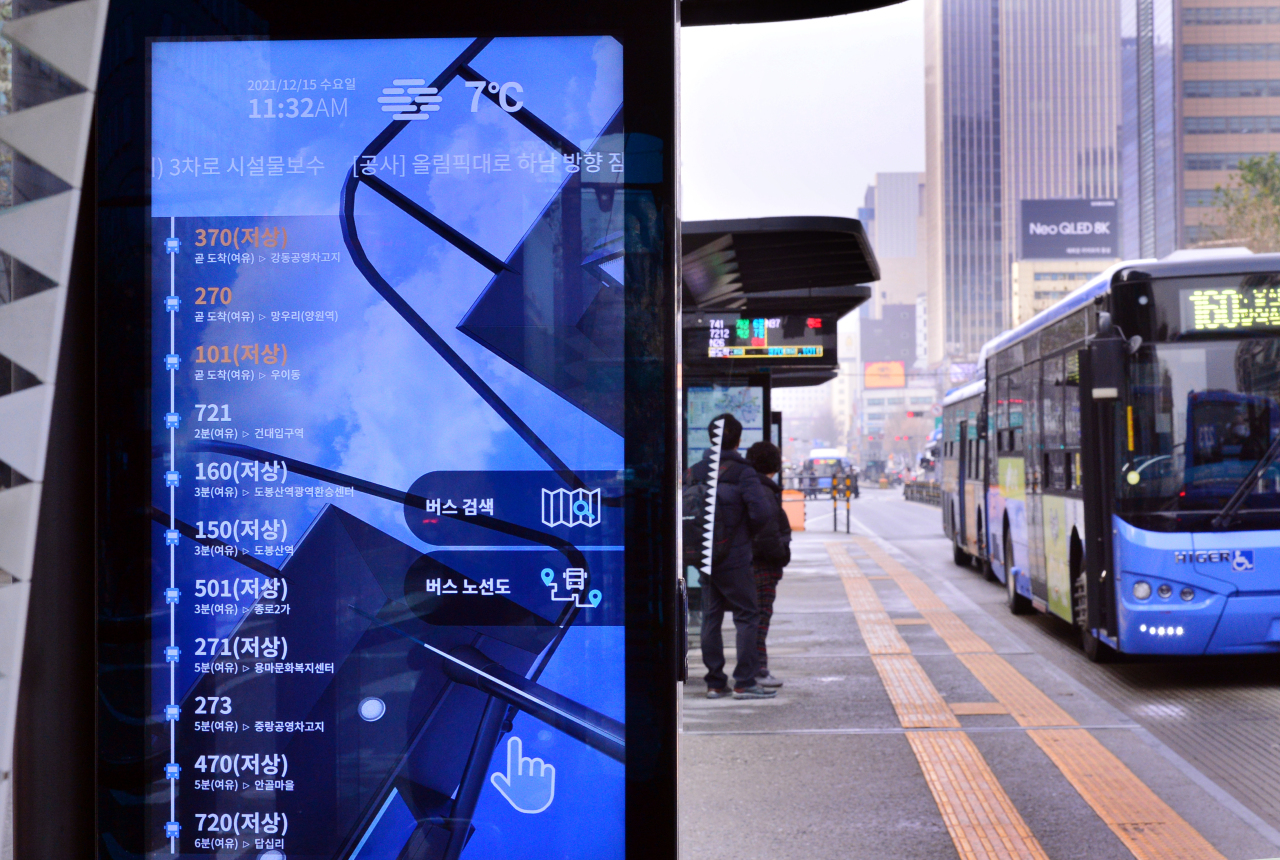 A decade ago, Seoulites were exposed to all of the elements of climate alongside automobile exhaust while waiting for the next bus to come.

Today, the city has adopted digitally renovated bus stops that alert passengers of incoming vehicles, protect them from weather changes and help them better respond to medical emergencies. 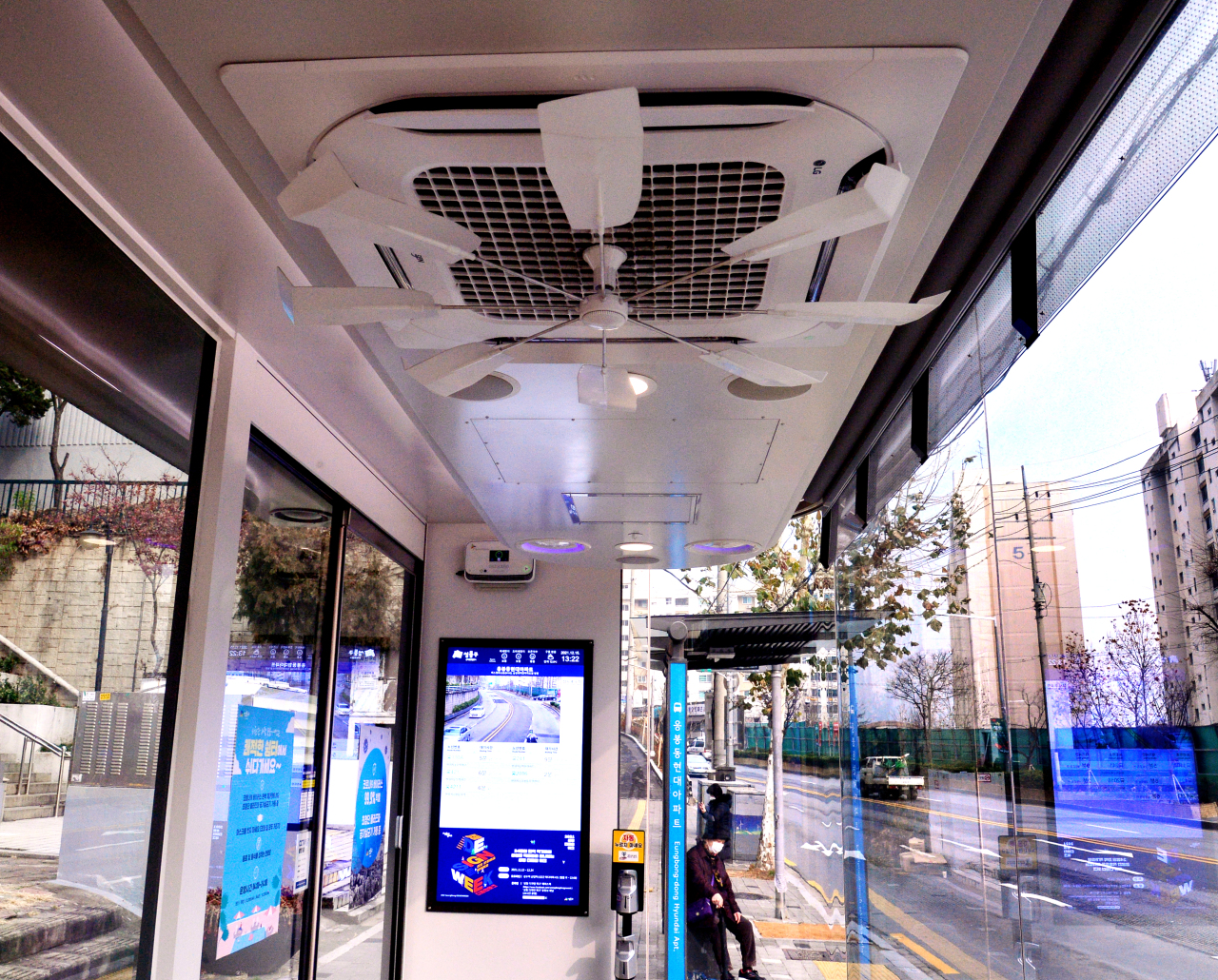 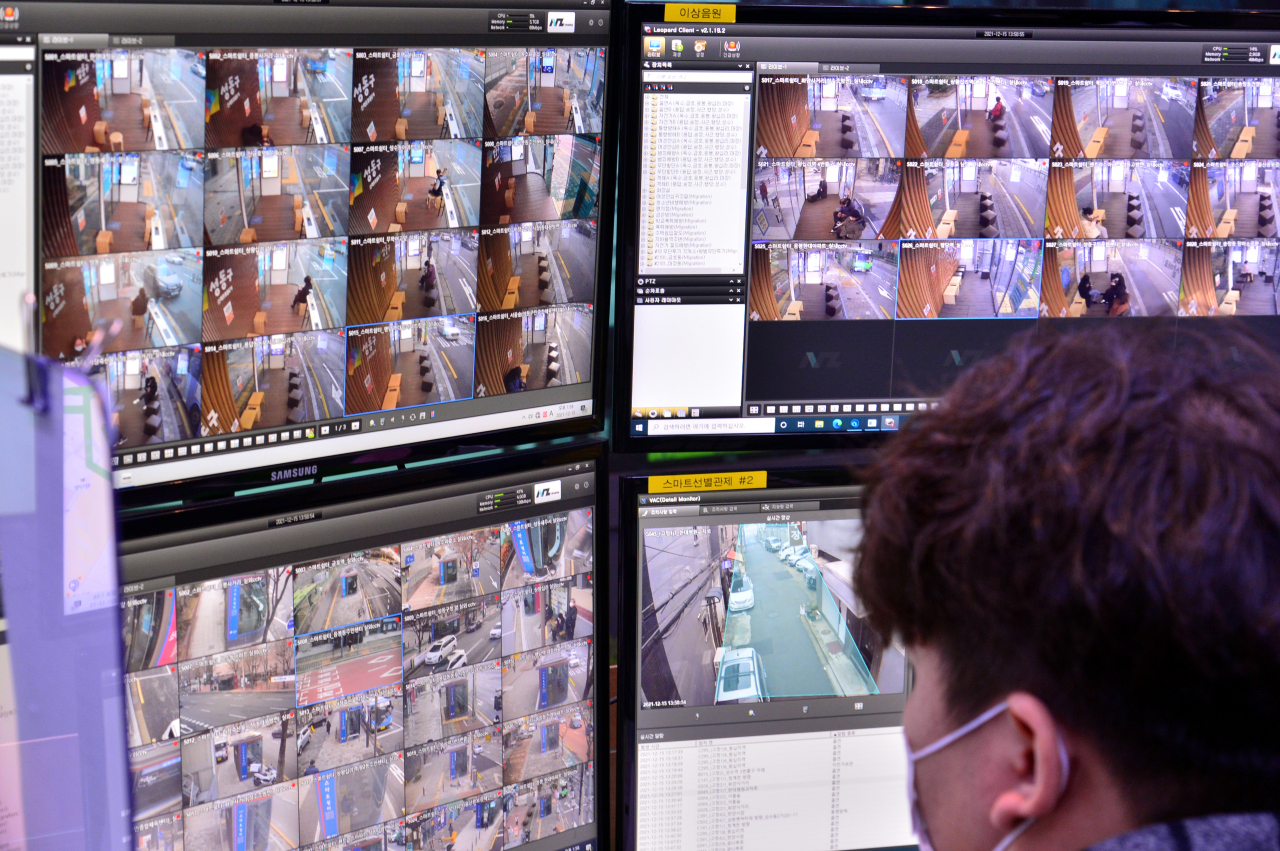 Bus users no longer have to be confused with directions, with touch screens providing them with information on each bus entering the station and their routes. 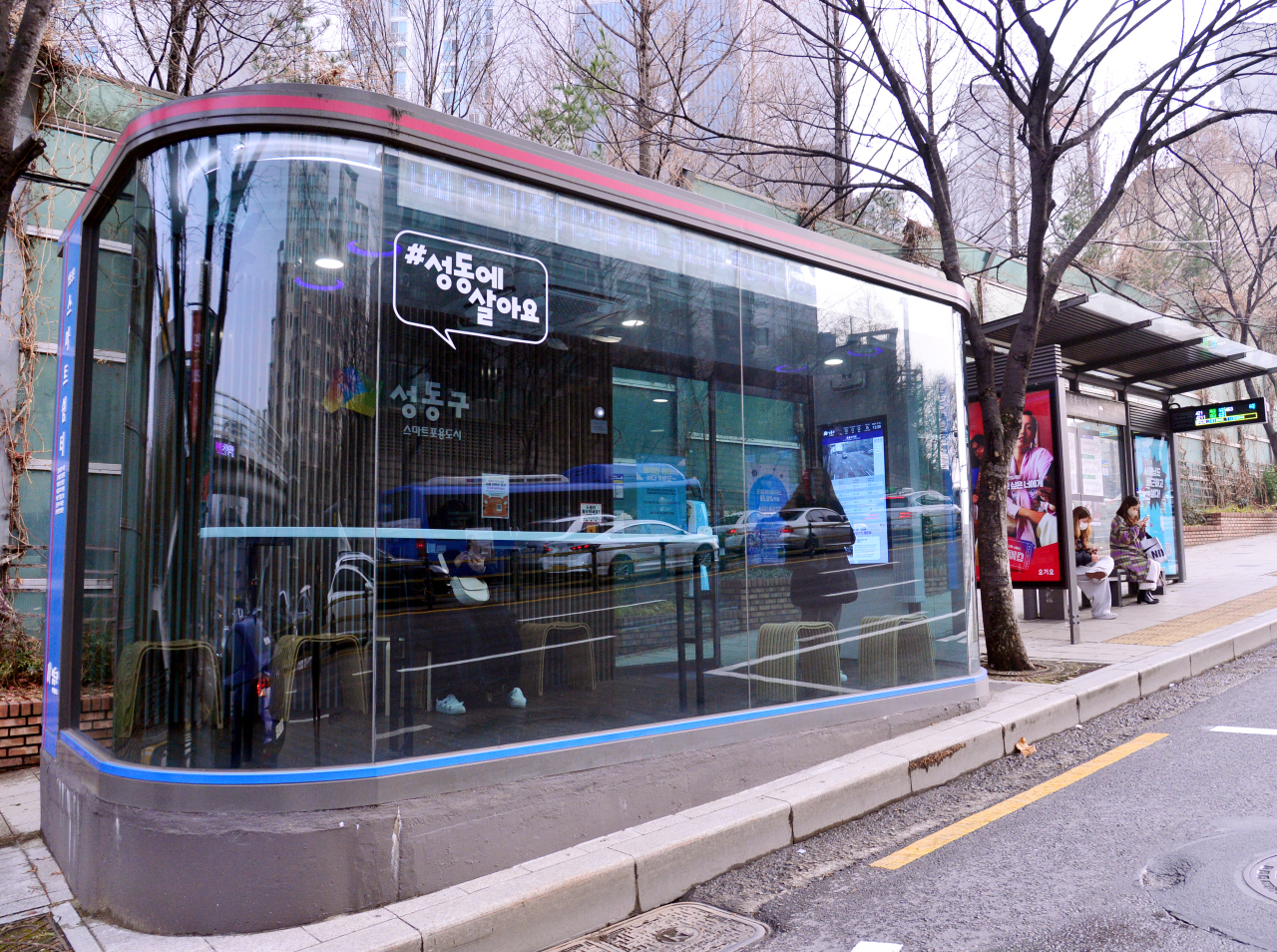 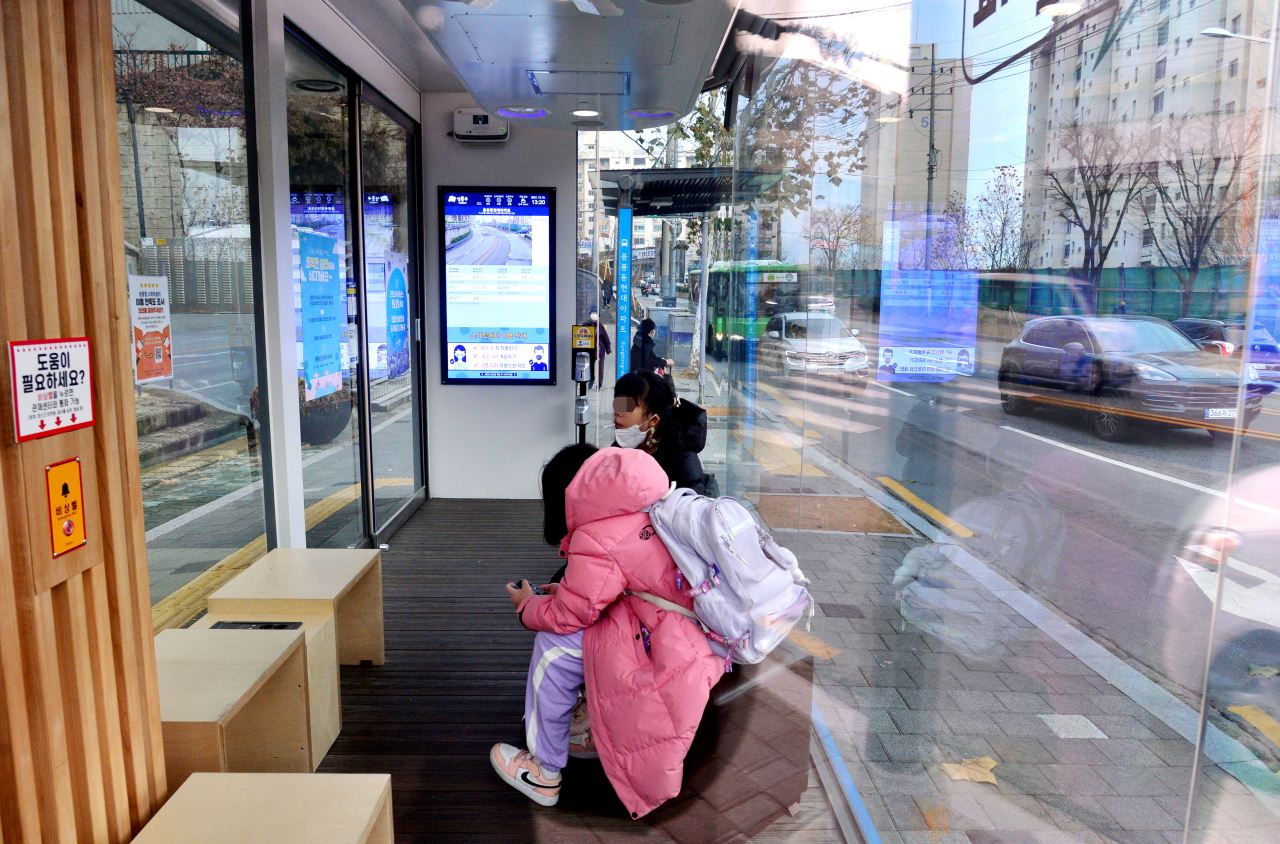 Surveillance video cameras are installed at the smart stations, allowing control rooms to receive round-the-clock footage of the locations. An emergency call bell within the station helps bolster the security of the passengers. The city currently has eight “smart shelters.” 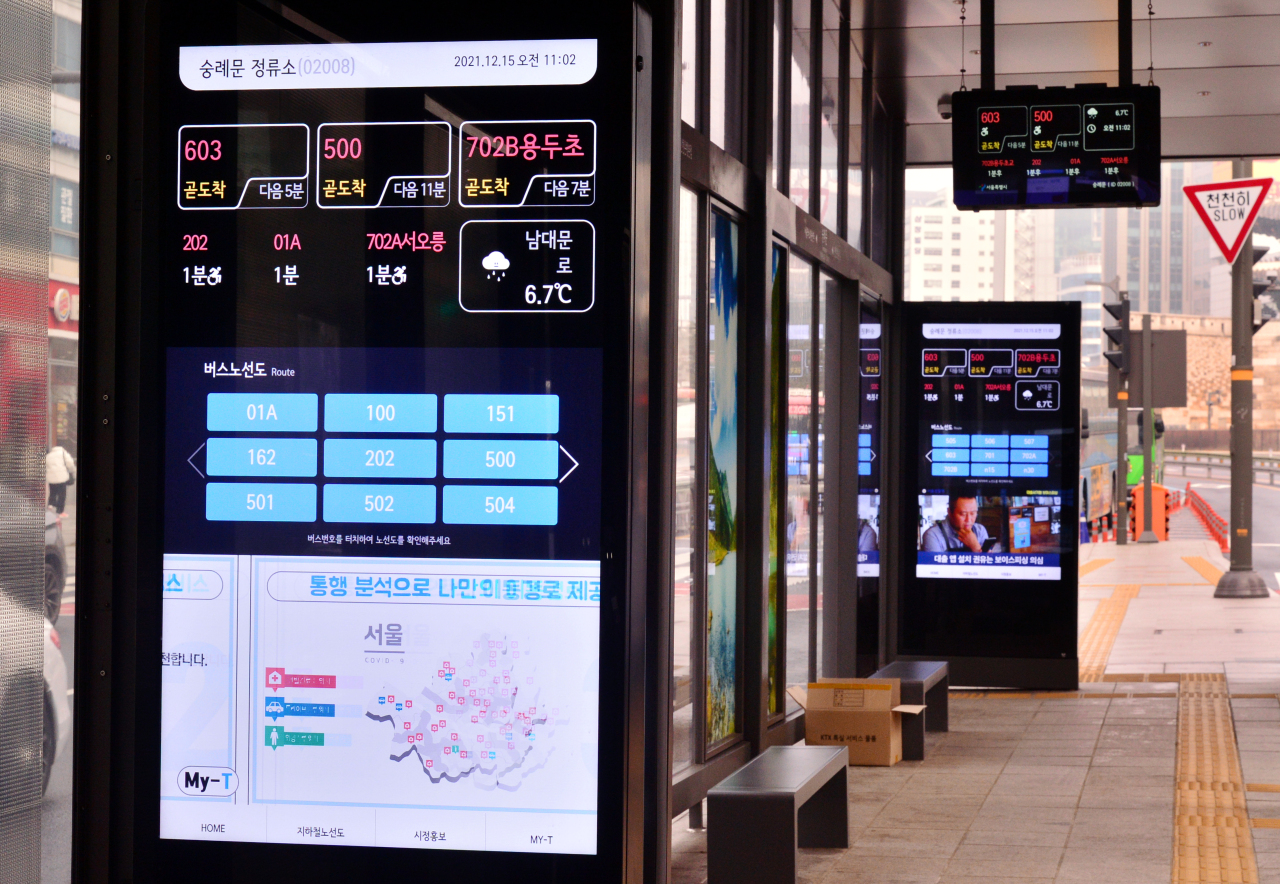 Seoul is not the only city that has started to digitally transform bus stops to provide convenience to commuters. The Boulevard Diderot bus stop in Paris is equipped with heaters, music, cell phone charging and internet access.