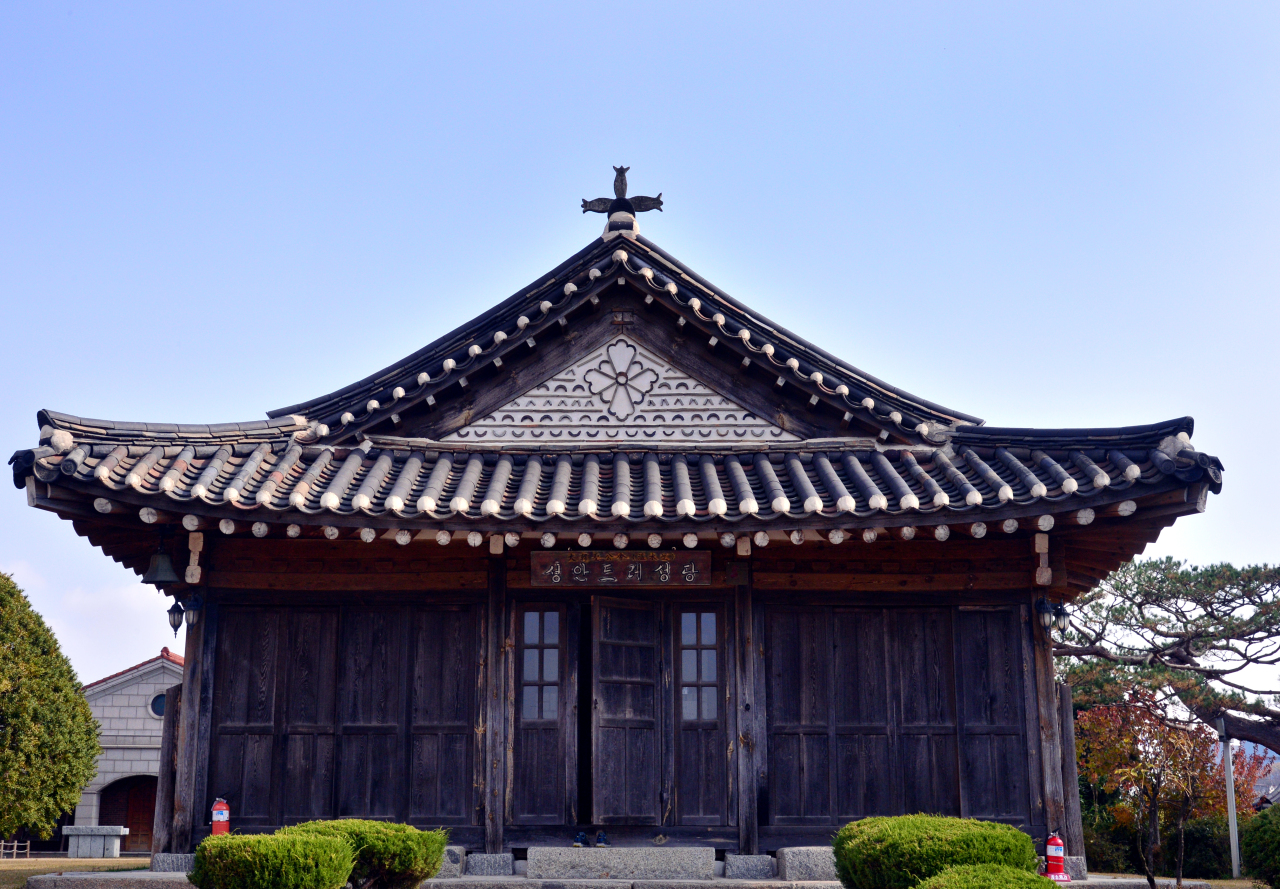 St. Andrew’s Anglican Church sits in a small town of Onsu, Ganghwado, one of the around 150 islands and islets in the Incheon archipelago. 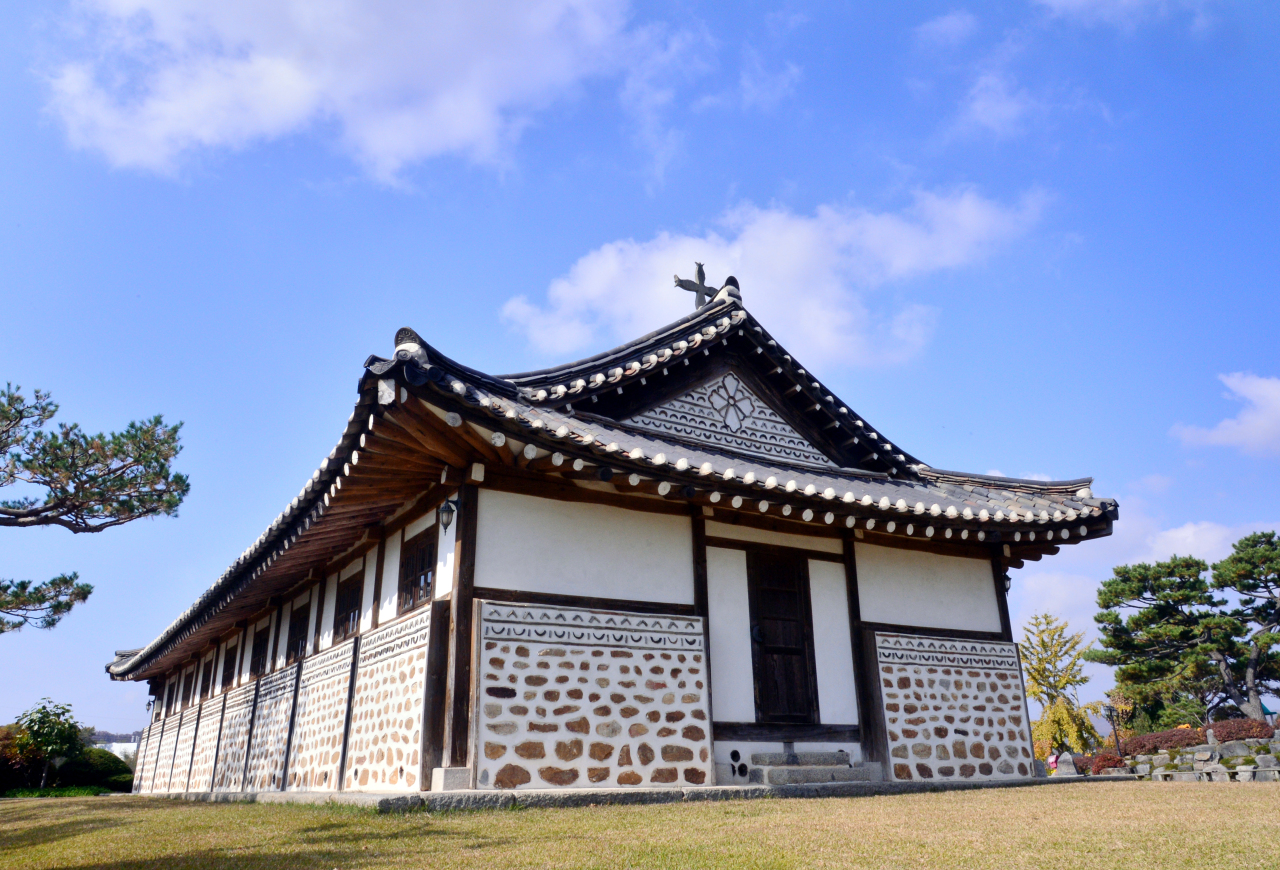 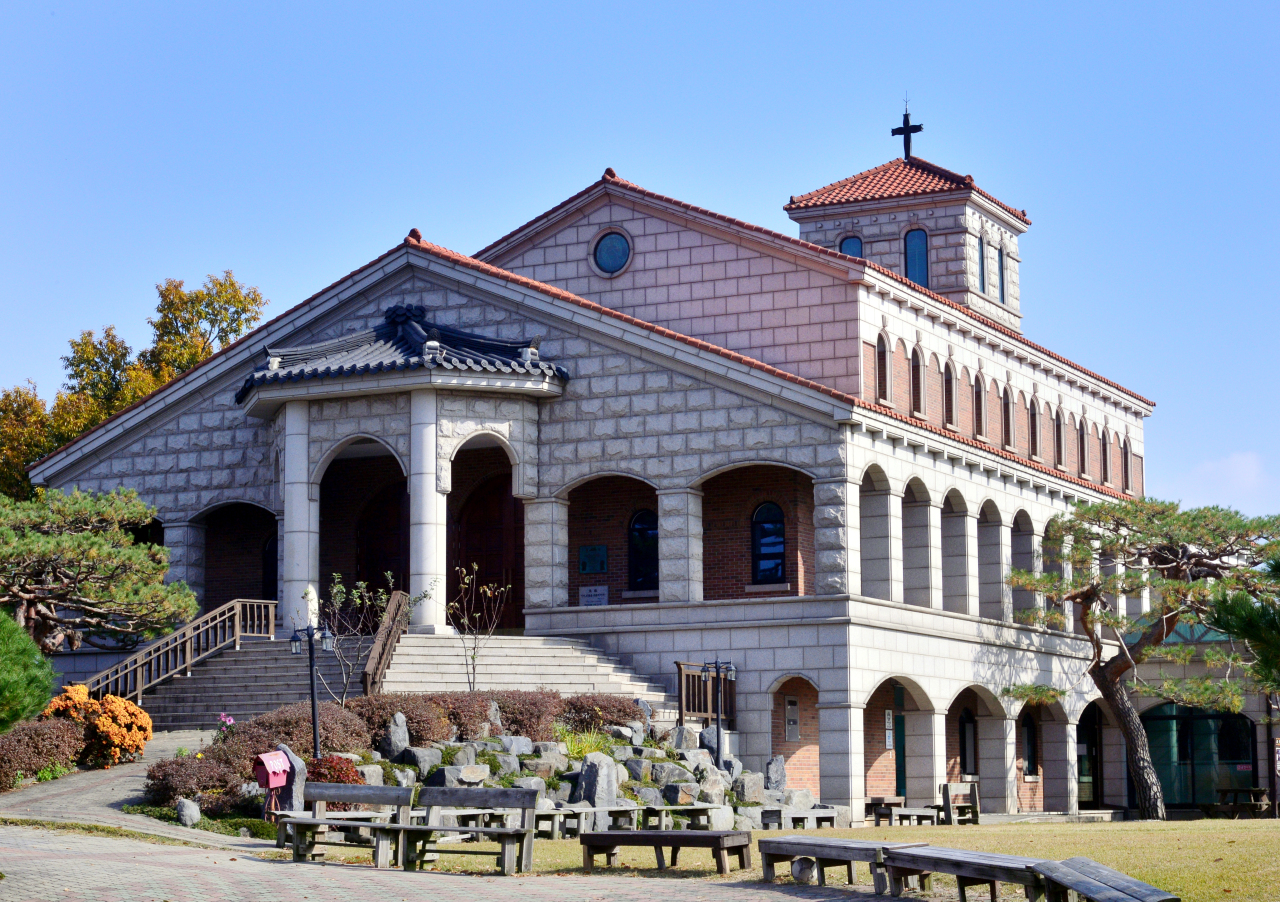 The church was built by British missionary Mark N. Trollope, who came to Ganghwado in 1896 and later went on to become the third Anglican bishop in Korea from 1911 until his death. 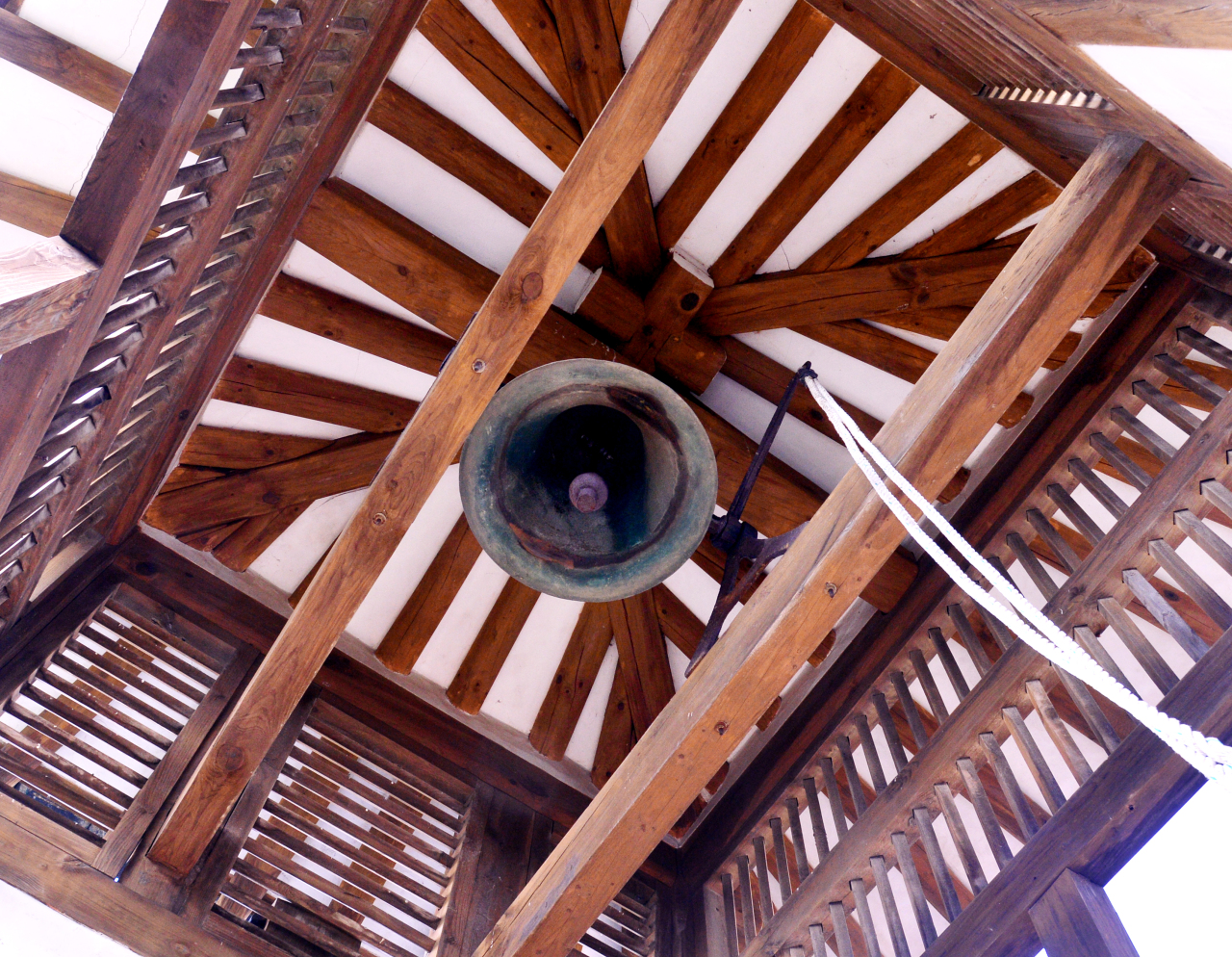 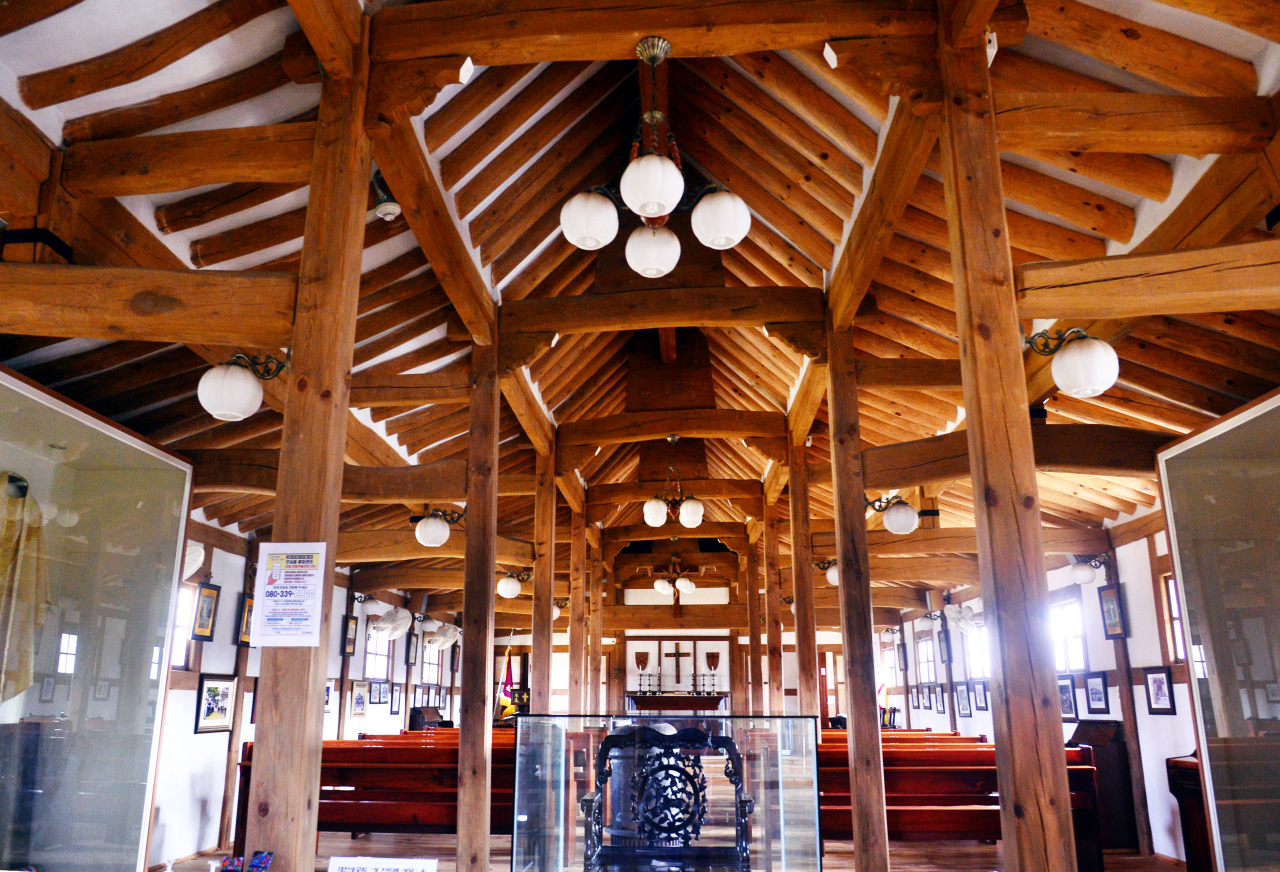 Designed and completed during the early years of the imperial reign of Gojong -- the last king of the Joseon era who assumed the title of emperor in 1897 -- the church’s architecture is “a cross of Korean and Western styles,” according to Incheon’s official introduction. 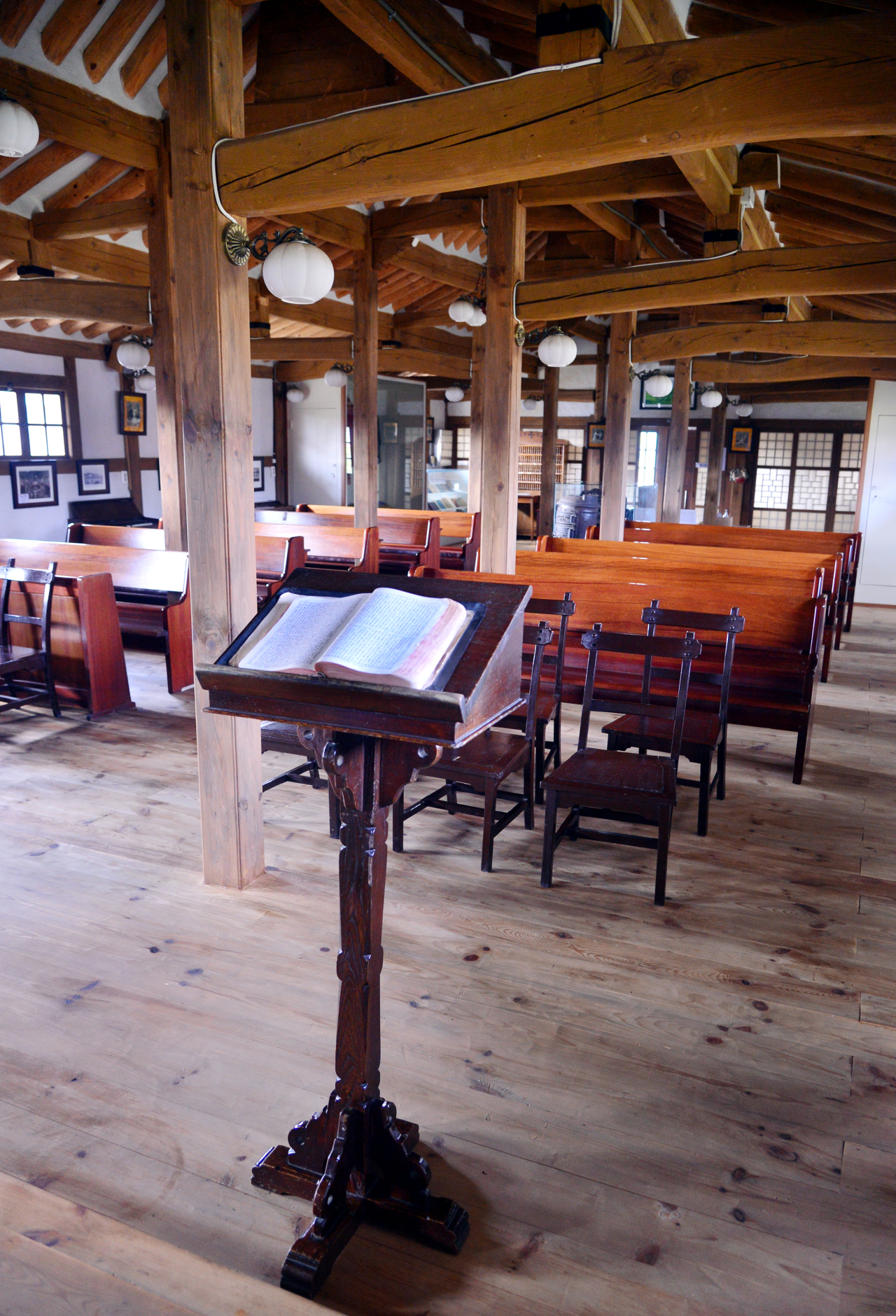 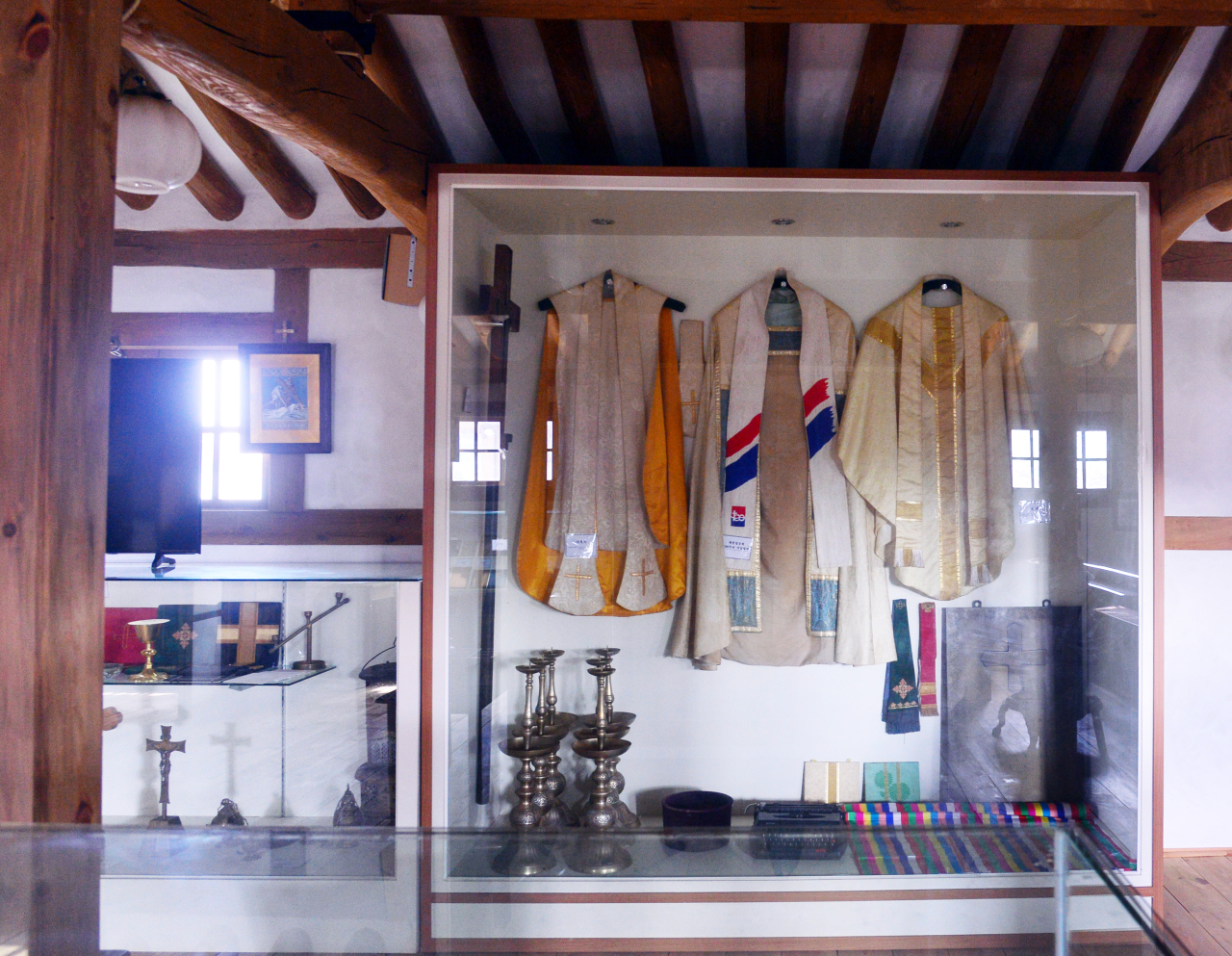 The main chapel consists of wooden walls and a tiled gambrel roof, on the ridges of which stand square crosses. Inside, a series of slender pillars line each side of the nave separating two aisles of seats. 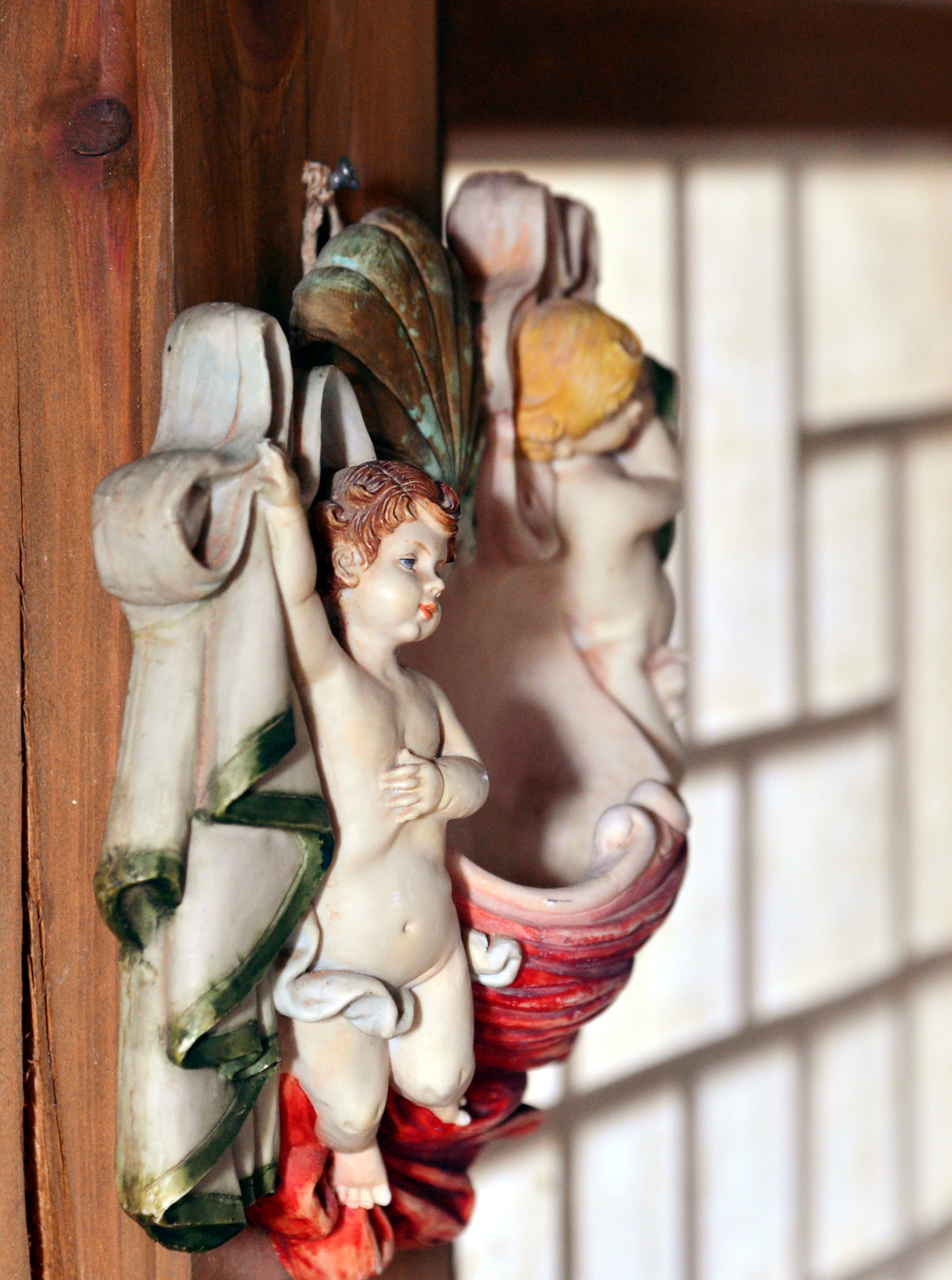 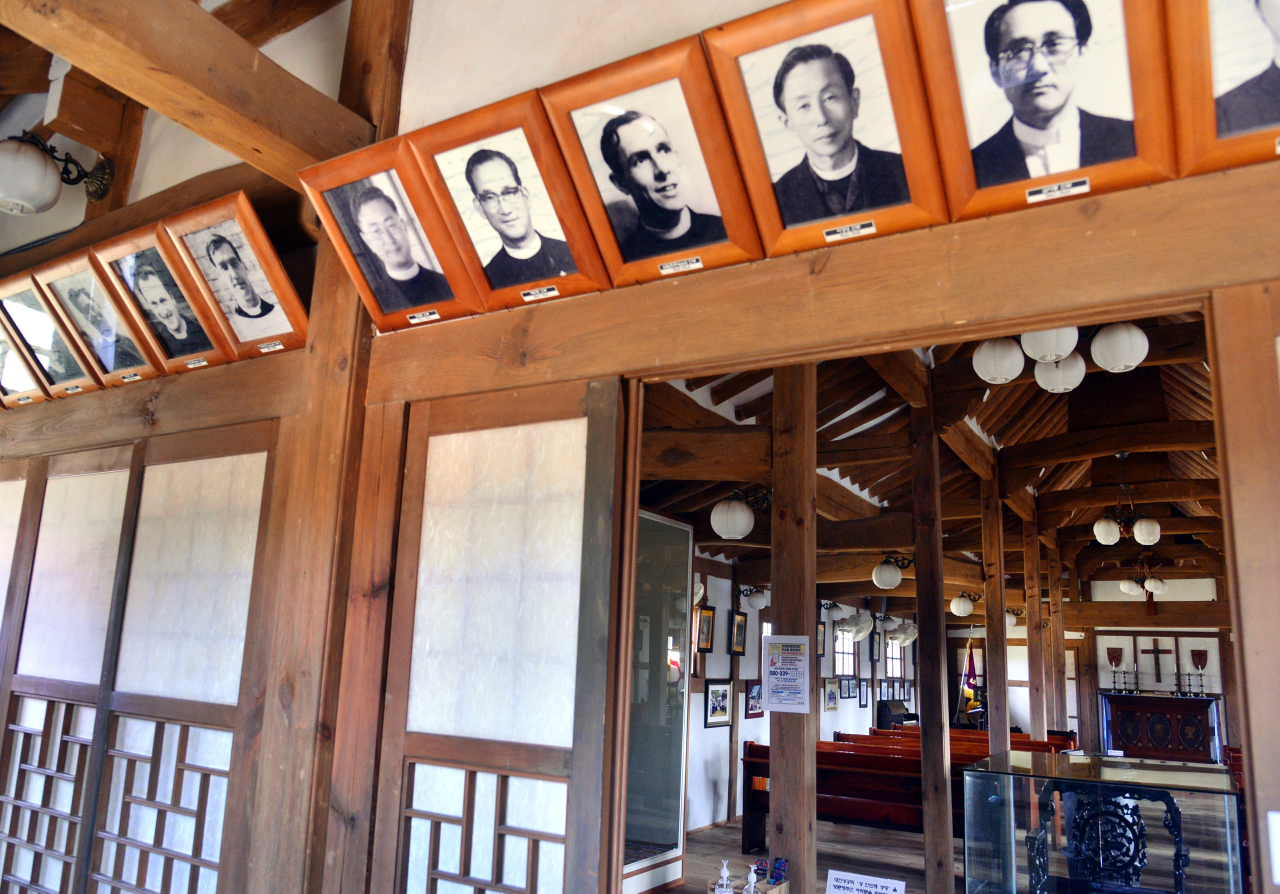 Incheon designated the church’s main chapel and two-story bell tower as among the city’s heritage buildings in October 2003. 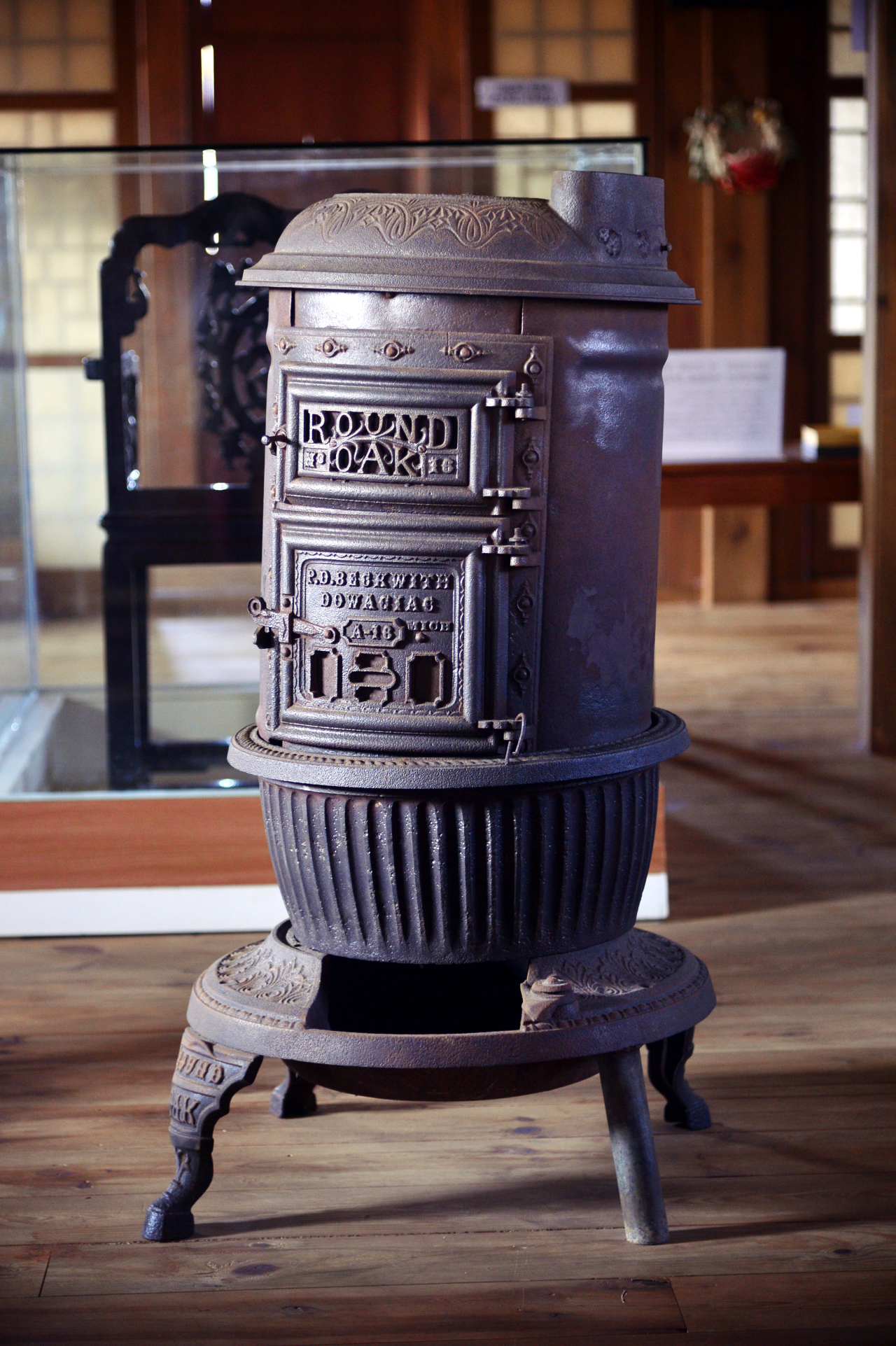 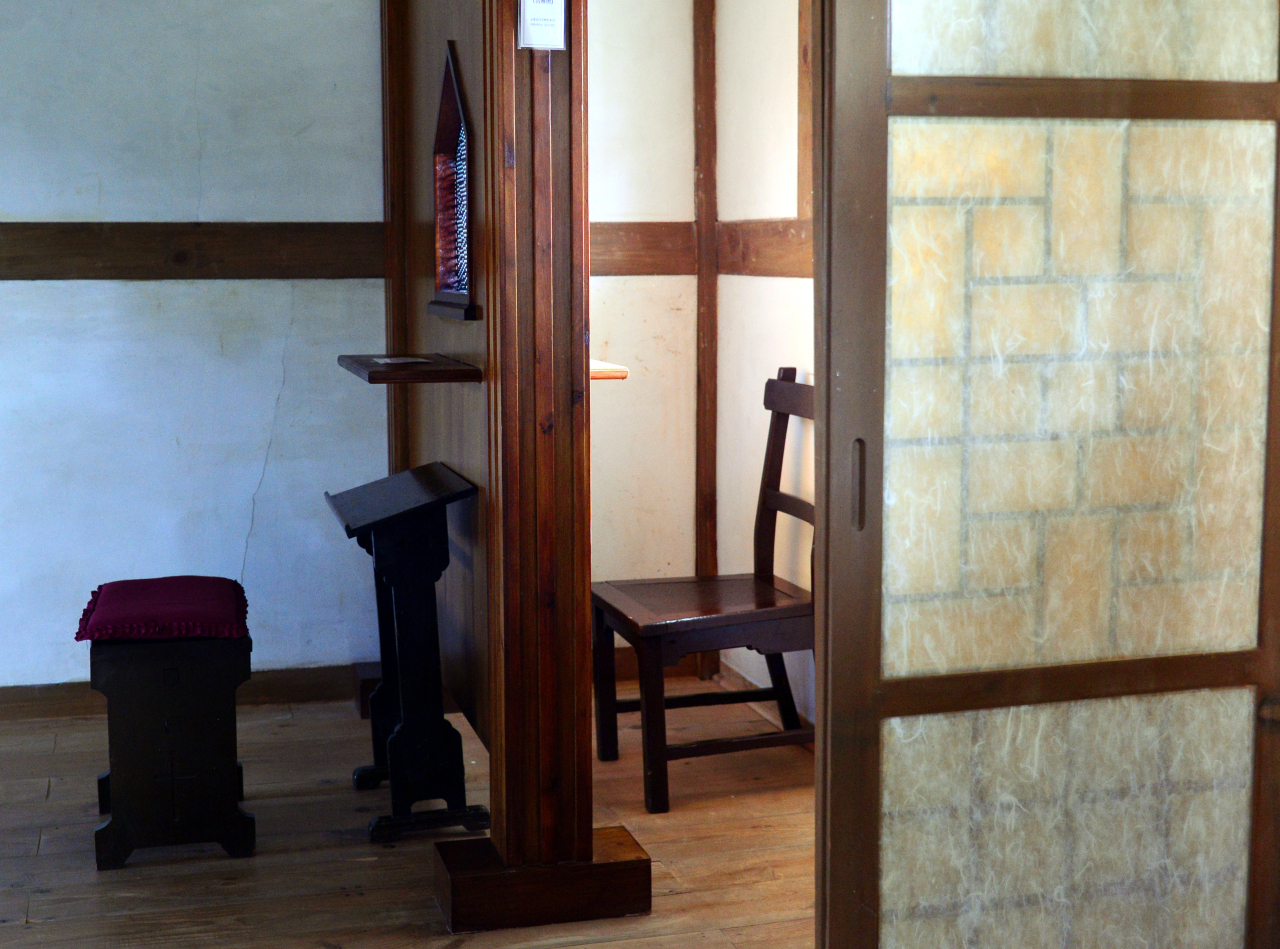 The Anglican Church landed in Korea in November 1889, when Charles John Corfe was ordained at the Westminster Abbey as the first Anglican bishop of Joseon.