[Eye Plus] A walk on Jaraseom with flowers during day, lights at night 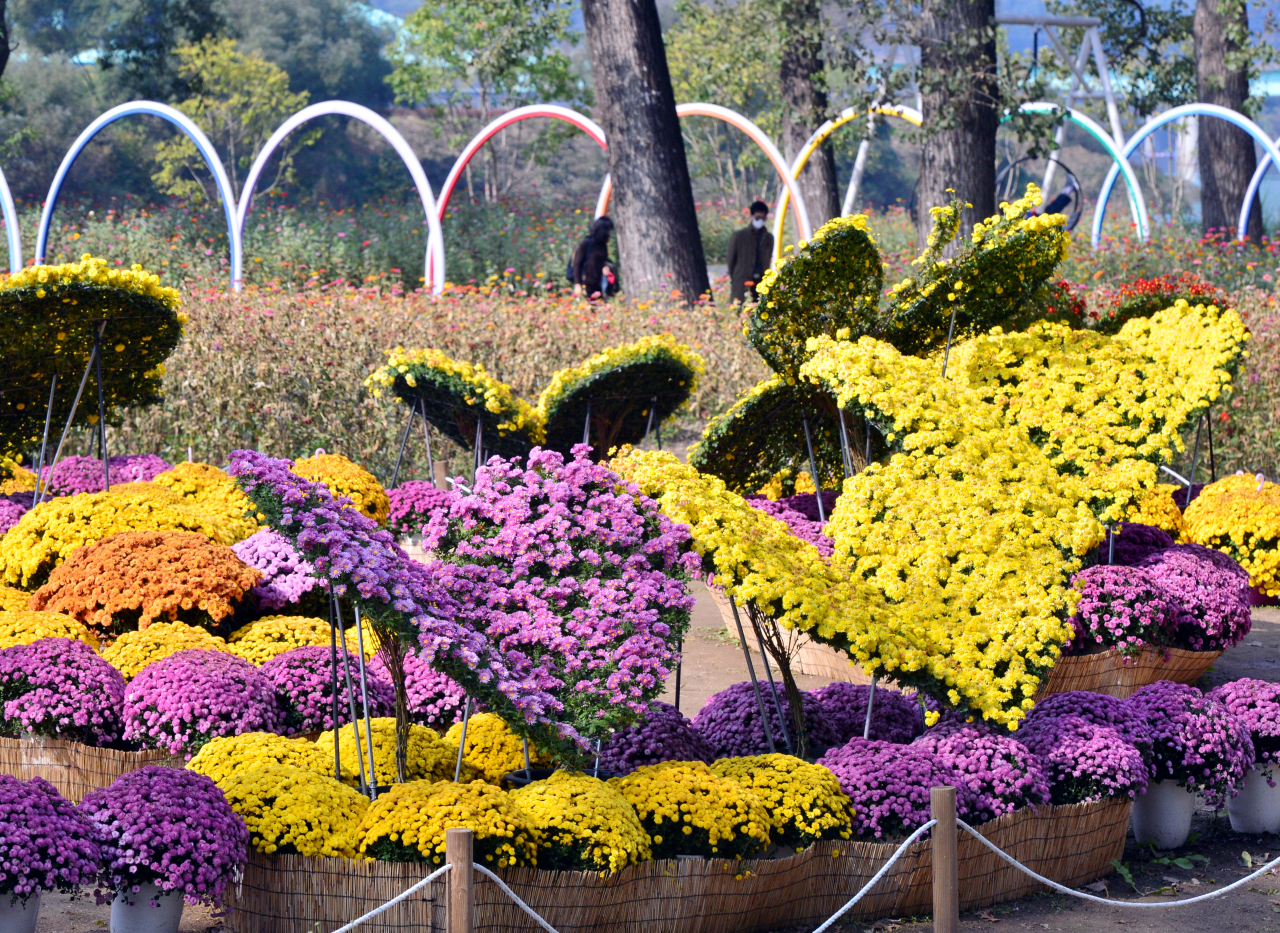 Jaraseom is a well-known place for music lovers, drawing more than 100,000 visitors every October for its annual Jazz Festival. 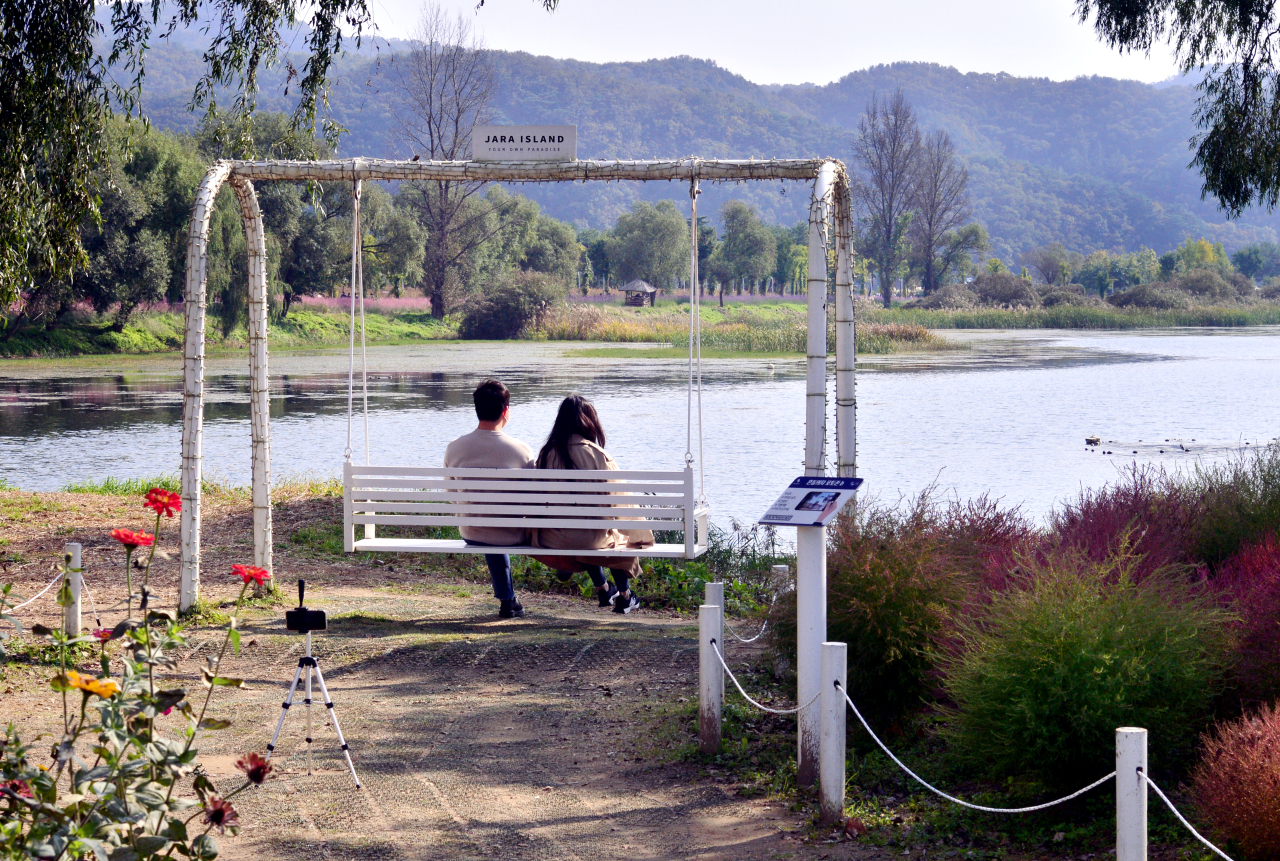 But Jaraseom, which consists of four islands, has recently become a beautiful park for visitors to enjoy various flowers from spring to autumn. 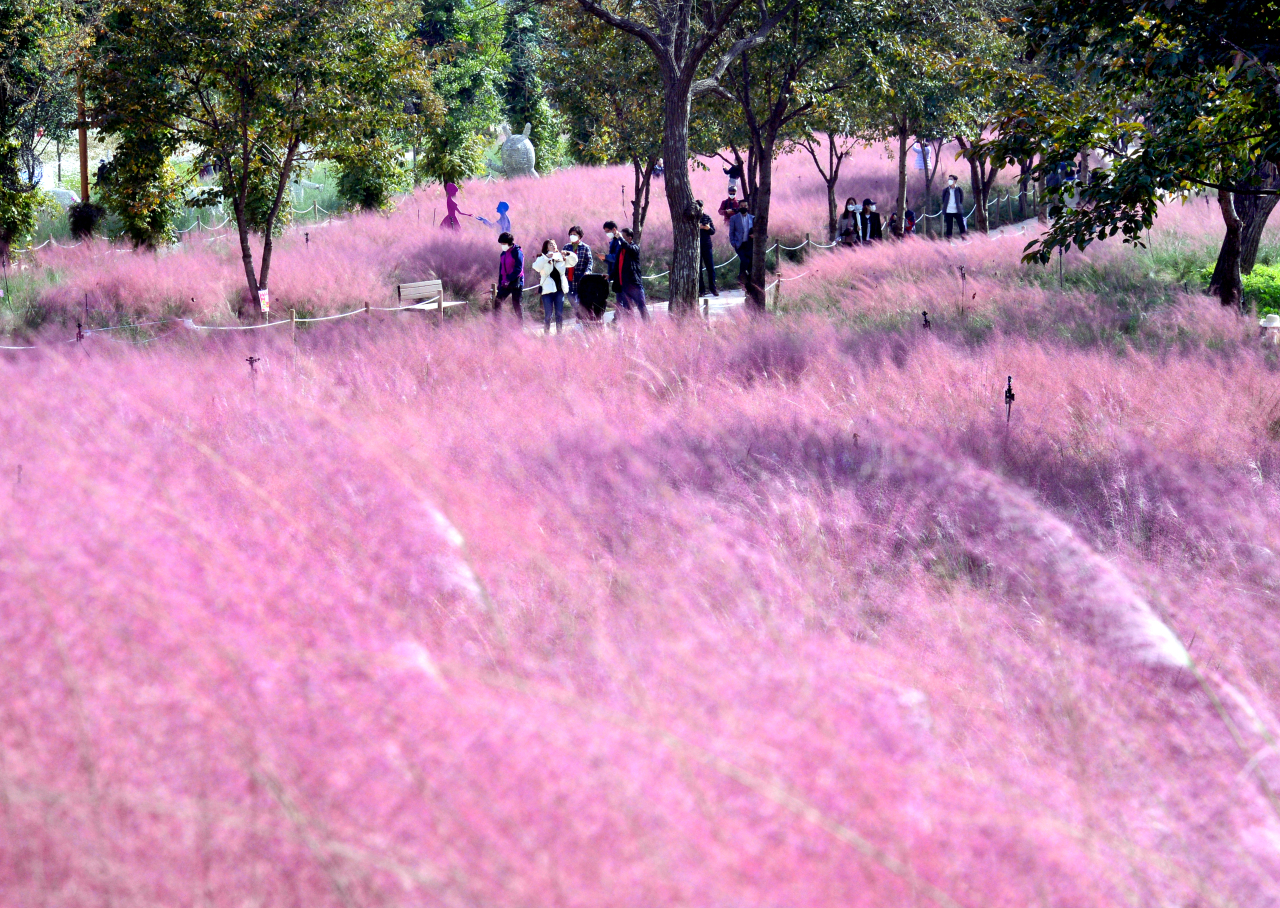 Since 2019, Gapyeong County has transformed Jaraseom into a “flower island” by establishing flower fields, landscape lighting installations and tourist facilities on 100,000 square meters of the southern island, or Namdo. 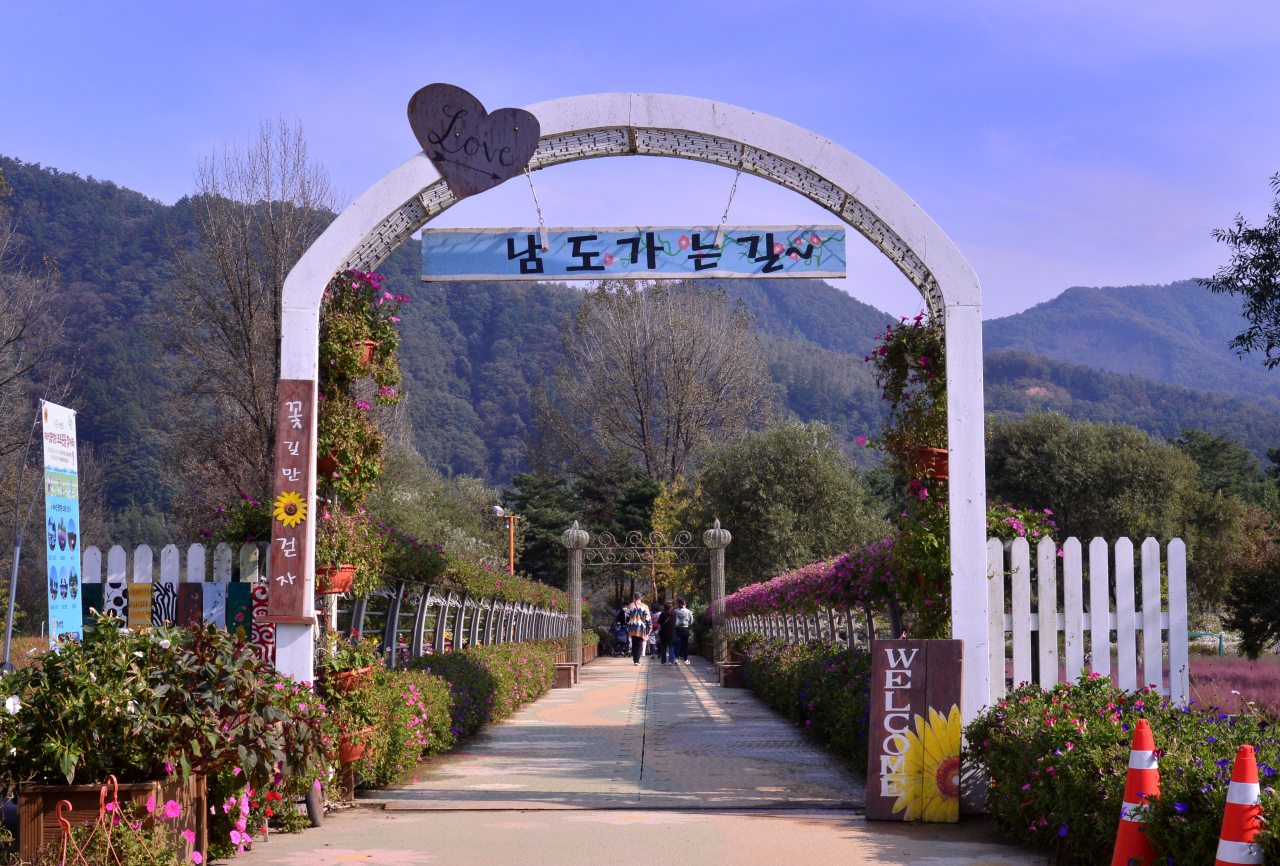 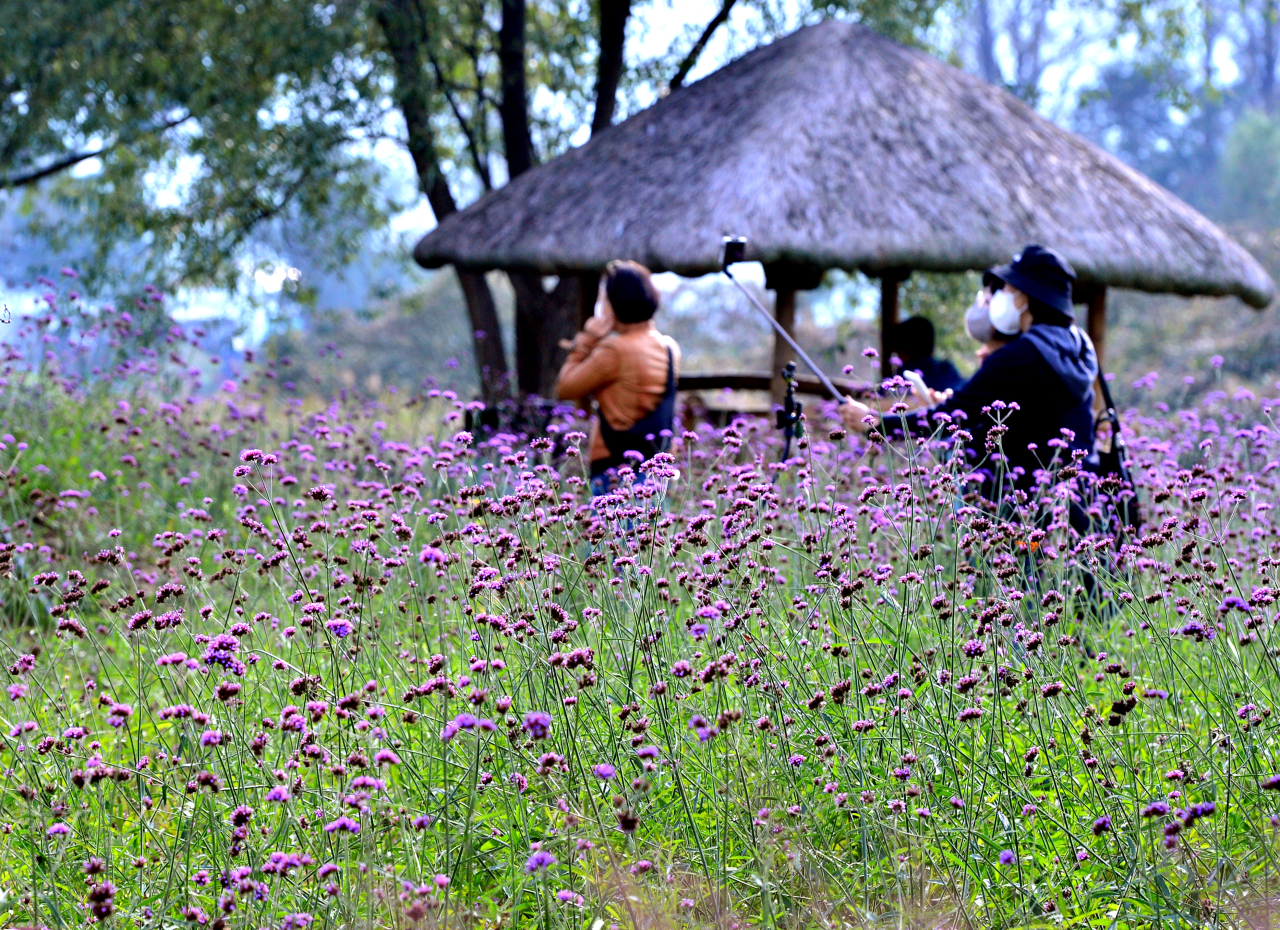 Jaraseom in Gapyeong, Gyeonggi Province, has an area of 614,000 square meters, 1.5 times that of the nearby Namiseom. It was created on Bukhan River in 1943 when Cheongpyeong Dam was built.

Except for the eastern island, Dongdo, all are connected by bridges and can be crossed on foot. The two other islands are Seodo, the western island, and Jungdo, the middle island. 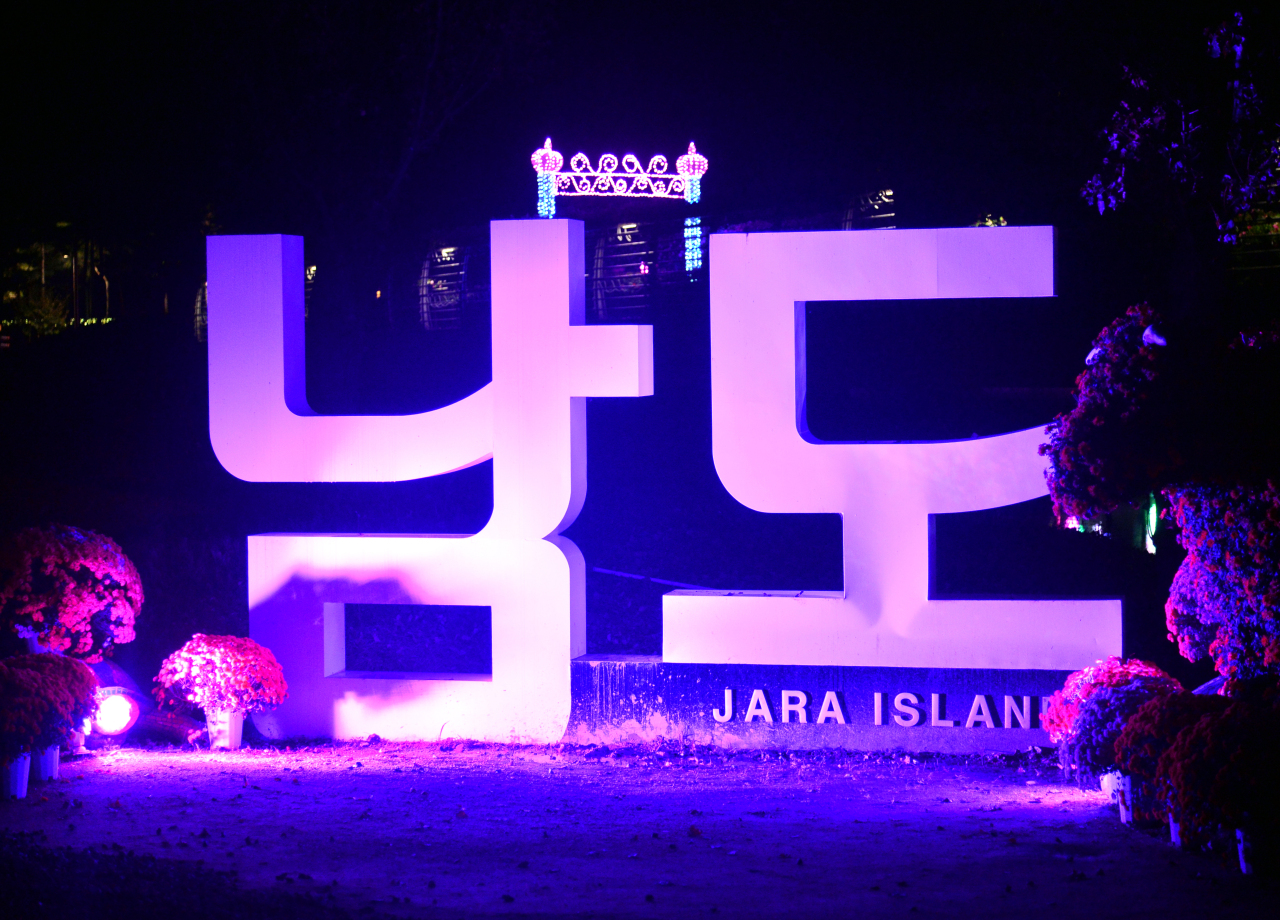 From sunset to 11 p.m., visitors can also enjoy the dazzling light displays and installations decorating the island. 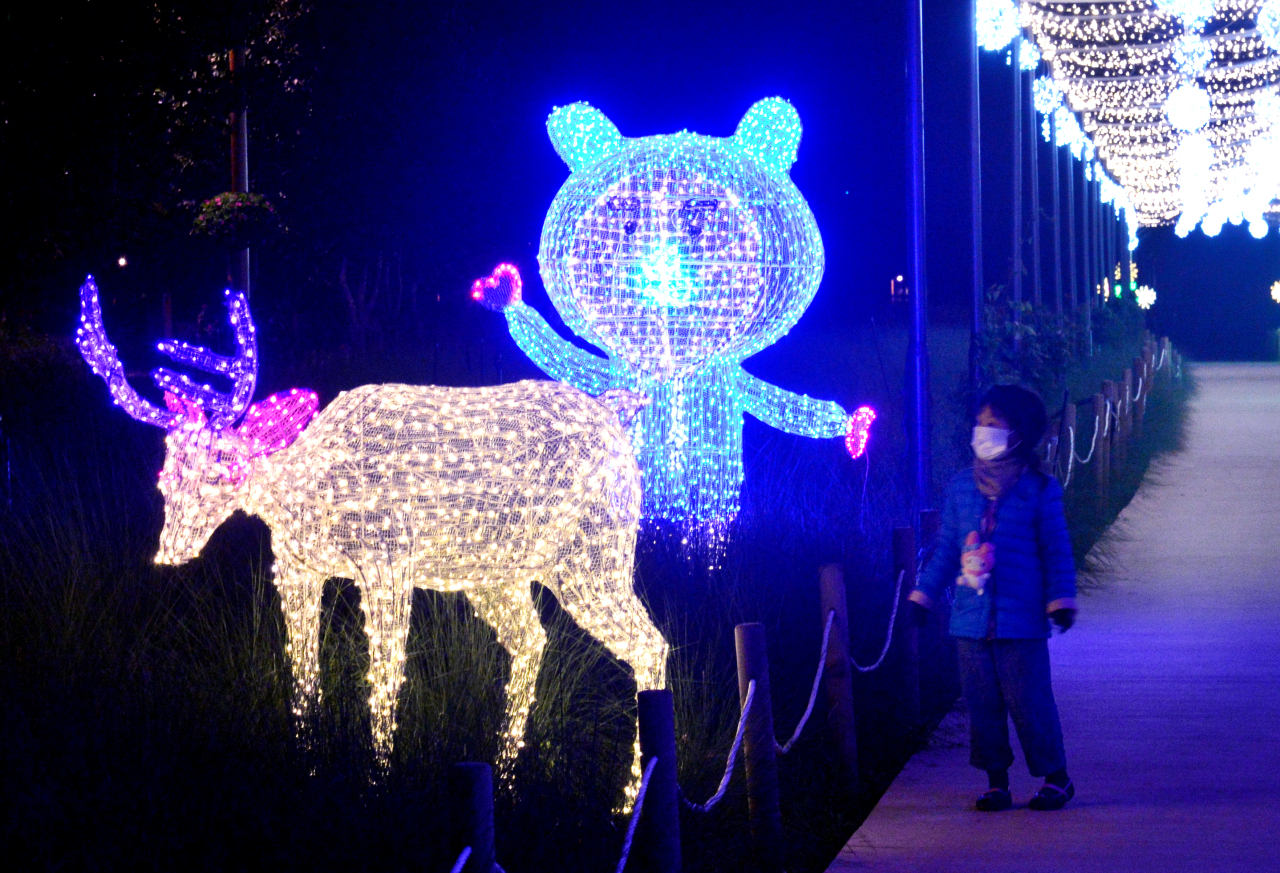 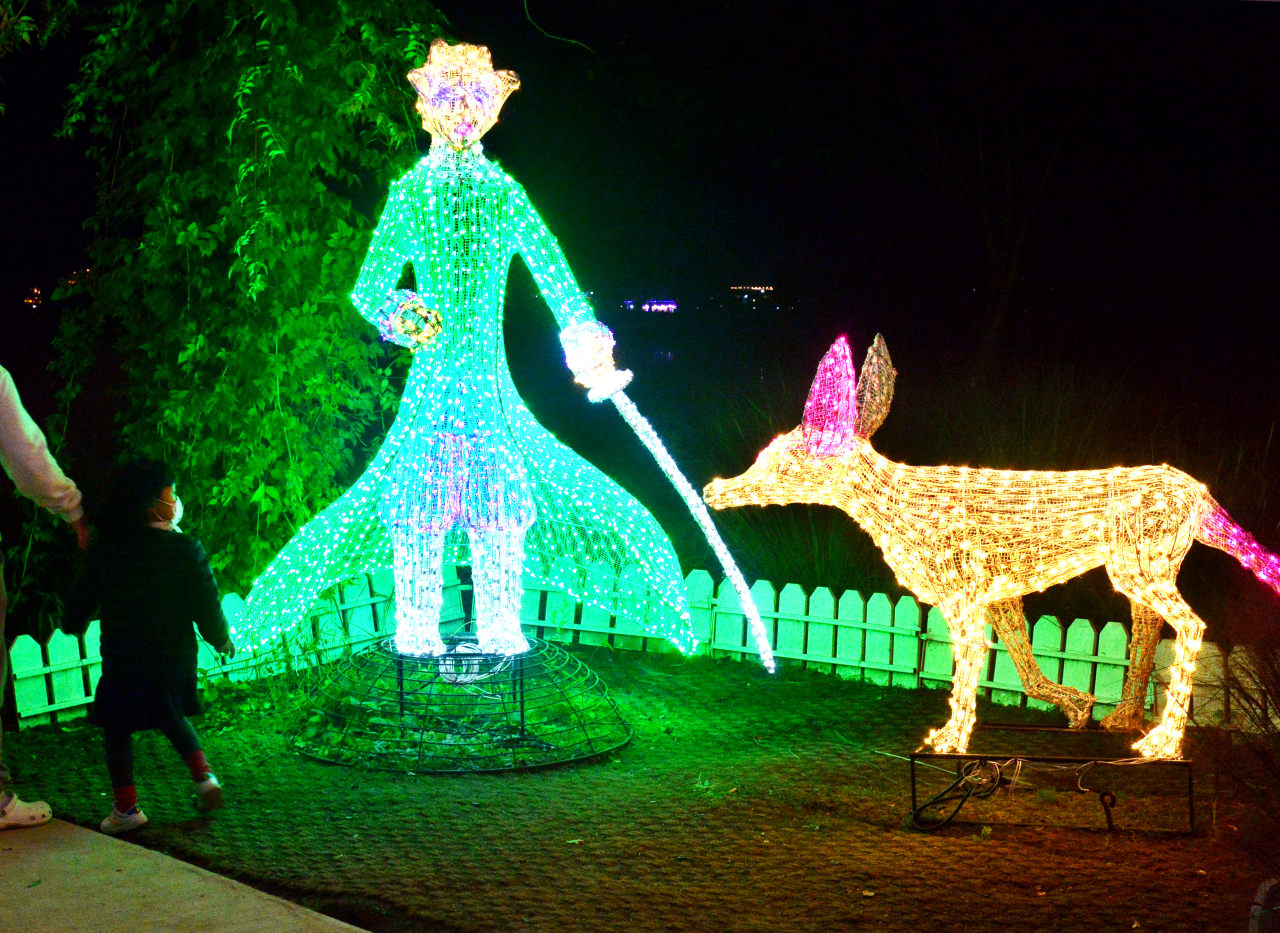 Within the flower garden on Namdo also lies the Australian Garden of Friendship. 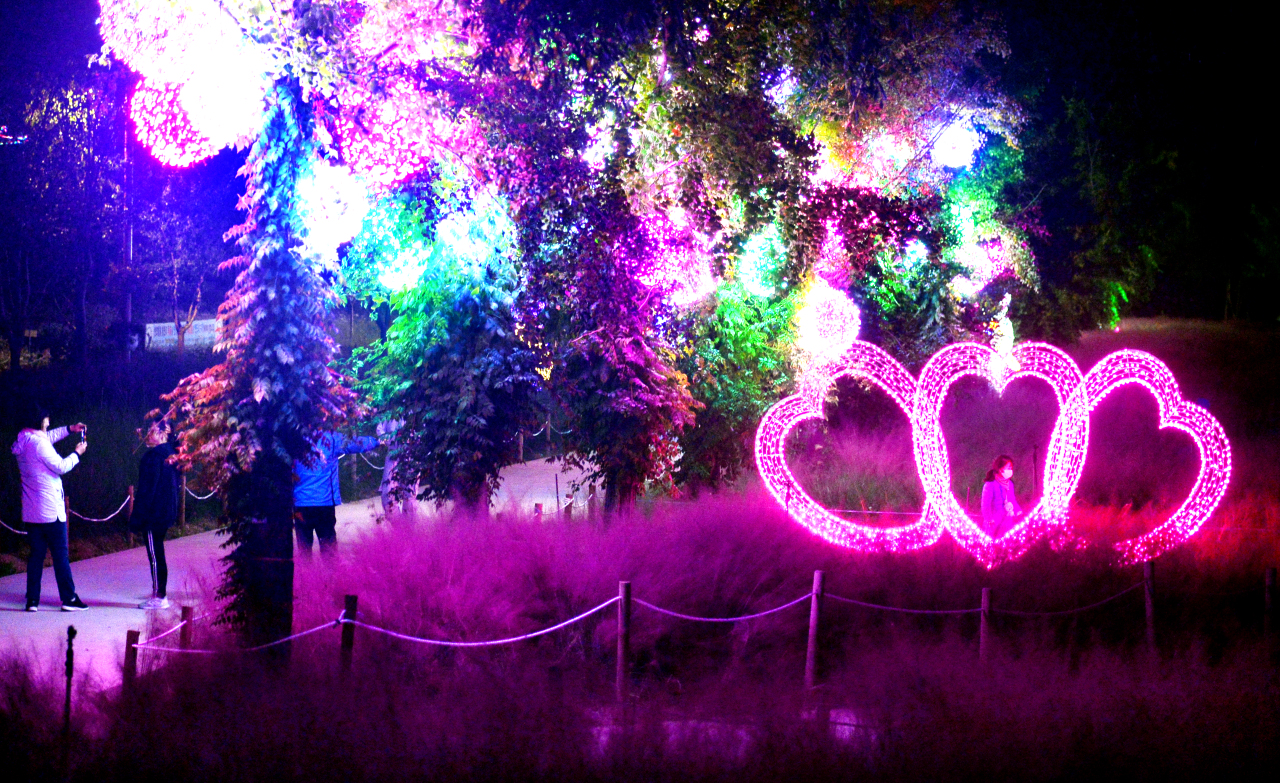 This year, the Australian Garden of Friendship was created to commemorate the Australian veterans who participated in the Battle of Gapyeong during the Korean War.

The Australian garden, which spans about 1,000 square meters, features flowers such as pansies and lupines, kangaroo and koala topiaries and an “I heart Australia” sculpture. 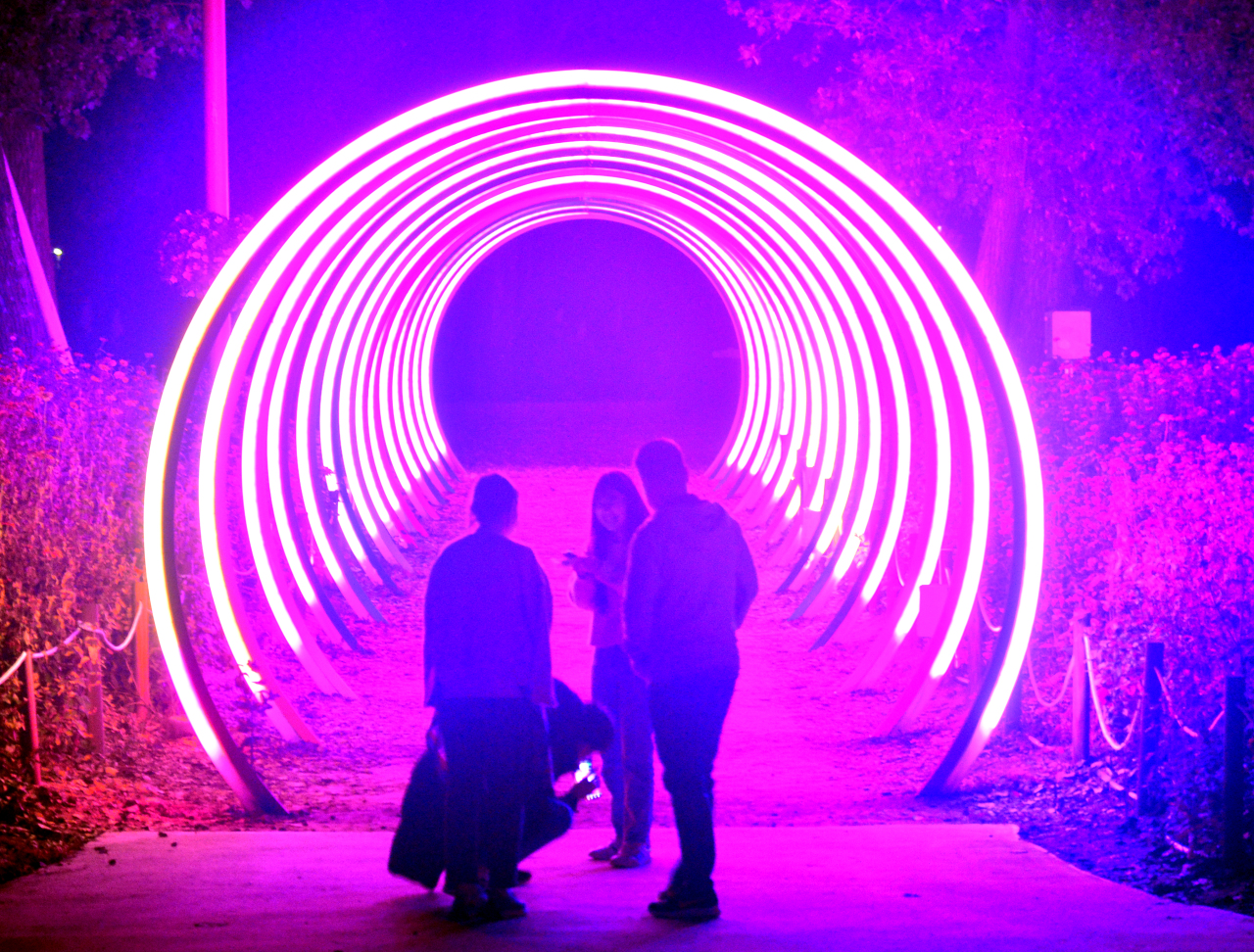