Sangpuy Receives Album of the Year

TAIPEI, Aug. 27, 2021 /PRNewswire/ -- "The 32nd Golden Melody Awards Ceremony", broadcasted by Taiwan Television Enterprise Ltd., came to a successful conclusion on August 21st. Soft Lipa won the Best Male Singer (Mandarin) award and Hebe Tien won the Best Female Singer (Mandarin) award. "Gain Strength" by Sangpuy won the Album of the Year this year. This is the second consecutive year that the Album of the Year has been awarded to an album by an indigenous musician. Last year, ABAO won Album of the Year for "Mother's Tongue". Celebrities gathered at the ceremony and made it brilliant. The average ratings in Taiwan were 4.22 with a total of 3,294,000 viewers. The Ceremony also garnered 3.24 million views on GMA YouTube, another great result. 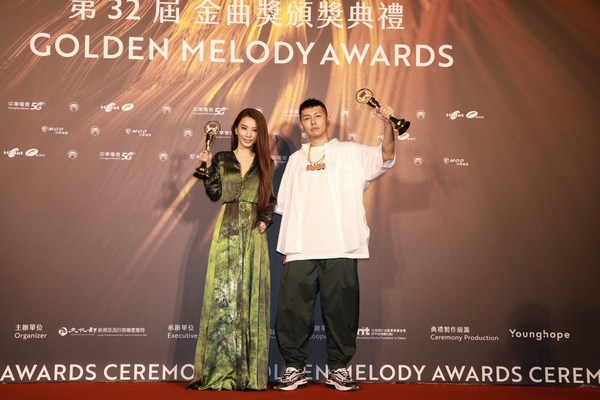 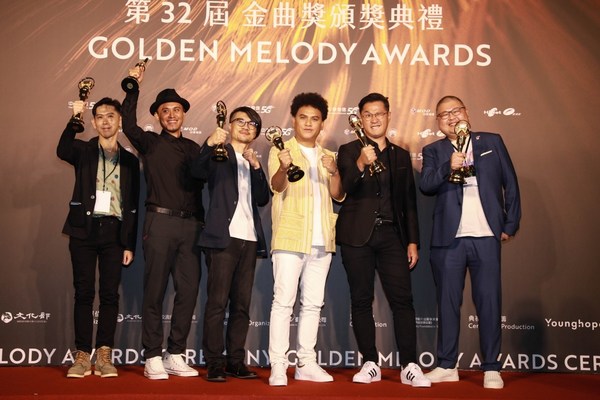 Soft Lipa won the Best Male Singer (Mandarin) award this year. The jury considered Soft Lipa's music to be a new imagination on tempo and lyrics, bringing Chinese-language music into the era of great hip-hop. In 2014, Soft Lipa was shortlisted for the Best Male Singer (Mandarin) at the Golden Melody Awards for the first time with his album, "Secrets of Tu Cheng Hsi: Renovate". After seven years of unremitting creation, he has finally been crowned Best Male Singer at the Golden Melody Awards. When receiving the award, Soft Lipa first thanked his family, friends, and partners at KAO!INC. for their continued support. In the end, he raised the trophy and dedicated this honor to Taiwan hip hop.

In the 20 years since Hebe Tien's debut, her music has been popular in Chinese-speaking regions. In 2000, the girl group "SHE", formed with Hebe, Selina, and Ella, released their first album "Girl's Dorm" to overwhelming response. In 2010, Hebe Tien started her solo career and created the music album - "To Hebe", which won the 22nd Golden Melody Awards for Best Mandarin Album. The following year, Hebe Tien again won the Best Mandarin Album and Female Singer at the 23rd Golden Melody Awards with her album "My Love". When receiving the award, Hebe described herself as one that will climb one hundred mountains and shared her lifelong passion for singing. She went on to thank all her family members, friends, and fans who have supported her along the way, allowing her to join SHE and perform on the GMA stage.

"Mother's Tongue" by ABAO won the Album of the Year award last year and "Gain Strength" by Sangpuy won the same award this year, showing the energy and diversity of music in Taiwan. When Sangpuy was on the stage, he mentioned that "I hope we can be there for and support each other through this pandemic. Taiwan will be better because of us."