Signite Partners, BNH Investment, Shinhan Capital, and MiCo, who just secured the status of major shareholders earlier this year, were the main contributors to the latest Speclipse investment. MiCoBioMed, an affiliate of MiCo, also contributed funds to support Speclipse's growth. 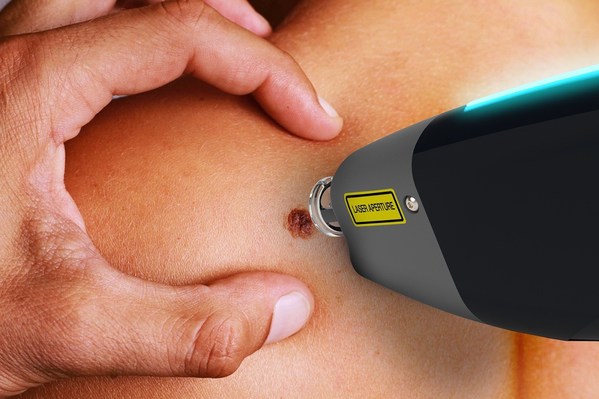 Speclipse, which began as a developer of cancer diagnosis devices, was founded in 2015 by a group of master and doctorate degree holders from Stanford University in the USA. The company's first product, the Spectra-Scope, is a skin cancer diagnosis device that, in 2020, acquired overseas medical device certifications in Australia, Europe, and Brazil. The company is now building a sales network that spans over 20 countries worldwide.

Speclipse's Spectra-Scope uses Laser-induced plasma spectroscopy (LIPS) technology to enable the real-time, non-invasive diagnosis of skin cancer. Since the device has 95% sensitivity and 87% specificity, it can reduce the performance of unnecessary biopsies while increasing patient comfort and convenience.

Speclipse is expanding the application of its laser spectroscopic technique and artificial intelligence technology - originally used for tissue diagnostics - to blood analysis. The company's laser spectroscopic technology overcomes the limitations of existing blood analysis technologies in that it can simultaneously detect small variances in various blood biomarkers. Speclipse also uses Al and deep learning technologies to process and analyze large amounts of blood spectroscopic data, thereby enabling the early diagnosis of gastric cancer and Alzheimer's disease. These technological developments are expected to change the paradigm of the liquid biopsy field in the near future.

000 said, "The Spectra-Scope targets a type of skin cancer that is highly prevalent among Caucasians. In the United States, the skin cancer biopsy market alone is estimated to be worth KRW 12 trillion. When doctors find a suspicious skin lesion, they tend to examine it with a dermascope and then decide whether to perform a biopsy. However, there are cases where the doctor - because of his or her skill level - makes the wrong decision on whether the lesion needs to be biopsied. Speclipse's technology can be used to avoid these incorrect diagnoses." He added, "Expanding Speclipse's laser spectroscopic AI-based diagnostic technology from skin examination to blood analysis will be a game changer in the liquid biopsy market for many different types of cancers in addition to skin cancer, which was previously very difficult to diagnose in its early stages."

Established in 2015, Speclipse (www.speclipse.com) was founded by Sung Hyun Pyun, a graduate of Stanford University and former consultant at Boston Consulting Group. The company is being recognized worldwide for its technological prowess, and it is the only Korean company that was selected as a Top 10 Dermatology Solution Providers by Medtech Outlook, a magazine for US healthcare professionals. Speclipse began with skin cancer diagnostics and is now expanding its business scope to include blood analysis. Several biotech VCs, including SB, are actively supporting the company as shareholders.

Born2Global Centre (www.born2global.com) is a full-cycle service platform for global expansion. Since its inception in 2013, Born2Global has been setting the standard for a successful startup ecosystem as the main Korean government agency under the Ministry of Science and ICT. Born2Global has expanded and transformed startups to be engaged, equipped and connected with the global market.