Masterpieces of Korean modern art on show at MMCA

Works donated by the late Lee Kun-hee contribute significantly to the museum’s own collection, MMCA

Among the 1,488 artworks donated to the MMCA, around 60 percent are Korean modern artworks. Although what constitutes as Korea’s modern art period still remains controversial, the exhibition focuses on modern artists who were born in the 1930s or earlier. Painter Chae Yong-sin (1850-1941), born during the late Joseon period, is the oldest artist in the exhibition.

“The exhibition presents the best of the many masterpieces among the artworks donated by Lee and his family. Korea’s 20th century was a time of colonization, division (of the country) and shift to the digital era. The selected artworks at the exhibition show how artists in the turbulent era perceived the world and created art with their own characteristics,” museum head Youn Bum-mo said during a press tour of the exhibition. 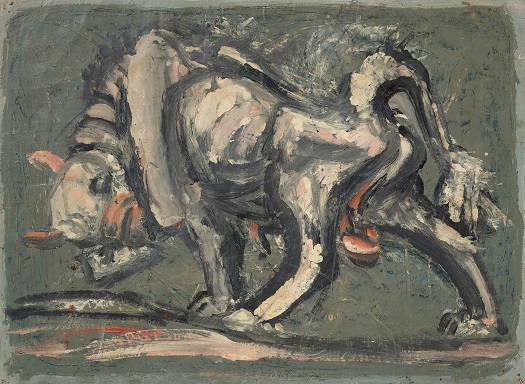 "White Bull” by Lee Jung-seop (MMCA)
The participating artists include three key Korean modern artists -- Kim Whan-ki, Park Soo-keun and Lee Jung-seop. The works by these artists that were donated have become so expensive in the market that the museum could not afford to purchase them with its annual budget, according to the museum.

“Lee Jung-seop’s ‘Bull’ and Kim Whan-ki’s ‘Eco 19-II-73 #307’ are significant in Korean art history, but they are also quite beneficial for the museum financially,” said Park Mi-hwa, curator of the exhibition. “Kim Whan-ki’s ‘Eco 19-II-73 #307’ was made in 1973 and that year Kim started his signature ‘dot paintings.’ The donated work is valuable in that the work is Kim’s early dot painting.”

Kim Whan-ki’s large-scale painting, “Women and Jars” is one of the highlights of the exhibition, encompassing objects of Korea’s traditional beauty, including blue-and-white moon jars that are known to have been the artist’s favorite objects. The painting measures 283 centimeters high by 567 centimeters wide.

“I have never seen such a large-scale artwork by Kim. The painting’s composition also represents Korean sentiments well,” Park said. 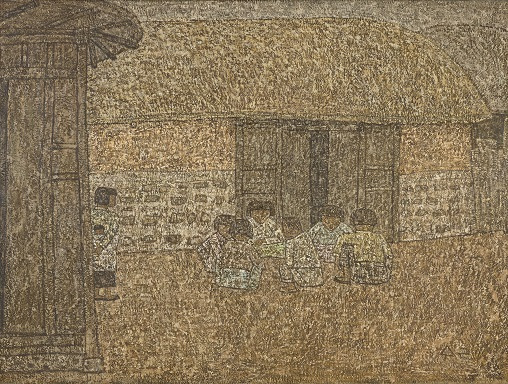 The exhibition consists of three themes: “Adoption and Transformation,” “Shows of Individuality,” and “Setting Down Roots and Seeking New Avenues.” The exhibition explores the turmoil of Korean art from the Japanese colonization (1910-1945), Korean War (1950-1953) and thereafter.

The first section “Adoption and Transformation” features works that were made during the Japanese colonization. Western-style oil paintings began to emerge during this period with new terms such as “figure painting,“ ”still life“ and ”landscape painting“ coming into use. “Paradise” by Baik Nam-soon and “Peach Blossom Spring” by Lee Sang-beom are on show in this section.

Upon entering the exhibition hall, Baik’s “Paradise” comes into sight. Baik was said to have worked on the painting in 1936 with the intention of giving it as a wedding gift for a friend. The large-scale landscape painting represents how Korean artists of the time creatively embraced both western and Korean art in their work. The painting is Baik’s sole extant painting.

The second section “Shows of Individuality” explores how Korean artists pursued their profession during the Korean War and in the post-war period. Works by Kim Whan-ki, Lee Jung-seop and Park Soo-keun are on display in this section.

Another significant artist introduced here is Yoo Young-kuk, a pioneering Korean abstract artist who established his unique compositional approach to art. He also led many avant-garde groups in Korea along with Kim Whan-ki, his close friend.

Because Yoo’s color paintings are light-sensitive, “Work,” completed in 1972, was one of the few paintings that underwent restoration before being put on display, according to the museum.

The last part of the exhibition “Setting Down Roots and Seeking New Avenues” features artists who had expanded their presence abroad, including Lee Ung-no, Nam Kwan, Chun Kyung-ja and Rhee Seund-ja.

Rhee Seund-ja’s painting “A Thousand Years of Old House” holds an important place in the artist’s career. Rhee went to France in 1951 to establish her artistic career, leaving her three sons behind in Korea. Rhee had said the numerous brushstrokes are a representation of how much she missed her sons, each stroke an attempt to shake off her guilt as a mother who had come to France alone.

“My sons will be able to lift a spoon if I lift my brush,” she once said, reflecting her resolve to become a successful artist. She pursued her career as a painter in France until the mid-1960s.

“The painting is Rhee’s representative piece. I was very happy when I learned the painting had become a part of the museum’s collection,” Park said. 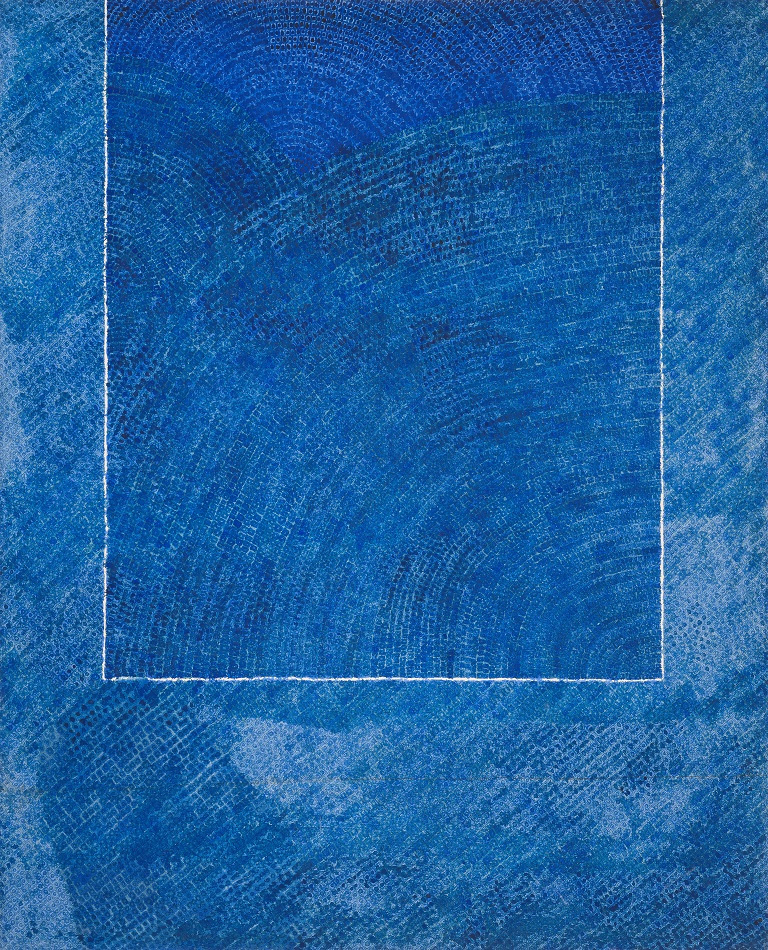 "Echo 19-II-73#307” by Kim Whan-ki (Whanki Foundation, Whanki Museum)
Opened in 1969, the MMCA is dedicated to Korean modern and contemporary art. Including the addition of the 1,488 works donated by Lee, the museum now has a collection of 10,621 artworks, with 55 percent of the collection acquired through donations.

The latest acquisitions are currently undergoing a MMCA collection registration process. The newly updated collection will be uploaded on the museum’s website.

The museum plans to host special exhibitions featuring Lee’s collection in the coming years, including an exhibition next year that commemorates the first anniversary of the donation which will be held in collaboration with the National Museum of Korea.