It was a tightly-packed four-hour show that offered a variety of entertainment, from stage performances of the band’s iconic songs to themed acts where members pretended they were newscasters or athletes competing in a sporting event.

The pre-filmed clips and photos showed the members in pajamas, laying on a couch and eating snacks, as a sign of solidarity for their fans who were most likely watching from home.

The members also showed themselves sitting at an empty stadium during the fan meeting, and told their fans that they hope to see them there soon. Throughout the virtual meetup, they exuded a cheerful and optimistic attitude. 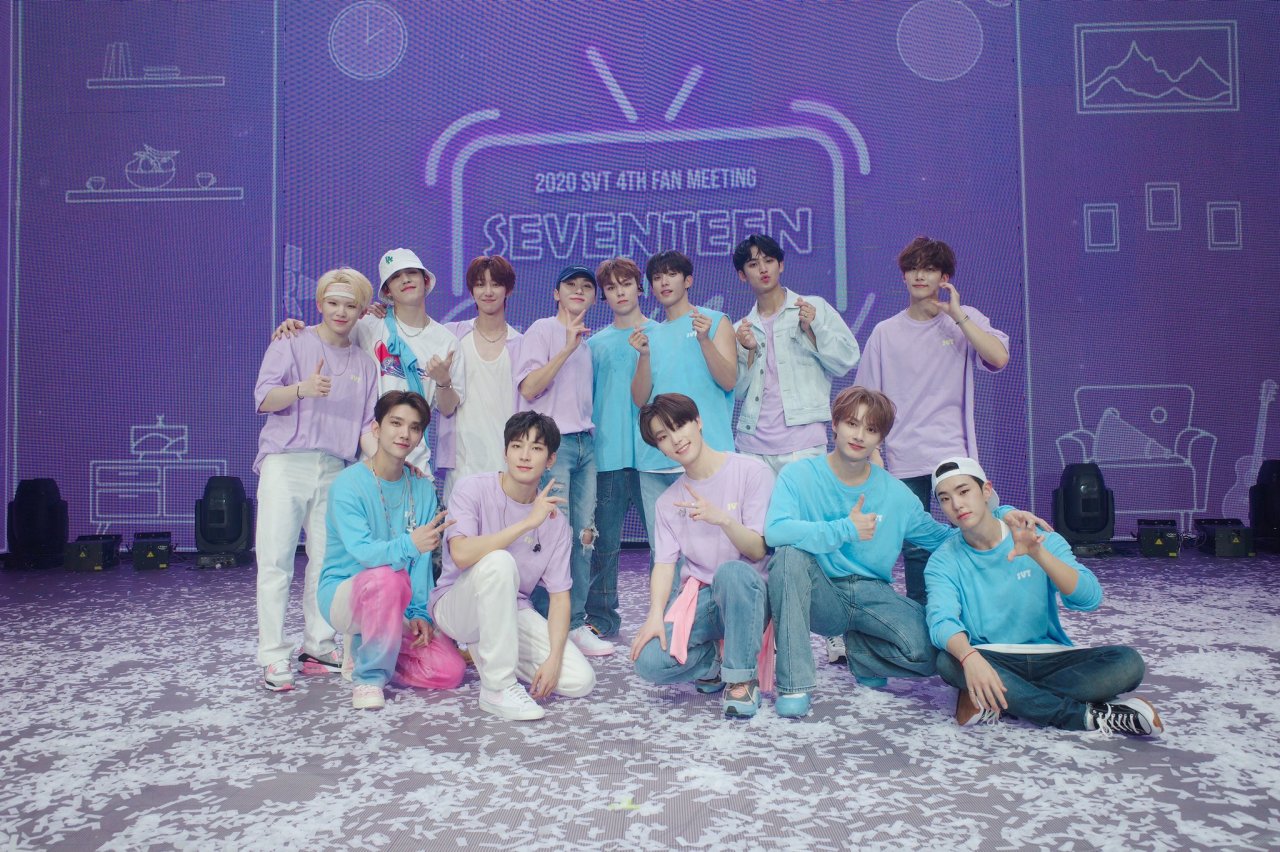 "Seventeen in Carat Land" (Pledis Entertainment)
“We were supposed to meet earlier but it had been on hold, so it’s been even more fun to see you Carats today,” said member Hoshi. “While we aren’t in the same physical space, it was very meaningful for me because I got to read your comments and see your individual reactions.”

“This way, everyone gets to sit in the front seat while wearing pajamas and eating whatever you want in the most comfortable position,” added member Woozi.

“Whatever happens we are always together. And by reading the comments, I get this incredible feeling that we are all dancing together,” said member Junhui.

The fan meeting was streamed to over 120 countries and offered a multicamera feature that allowed viewers to access 14 different camera angles -- one that captured the whole team and 13 that showed close-ups of each member.