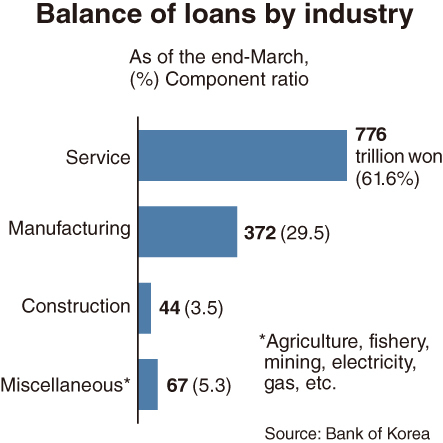 Loans taken out by self-employed people and businesses in the January-March period increased by the largest amount ever in the wake of the pandemic, data showed Wednesday.

According to the quarterly statistics released by the Bank of Korea, the balance of loans by industry was 776 trillion won ($637 billion) at the end of March.

It was up 34 trillion won from December last year, the largest increase since 2008 when the statistics began to be compiled. It was also up a record-high 13 percent on-year.