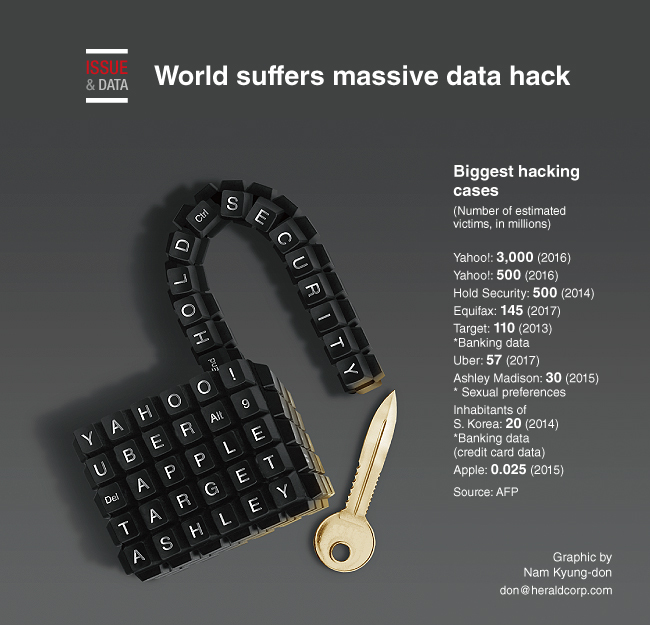 The 2016 data hack on 57 million Uber riders and drivers is among the biggest ever thefts of online users’ personal information.

Here are some previous cases:

In 2013, Yahoo was hit by hackers that affected all 3 billion accounts, which was the biggest cyberattack in history, and another attack affected 500 million accounts in 2014. Both were revealed in 2016.

In 2014, South Koreans scrambled to stop money being siphoned from their bank accounts after it emerged that data on 20 million credit cards had been stolen over several years.

In 2015, computer security experts discovered a virus dubbed KeyRaider that targeted Apple iPhones and iPads, and which had already affected 225,000 Apple accounts.