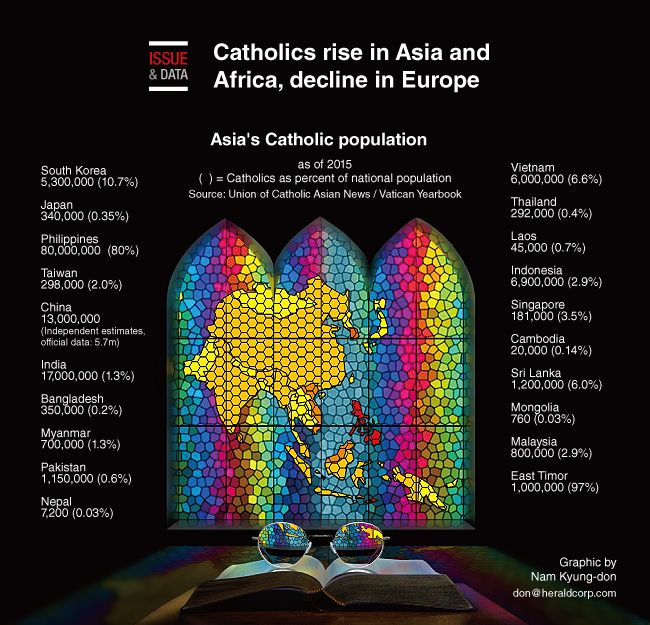 The statistical yearbook of the Vatican registers an overall increase of 1,285 million of baptized Catholics in 2015, with 49 percent living in the Americas.

In five years, Catholics in Asia, and especially in Africa, have grown from 15.5 percent to 17.3 percent of the world‘s total.

Of the world‘s Catholics, almost 49 percent live in Latin America, including the Caribbean. Europe is home to 22.2 percent of the global Catholic population; 17.3 percent are in Africa; 11 percent are in Asia; and just under 1 percent are in Oceania and the South Pacific, data showed.