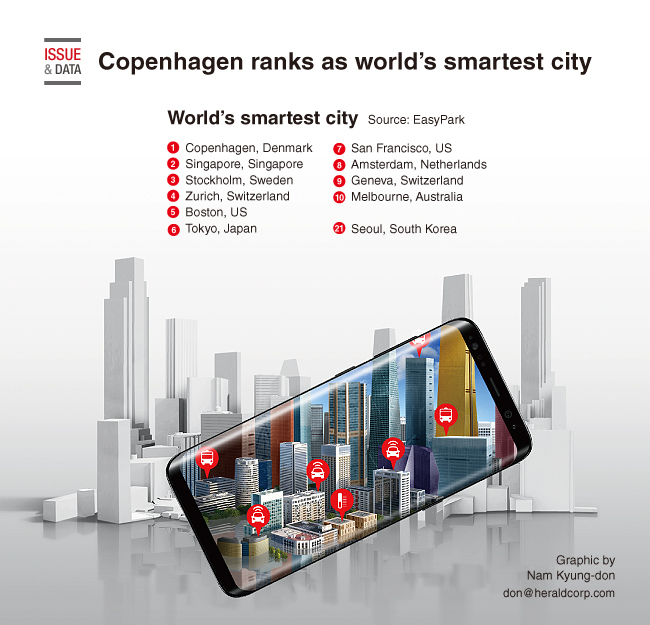 Copenhagen is found to be the ultimate smart city with Singapore trailing close behind in second place, according to the 2017 Smart Cities Index produced by European parking app EasyPark,

The Danish capital is ranked at the top for scoring particularly high marks in terms of smart parking, smart buildings, robust business ecosystems and smartphone penetration.

Cities like Stockholm, Zurich, Boston trailed close behind in third, fourth and fifth, with Tokyo being the only other Asian city making it to the top 10 list at No. 6. The survey placed South Korea’s capital city Seoul in 21st.