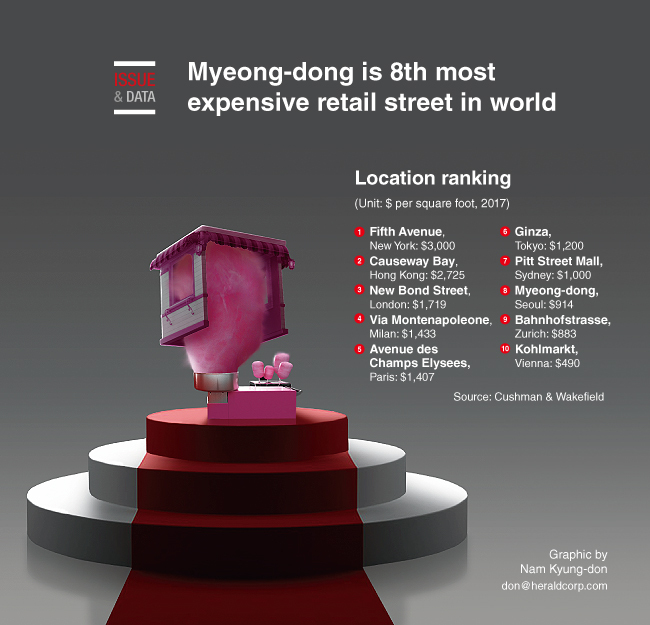 South Korea's Myeongdong has been ranked world’s 8th most expensive retail district with annual rents at $914 per square foot, according to Cushman & Wakefield’s 2017 Main Streets Across the World retail report

New York's 5th Avenue retained the most expensive main street in the world with annual rents at an average of $3,000 per square foot per year.

The report is based on rent per capita and tracks 462 of the top retail streets around the globe.