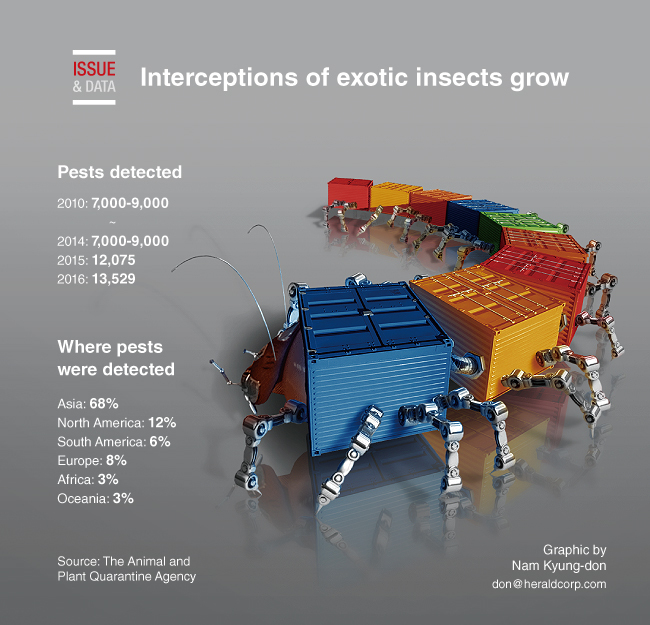 Nearly 70,000 cases of exotic diseases and insect pests were detected at airports and sea ports across South Korea over the last seven years, government data showed, pointing to a possible loophole in the nation’s quarantine system for imports.

The number of interceptions of non-indigenous diseases and insect pests at airports and ports nationwide from 2010 to 2016 amounts to 69,445, according to the data of the Animal and Plant Quarantine Agency.