[Graphic News] Fourth ‘comfort woman’ statue put up in US 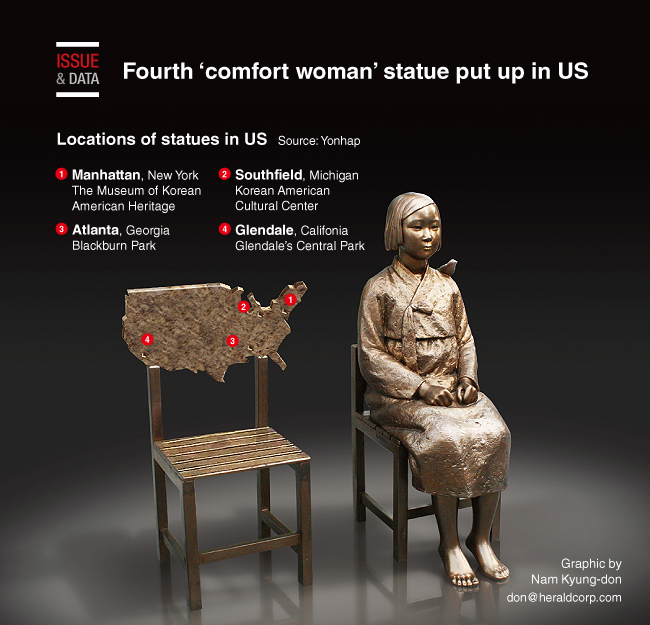 A statue symbolizing the victims of Japanese wartime sexual slavery was unveiled in New York, a local Korean association said.

The girl statue was installed inside the Museum of Korean American Heritage in Manhattan following an unveiling ceremony at the site.

Historians estimate that some 200,000 women, mostly from Korea, were forced to work in brothels for Japanese troops during World War II. Korea was a Japanese colony from 1910-45.

The statue is the fourth of its kind in the United States.

The others are in California, Michigan and Georgia.